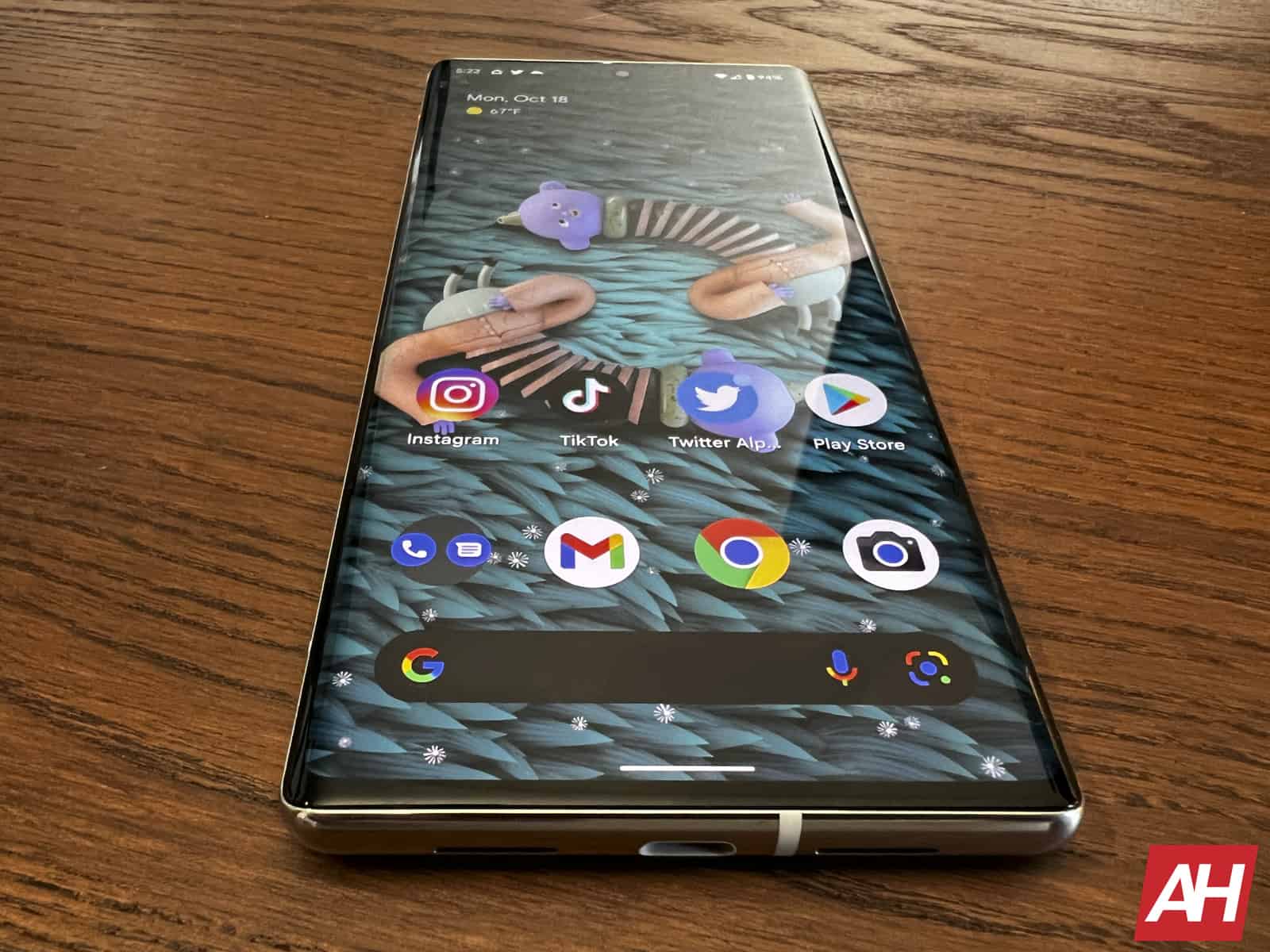 Android 13 is upgrading the taskbar. Giving you more room to store your app icons for quick access to your favorites. This is something that was made available today as part of the first developer preview for Android 13. Which Google surprisingly released earlier this morning.

Of note though, is that only devices with larger screens will have room for six apps on the taskbar with Android 13 installed. Basically, don’t expect to see this feature available on phones with small displays, but rather a phone with a display the size of the Pixel 6 Pro’s.

If you’re unfamiliar with the Android taskbar, it sits at the bottom of the home screen as you might expect. But it currently only allows for 5 apps.

The Android 13 taskbar has a fixed 6-app limit

In a bit of a strange move, the new taskbar doesn’t just add an additional app slot. It also fixes the amount to six apps. So while it is possible to remove an app from the bar, if you do so, one of two things can happen from that point forward.

First, if you remove the 6th app, then Google will assign you a suggested app based on what you use most. This will fill the 6th slot and keep things uniform. You can however disable suggested apps. This is where things get a bit weird.

Because if you disable this feature, then the taskbar moves down to five apps with a blank slot at the end. Or with more slots depending on how many apps you pull off the bar. Where as in Android 11 and Android 12, the taskbar will shrink to accommodate the change in number. In Android 13, there’s no shrinking.

Which means you end up with an odd-looking taskbar that’s no longer centered. Since this is the first developer preview it’s entirely possible that this will change later on. And remember there will be 6 developer preview builds before the beta, and then the eventual launch.

That’s a whole lot of time for Google to make some tweaks. And this is one tweak we’re hoping that Google makes. If you’ve got a Pixel device and want to check out the developer preview for yourself, you can find out how to install it here.