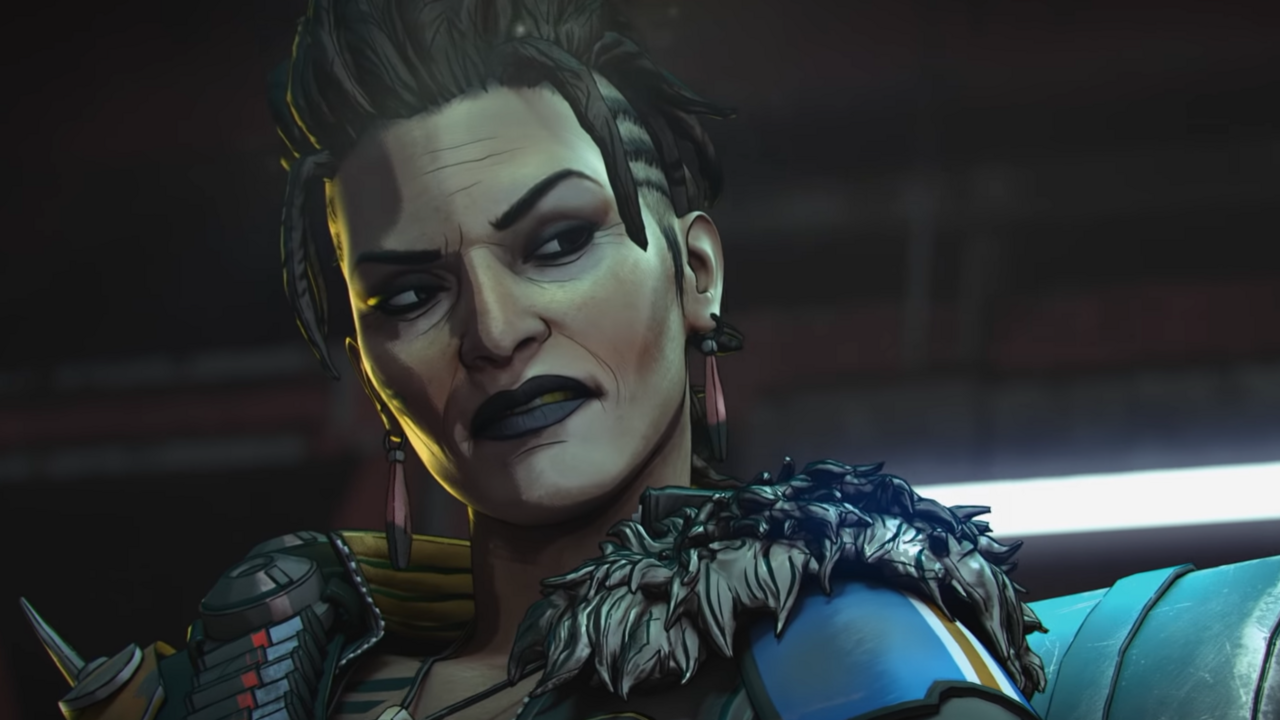 Each season of Apex Legends brings with it an exciting new legend to the roster, and Season 12 is no different. This season has introduced rebel warlord Mad Maggie as a playable character, and she’s most definitely bringing the heat. She’s all but certain to have major impacts on the meta throughout Season 12, as her kit provides a collection of useful abilities that make her a top-tier character for aggressive players looking for an alternative to the typical Wraith and Bloodhound picks. We’re going to dive into what makes Mad Maggie tick, dissect her abilities, and examine her synergy with the wider Apex Legends roster.

The abilities make the legend

It’s clear from a quick glance that Mad Maggie’s kit is all about mobility and aggression, promising big rewards for fast-paced play. Let’s take a look at everything she brings to the table.

Mad Maggie’s passive Warlord’s Ire is one of the primary reasons she’s such a good pick for any bold, in-your-face type of player. Her ability to move faster with a shotgun makes her immensely dangerous in close-quarters combat, especially in small buildings and hallways where she can close gaps very quickly. Additionally, damaging enemies momentarily scans them, giving you a brief opportunity to strategize how to approach them next when they reposition behind cover.

Her tactical Riot Drill is a hard counter to defensive legends and anyone using doors or other cover to heal. As a matter of fact, it’s the very first ability in the game able to breach Gibraltar’s bubble. The drill lasts around 10 seconds and does 4 damage per tick up to 160 total damage, making it fantastic at keeping people out of specific cover that you don’t want them hiding behind or near. With a 22-second cooldown, this big boy can be used with enough frequency to scare the hell out of anyone who dares hang out on the other side of a wall from you.

Lastly, her ultimate Wrecking Ball offers a multitude of boons to an engagement. Foes hit by the ball take only 20 damage, but the subsequent explosion causes them to suffer from a concussive effect for a short period after the explosion. The most important use of the ability, though, is the blue spots it leaves on the ground in a zig-zag pattern, each offering a 30% speed boost for you and your teammates to make pushing into an area a quick affair.

A shotgun a day keeps your enemies, well, dead

Getting the most out of Mad Maggie requires you to play fast and aggressively, preferably with a shotgun. The extra movement speed you gain from having your shotgun out is no joke, and it can make a world of difference when trying to advance on a team, especially if they have mobile characters, too. When you land, your first goal should be to round up a Peacekeeper, Mastiff, or Eva-8. Even a Mozambique with the Hammerpoints hopup – which does 35% more damage to unshielded enemies – can be a viable option.

Note that the speed boost received from shotguns is only applied when you have it in your hands. Luckily, since you move about the same speed with it out as you would when having your guns holstered, there’s rarely a reason not to keep it at the ready. When you’re in a gunfight and need to reposition or flank an enemy’s position, switch to your shotgun to grant you that extra mobility without completely sacrificing your ability to fight back.

Defenses are no match for a really big drill

We all know how it goes: You put an enemy on one shot and they quickly find the nearest door to stand behind to block you out while they pop a shield battery. With Mad Maggie, that’s not really a viable solution, as her Riot Drill can quickly flush them out. It deals around 16 damage per second, which could potentially kill them if they were low enough when initially escaping from you.

Moreover, the Riot Drill can even be used through fairly thick walls. So if you’re certain you know where an enemy is standing on the other side, you can get them moving pretty quickly with a well-placed drill. If you aim it on the corner of a piece of outdoor cover, such as a crate, it can pierce through to put damage on that pesky enemy that has been ducking in and out taking potshots at you with a Longbow for the past minute straight. And don’t forget that she can counter a Gibraltar bubble, so don’t be shy about burning through that bubble to interrupt heals and rezzes.

You’re a monster of synergy

What makes Mad Maggie such an incredible pick is how well she complements and is complemented by a large portion of the current Apex Legends roster. Most notably, she works fantastically with scanning legends like Bloodhound or Seer, as it allows her to see where enemies are hiding behind cover and promptly hit them with a Riot Drill. When you couple this with her own ability to briefly scan enemies that she’s damaged, this makes it fairly easy to keep up with your opponents’ movement.

Meanwhile, Mad Maggie also works exceptionally well with Bangalore. It can be hard to play Bangalore effectively, as your smoke can disrupt your teammates’ ability to see enemies just as much as it hides you from enemy fire. This is somewhat less of a problem with Mad Maggie because simply landing a stray shot on an enemy through the smoke will reveal them long enough to track and damage them pretty significantly. A Bangalore and Mad Maggie combo with excellent communication could make quick work of a team by using a mixture of the former’s smoke and the latter’s ultimate to create plenty of disorientation.

Lastly, while it’s true that Mad Maggie is typically best in aggressive scenarios, don’t sleep on her ability to work well with defensive legends in select situations. A good example would be a standoff between you and an opposing team wherein you’re all whittling away at one from behind cover. If you have a Rampart on your team, you can have her set up a base of fire with her amped walls and then quickly use your Riot Drill to flush the other team out, granting you an opportunity to deal huge damage from behind the comfort of protection. That is, of course, unless they have a Mad Maggie of their own who uses her Riot Drill to get you out from behind Rampart’s walls. It goes both ways, you know.

Though you may initially feel the need to hold on to Mad Maggie’s ultimate ability, it’s a much better idea to use it with frequency. Much like Octane’s jump pad, Wrecking Ball has a very quick cooldown, making it worth tossing out any time you or your team need to approach a fight or point of interest more quickly. Seeing as it drops a shocking amount of speed boosting pads in front of you, it can also be helpful for crossing dangerous open areas, too.

Wrecking Ball can be grant you a surprising amount of utility in close-quarters combat as well. Throwing it into a room full of enemies inside a building will cause it to bounce off walls and potentially disorient them as it drops speed boosting pads all across the floor. Immediately after, you and your team can push in and use the pads to move rapidly throughout the room as you blast your opponents away in style.

You have an arch-nemesis, but you still have options

Few characters in the game could be considered a hard counter to Mad Maggie, but Wattson is exactly that. She’s undoubtedly the biggest threat to your success due to her ultimate ability, which creates a pylon that intercepts any type of ordnance. This means that any attempt to use your Riot Drill or Wrecking Ball against a team with a pylon very close by will be useless for anything except giving you a cooldown and frown.

If you know or suspect that a Wattson has a pylon out near you, you have some options, though. First of all, of course, you can destroy it with gunfire so that you can go back to making full use of your kit as normal. Additionally, the pylon has to be able to see your drill to destroy it, so if there is one behind a wall, you can actually shoot the drill at said wall and burn the pylon through it. Sneaky!

For more on Apex Legends, check out our Season 12 legends tier list, and take a look at what you can earn in the newest battle pass.