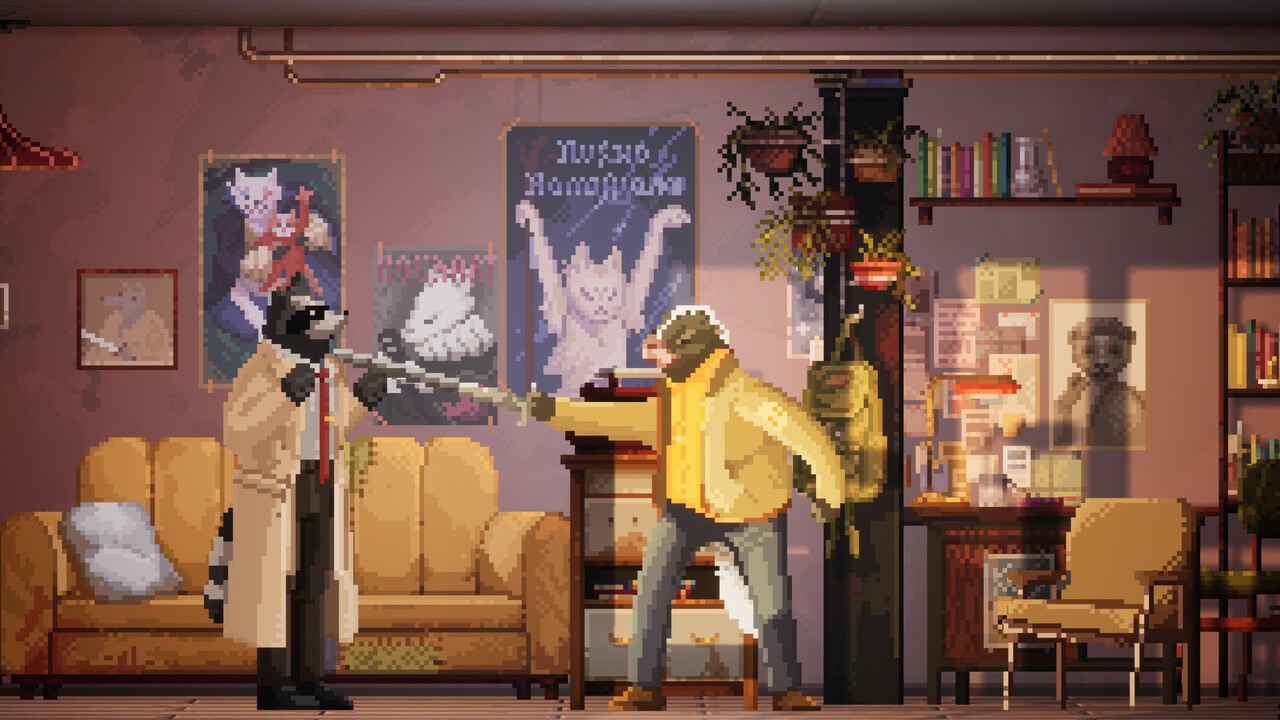 We’re starting to see some intriguing eShop announcements for the next few weeks and another to join the ranks is Backbone, developed by EggNut and published by Raw Fury; as you can see in the trailer above it hits Switch on 9th February.

It’s a mature narrative adventure with a dystopian setting; you can see some of the blurb below.

Backbone is a post-noir narrative adventure. Become raccoon private eye Howard Lotor and explore dystopian Vancouver inhabited by animals as you uncover a deeply personal story of change and transformation.

Backbone is inspired by film noir, weird sci-fi, post-soviet aesthetics, modern political regimes, the works of Lynch and Kaufman, and existential philosophy of Sartre. It is a linear, cinematic narrative experience that subverts genre and challenges your perception of what it means to be a person.

It’s had a mixed reception on other platforms, partly as a consequence of promises in a previous Kickstarter campaign not all appearing in the final game. Various mechanics and ideas were once in the pitch but it evolved into a seemingly linear experience. Our colleagues at Push Square were left unimpressed in their review.

The game does have its fans, though, and opinions are certainly varied.

Are you intrigued by Backbone coming to Switch?