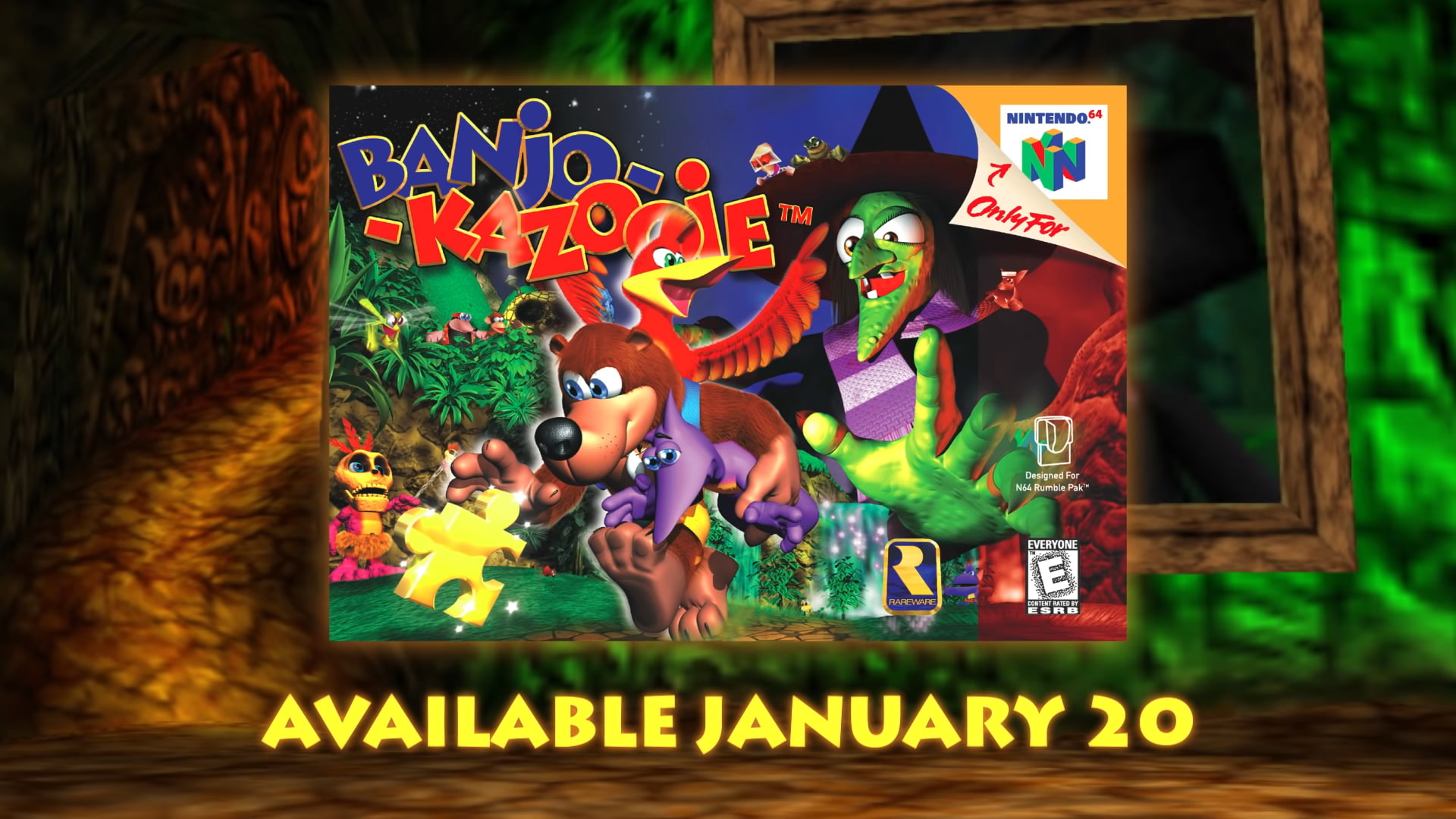 Those who subscribe to the will be able to play another classic on January 20th. That’s when Banjo-Kazooie comes to the service. Nintendo that the platformer would hit Expansion Pack — which offers Nintendo 64 and on top of NES and SNES titles — sometime in January.

Banjo-Kazooie, which was originally released in 1998, tasks players with finding musical notes and jigsaw pieces in 3D environments so they can progress and ultimately rescue Banjo’s sister, Tooty. Here’s hoping Nintendo has smoothed out the emulation issues that plagued several N64 titles when Expansion Pack arrived in .

Banjo-Kazooie will return to a Nintendo system on a busy day for game releases, albeit mainly on non-Switch platforms. and debut on Thursday and both on all three versions . So too will the . Expeditions: Rome arrives on the same day and, perhaps most importantly of all, the adorable-looking dog photography game Pupperazzi comes to Xbox and PC.