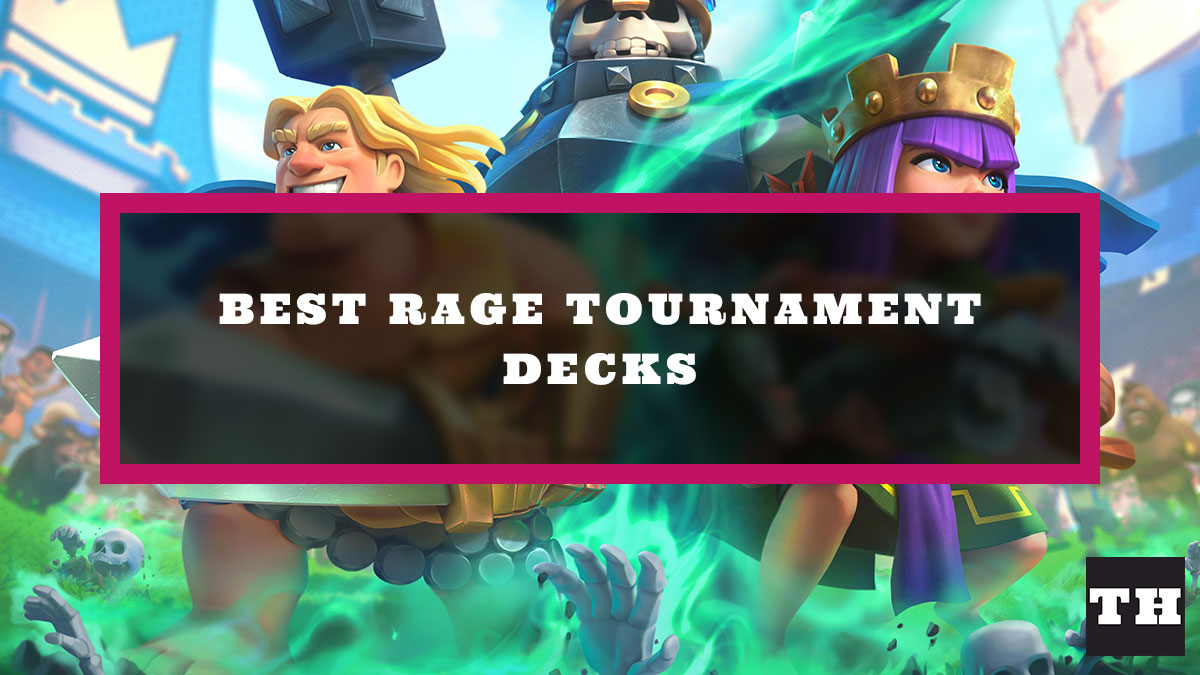 In the Clash Royale Rage Tournament, the entire arena is affected by the Rage Spell! That means the attack speed and movement speed is increased by 35% of your troops and towers. You will need to utilize a deck that will take advantage of these buffs if you are going to be successful. If you can make it to the top 100, you will earn an exclusive emote and a ton of bonus gold. We’ll be taking a look at the best decks you can play to make this a reality!

Take a look at our post about the Best Decks in Clash Royale for more things that you can play!

The Rage Tournament is a pretty chaotic event that will have you fighting against a variety of different archetypes and some cards that you rarely see in normal play. Earthquake is going to be an important cards against certain decks, due to the increased amount of building cards that show up in this meta.

We’re featuring decks that have helped top players reach high up on the tournament ladder below!

The current player at the top of the tournament leaderboard ran this 3.0 cycle decks for the majority of their run. They have switched things up in later matches, but this was the deck that got them a bunch of wins. You will need to run Archer Queen, Earthquake, Fire Spirit, Hog Rider, Skeletons, Tesla, The Log, and Valkyrie.

Tesla can be swapped out for Mirror, which was something that they did in various matches.

You are going to see a lot of buildings in this tournament, which means SimCity decks are going to be well-represented on your climb upwards. One of the most common is going to be this Mega Knight list that runs: Cannon Cart, Earthquake, Fireball, Flying Machine, Furnace, Goblin Hut, Mega Knight, and Mother Witch.

This deck gets its name from the fact that you will be placing a ton of buildings down, which will end up looking like a city! SimCity is an older city builder that popularized the genre.

Another top performing list is this deck that features Bats, Dart Goblin, Furnace, Miner, Poison, Skeleton Army, Skeleton Barrel, and Skeleton King. Flood your enemy with skeletons by running this list, and then dig to their tower with a surprise Miner!

Those are all of the best decks for the Rage Tournament in Clash Royale! We’ll try to add some additional decks as the event goes longer and people figure out what works even better!