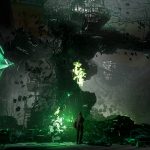 Video game publisher All in! Games and development studio The Farm 51, are pleased to announce that the highly anticipated next-gen console version of Chernobylite will be released on April 21. Additionally, the date marks the release of the PC Enhanced Edition, the Blue Flames DLC, and a physical edition of Chernobylite for PS5 published by Perp Games. The game won Indie DB’s ‘Indie of the Year’ Player’s Choice Award, was featured in Steam’s ‘Best of 2021’ list and has no intention of slowing down in 2022. Based on Chernobylite’s content roadmap, players can expect continuous game enhancements and more content updates throughout the year.

“If last year is any indication, Chernobylite has taken a worthy place among the best indie games of 2021. The next-gen release is the natural next step that fans of the game have been eagerly awaiting,” said Piotr Żygadło, CEO at All in! Games. “We’re proud to say that it will be the biggest visual revamp of the game so far and that due to the simultaneous release of the PC Enhanced Edition, players across all platforms will undoubtedly benefit.”

The upgrade to the next-gen version of Chernobylite and the PC Enhanced Edition will be available for owners of the game through a free update. Both updates will introduce ray tracing and will greatly improve the game’s already hyper-realistic visuals. The next-gen versions specifically will also add two new graphic profiles: 4K (Dynamic) 30 FPS and 1080p (Ultra Details) 60 FPS and the PS5 update will additionally add features for DualSense Controllers such as advanced vibrations and adaptive triggers as well as compatibility with PlayStation’s Activity Card feature.

To make the day even more eventful, Blue Flames, the first of four scheduled content drops for 2022, will be released for all platforms. Blue Flames will offer a free content update, ‘Memories of You’; a new weapon, the Silent Assassin crossbow (pictured below); and a paid content pack. With ‘Memories of You’, players will learn more about Tatyana and Igor’s fateful backstory through new events and collectibles.

Chernobylite is a science-fiction survival horror RPG, set in the hyper-realistic, 3D-scanned recreation of Chernobyl’s Exclusion Zone. You’ll take on the role of Igor, a physicist and ex-employee of the Chernobyl Power Plant, returning to Pripyat to investigate the mysterious disappearance of his fiancee, 30 years prior. Compete with a hostile military presence and other stalkers, face supernatural creatures as well as a harsh and unforgiving environment in your search to uncover the truth. Get ready for a thrilling adventure of survival, conspiracy, horror, love, and obsession. Will you survive your fears?

About All in! Games

All in! Games is a publicly-traded video game publishing and production house based in Krakow, Poland. Founded in 2018, the team creates and supports local and international games for PC and consoles. All in! Games’ portfolio features titles such as Chernobylite (The Farm 51), Paradise Lost (PolyAmorous), Alaloth: Champions of The Four Kingdoms (Gamera Interactive), Tools Up! (The Knights of Unity), and many more.