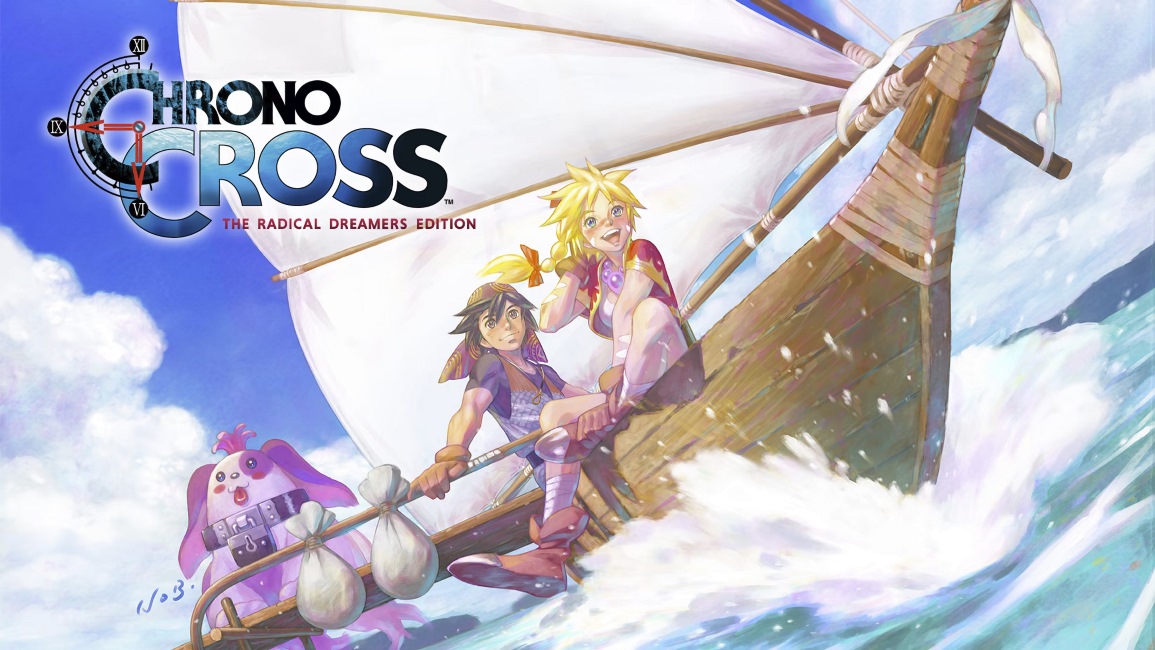 Chrono Cross: The Radical Dreamers Edition finally saw the return of classic RPG after two decades, and producer Koichiro Sakamoto spoke about the remaster during a lengthy interview.

Square Enix recently published the discussion with Sakamoto on its site. In it, he commented on why this was the right time for Chrono Cross to return (and revealed that work started with the 20th anniversary in mind), the challenges involved with the remaster, the future of the Chrono series, and more.

Why do you think Chrono Cross is so fondly remembered?

I personally think that one of the great appeals of Chrono Cross is that the depth of its story lives up to that of the previous game, Chrono Trigger.

Because of this, it’s still a game that remains dear to those who played it at the time, and one which they still want to talk about to this day.

Also, I get the impression that it’s still gaining new fans to this day – some people have recently discovered Chrono Trigger and started to examine its link to Chrono Cross.

Is that why now’s the perfect time to introduce the game to new fans?

Actually, to tell you the truth, we started development with the 20th anniversary of Chrono Cross in mind, but we ended up putting a bit too much effort into development!

As a result, we couldn’t make it in time for the 20th anniversary – so please think of it as having three years’ worth of extra excitement packed into the game!

What has changed or been added for this new version of Chrono Cross?

There are a lot of changes and enhancements, but if I was to speak to the main ones, then it would be that the 3D models have been given an HD treatment, (original character designer) Mr Nobuteru Yuuki has worked on refining the character illustrations and a new key visual, and that the music has been refined by (original composer) Mr Yasunori Mitsuda.

In addition, some features have been added to make the game easier to play. For example, there’s now a function to turn enemy encounters on or off, and a battle boost feature to make combat easier.

The new features like the ability to speed up time, avoid encounters and boost yourself in battle make the game easier to play. Why did you add these features?

They’re primarily included for people who have played Chrono Cross before. The new features mean that they can, for example, play through to just enjoy the story again.

Furthermore, Chrono Cross is a game with multiple endings. Once you’ve seen one, it might be a good idea to use the new features while you search for the other endings.

Of course, first-time players can use these features as well, but I wouldn’t really recommend it. The battles in Chrono Cross have a lot of depth and are interesting themselves, so I believe that first-time players will enjoy the game more if they don’t skip the battles.

Well, this is just my opinion, but I think a lot of people who originally played games on SNES and PlayStation are now working adults. And even some younger people don’t have a lot of time available.

I imagine that these new features are extremely useful for these people who don’t have hours to spend on gaming, but who still want to enjoy playing them in the short amount of time they have.

Chrono Cross: The Radical Dreamers also gives you the option to switch the new visual elements back to the original style. Why was important to implement that feature?

Square Enix has previously released a few remastered games, and there’s been feedback from fans that they’d like to play with the original graphics, as well as having the refined presentation.

Therefore, we decided to implement a function which would let you switch between the two.

Chrono Cross is famous for the large number of party members available. Were you tempted to add any more for this new version of the game?

We didn’t even contemplate it.

First and foremost, we considered the number of party members in the original game to be more than enough! We also have a lot of respect for the original game and decided that it wouldn’t be right for new story or characters to be added in by people who hadn’t worked on it.

Who are your favorite characters and why?

I think it would be Kid, Lynx, and Mojo.

This answer treads fairly close to spoiler territory, but for Kid, it’s because she becomes a key character through the entire game, and Lynx’s complex storyline makes the game more exciting.

What’s been the most challenging thing about working on Chrono Cross: The Radical Dreamers?

It’s a real shame, but unfortunately the game program and graphical data weren’t preserved in their complete form.

That means that at the start of development, we couldn’t recreate the original version on any hardware other than the PlayStation.

How did you overcome that challenge?

By investigating the data that had been preserved, and by playing the game ourselves, we were able to determine what was missing, and worked to add it back in.

I can only express the deepest gratitude for the tremendous efforts of the companies involved with development of this remaster!

Radical Dreamers – Le Trésor Interdit – is included in this new release. For those fans who may be unfamiliar with this game, why should they be excited?

Radical Dreamers – Le Trésor Interdit – was exclusively available for the Satellaview in Japan, so I imagine a lot of people haven’t been able to play it.

But one of the scenarios in Radical Dreamers – Le Trésor Interdit – is connected to Chrono Trigger, and it’s also related to Chrono Cross – so we thought that it’s a game that fans of the Chrono series would definitely want to play!

What would you say to someone who hasn’t played Chrono Cross at all before?

If you haven’t played Chrono Trigger, then please take this opportunity to play both of them! It doesn’t matter which order you play them in!

Do you have a message for fans who have been waiting so patiently to play Chrono Cross again?

I hope you’ll enjoy revisiting the interesting, complex story of the Chrono series!

Finally, fans always ask so we have to – will we see a brand-new entry in the Chrono series?

There are no plans at the moment. I don’t know what the future holds either.

Chrono Cross: The Radical Dreamers Edition is out now on the Switch eShop worldwide. If you’re interested in securing a physical version, we have information about that here.