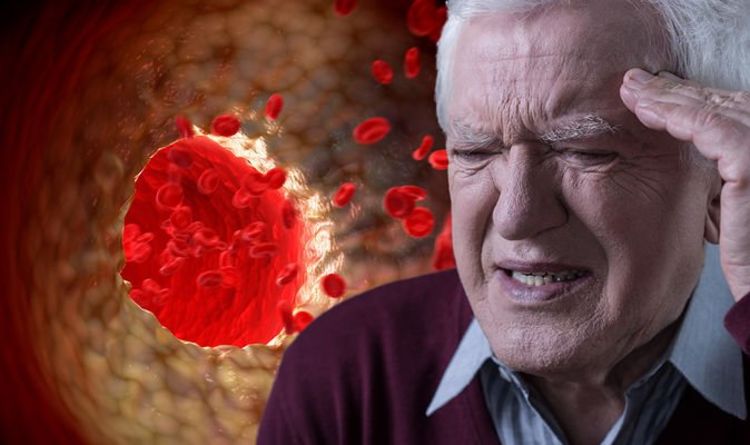 Dementia rates are rising inexorably across the world and families and healthcare systems are bearing the brunt. Identifying the risk factors early on is key to turning the tide on the dismal statistics. New research published today provides further hope of forestalling dementia.

The research, published in eLife, has found heart disease – a modifiable condition 2.3 million people live with in the UK – can directly cause brain dysfunction early on.

According to the scientists involved in the study, this could lead to dementia and can treble the amount of an Alzheimer’s protein in the brain.

The research has found that heart disease causes a breakdown of a key brain function which links brain activity and blood flow, meaning the brain gets less blood for the same amount of activity.

This is happening in heart disease patients before the build up of fat in the brain’s blood vessels (atherosclerosis) and is a prelude to dementia.

Until now it has been unclear how some forms of vascular dementia can happen years before atherosclerosis in the brain.

The researchers also discovered that the combination of heart disease and a genetic predisposition for Alzheimer’s Disease trebles the amount of beta-amyloid, a protein that builds up and triggers Alzheimer’s, and increases the levels of an inflammatory gene (IL1) in the brain.

Doctor Osman Shabir, lead author of the study from the University of Sheffield’s Neuroscience and Healthy Lifespan Institutes, said: “Alzheimer’s Disease is the most common form of dementia worldwide and heart disease is a major risk factor for both Alzheimer’s and dementia. The new findings are key to furthering our understanding of the links between heart disease and dementia.

“We’ve discovered that heart disease in midlife causes the breakdown of neurovascular coupling, an important mechanism in our brains which controls the amount of blood supplied to our neurons. This breakdown means the brain doesn’t get enough oxygen when needed and in time this can lead to dementia.”

The team have since been awarded a three year grant by the British Heart Foundation to look at the use of an arthritis drug which targets IL1 to see if it could reverse or reduce the brain dysfunction seen to be caused by heart disease.

Other risk factors for dementia

Unfortunately, some risk factors for dementia cannot be changed.

“In some rare cases, dementia is caused directly by a single-gene disease,” explains the Alzheimer’s Society (AS).

In these cases, the dementia can be inherited from parent to child, explains the health body.

“Of the four most common types of dementia, frontotemporal dementia (FTD) is most likely to be caused by a single-gene change,” it adds.

The most common risk factor you cannot change is age.

This means as a person gets older, their risk of developing dementia increases a lot.

“For people aged between 65 and 69, around two in every 100 people have dementia. A person’s risk then increases as they age, roughly doubling every five years,” explains Alzheimer’s Research UK.

It’s worth nothing that around four in every 10 cases of dementia may be prevented by avoiding some of the risk factors, evidence suggests.

Risk factors you cannot modify include: