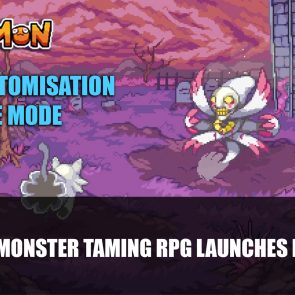 Publisher Freedom Games and developer TRAGsoft have announced the monster taming RPG Coromon will be coming to Switch and PC on March 31st.

Coromon a monster taming game will be coming to both Switch and PC on March 31st. Taking on the classic turn-based RPG mechanics adding a robust system with some new additions such as online battles and customisable statpoints.

The title has a few different difficulty modes including the more challenging built-in “Nuzlocke” mode that adds further challenges such as, if your monster faints it’s out of the game. There are also some differences to the usual Pokemon-esque type games, one being the battle system is stamina based, meaning you have to choose your moves carefully and taking on a more tactical approach. You can afflict your opponent’s stamina, apply conditions and deal damage. 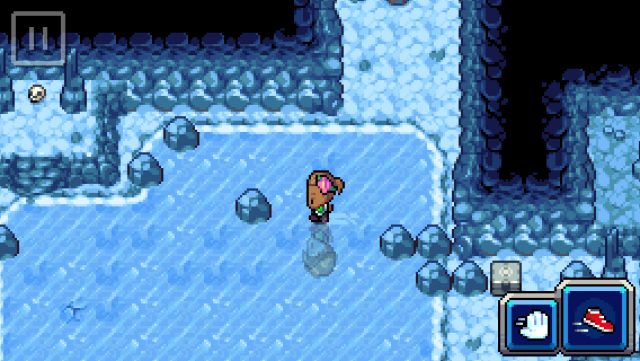 Explore Velua to find out more about the mysterious Titans

Coromon boasts 120 monsters to tame, with different types such as sand, magic, foul, heavy, air, poison and more. Battles will take place in dungeons, on the side of the road or even in more challenging settings such as multi-stage boss fights against six Titans set on disrupting Coromon’s way of life.

The title takes on a retro pixel art style, as you traverse different regions that have their own climates and solve puzzles. As players take on the role of an aspiring researcher, a part of the organisation Lux Solis. Together with the Titan Taskforce you will embark upon investigations to find out more about the six Titans located in Velua.

The game looks to be heavily inspired by classic Pokemon games, but sets to bring its own twist on the genre, having customisable statpoints, built-in difficulty and randomiser modes.

Coromon will release on PC via Steam and Epic Games Store and Switch on March 31st 2022 for $19.99, available with English, French Italian, German, Spanish, Portuguese (Brazilian), Russian, Japanese, Korean, and Chinese (Simplified) language support.  There is also a demo available if you want to check out the game now. While you wait for games such as Coromon and Pokemon Legends Arceus, be sure to check out Monster Hunter Stories 2 for more turn-based action.

For more news find it here in Castle Morihisa Is A Roguelike Cardgame Set In Feudal Japan Releasing February 2022 and The Waylanders Gets Character Teasers Ahead Of Leaving Early Access Next Month. If you want more monster capturing be sure to check out new details on Pokemon Legends Arceus in Pokemon Legends Arceus Gets New Gameplay Preview Features Losing Items After Fainting Plus More Gameplay Mechanics.