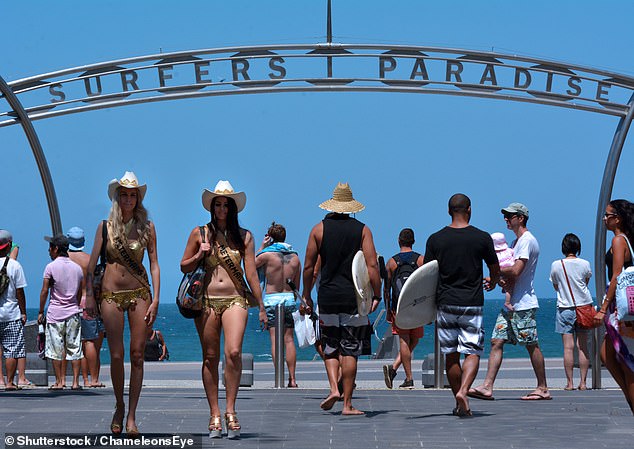 Australians will be able to enter Queensland freely come 1am on Saturday as the Sunshine State’s historic border finally comes down.

All Aussies, including the unvaccinated, will be able to travel to the state without any restrictions or requirements.

This means those coming from domestic hot spots will no longer have to show proof of a negative Covid test or fill out a border form.

Interstate travellers will also not have to quarantine upon arrival.

The massive changes are in line with the state hitting the 90 per cent double vaccination target early next week.

The borders are also set to lift for international arrivals once the 90 per cent double vaxx target is met.

Unvaccinated international arrivals will still have to quarantine.

Queensland’s vaccination rate is currently at 88.1 per cent.

‘Now is the time for the barricades to come down and the police to come home,’ Premier Annastacia Palaszczuk said upon announcing the changes on Thursday.

She said the decision would allow police which have spent weeks manning border checkpoints to return to their duties. 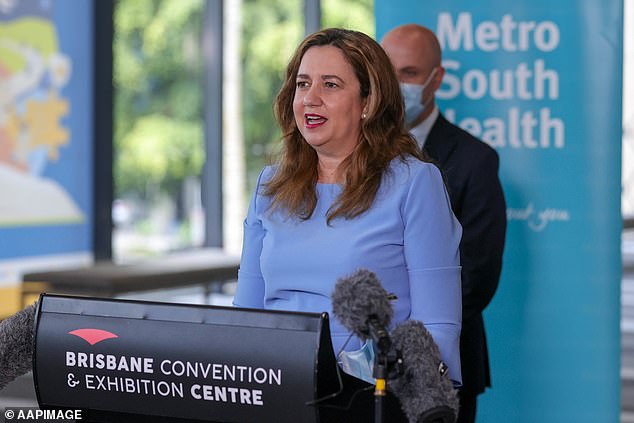 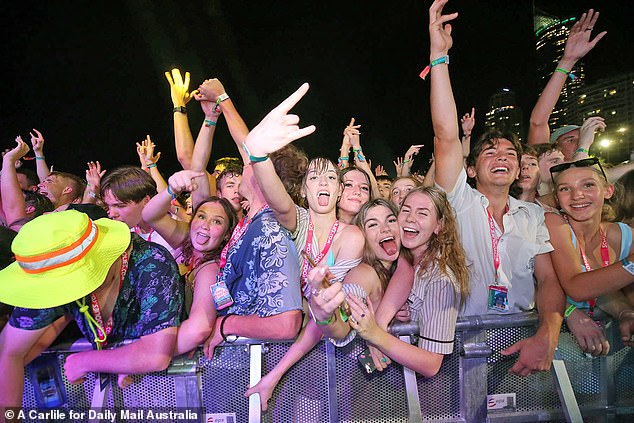 Teens are seen celebrating Schoolies at the Gold Coast

‘It is also going to mean that there is a greater ability for those people in NSW and the southern parts of our Gold Coast will be able to reunite, we know it’s tough on the border communities,’ she said.

The state’s health minister Yvette D’Ath said it was a waste of time and resources checking all arrivals into the state.

‘We don’t want to spend our time looking at whether we need to be declaring and changing hot spots,’ she said.

‘We should assume that anyone travelling around Australia domestically could have the virus and so it is a lot less important to worry about where people are coming from.’

While the unvaccinated will be allowed in, most events and venues will be restricted to those who’ve received both jabs.

Ms Palaszczuk said over the past two years police had conducted more than 3million checks on vehicles wanting to cross the border, with more than 35,000 of these being turned around.

‘It’s a big decision but it’s a decision that is needed as we reach the peak of this Omicron wave,’ she said.

‘Operationally, the police are needed at the front line and they have done an absolutely superb job.’ 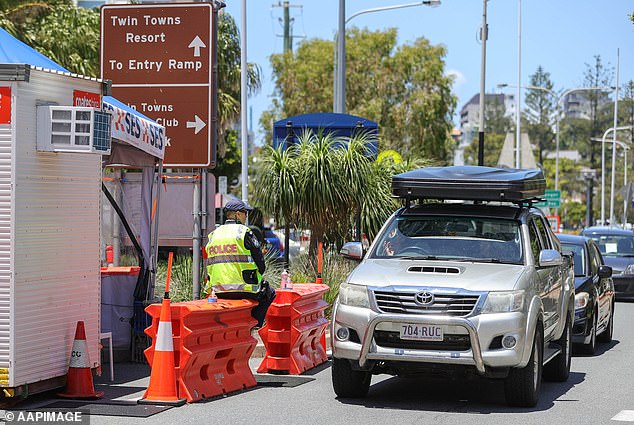