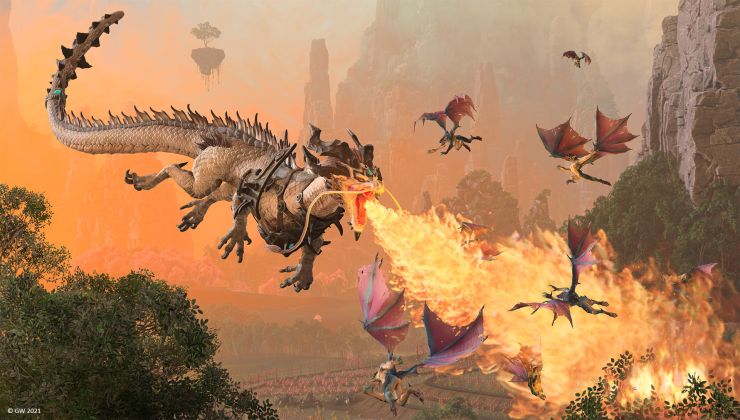 Total War: WARHAMMER III is due for release on February 17, with a Linux port from Feral Interactive due sometime soon after and we now have the first footage of online play.

CA say that WARHAMMER III is “bigger than ever” with more game modes and players available than previous entries in the series. For up to 8 players you can play through these campaigns:

Take a look below:

The developer also included a few other key bullet-point details about how it works:

Additionally, just recently CA put up a new video to go over the Corruption Feature. Total War: WARHAMMER III has this feature reworked, which they say makes it more interesting and splits it off into five different types. Factions are affected by it differently, with certain servants getting a buff but a negative effect for your regular mortals. What you’ll see is a boost to your overall Control from the Corruption that follows a specific faction and the opposite for other types. There’s a fair bit more to it, check the video below:

As a reminder: if you do pre-order (or buy in the first week after release) you will get access to an additional free Race Pack for Total War: WARHAMMER III with the Ogre Kingdoms.

Feral Interactive who are doing the Linux port have so far ignored our emails asking for information on cross-platform multiplayer in their version, so we fully expect it to not have online play with the Window build.

You can pre-order from Humble Store and Steam.