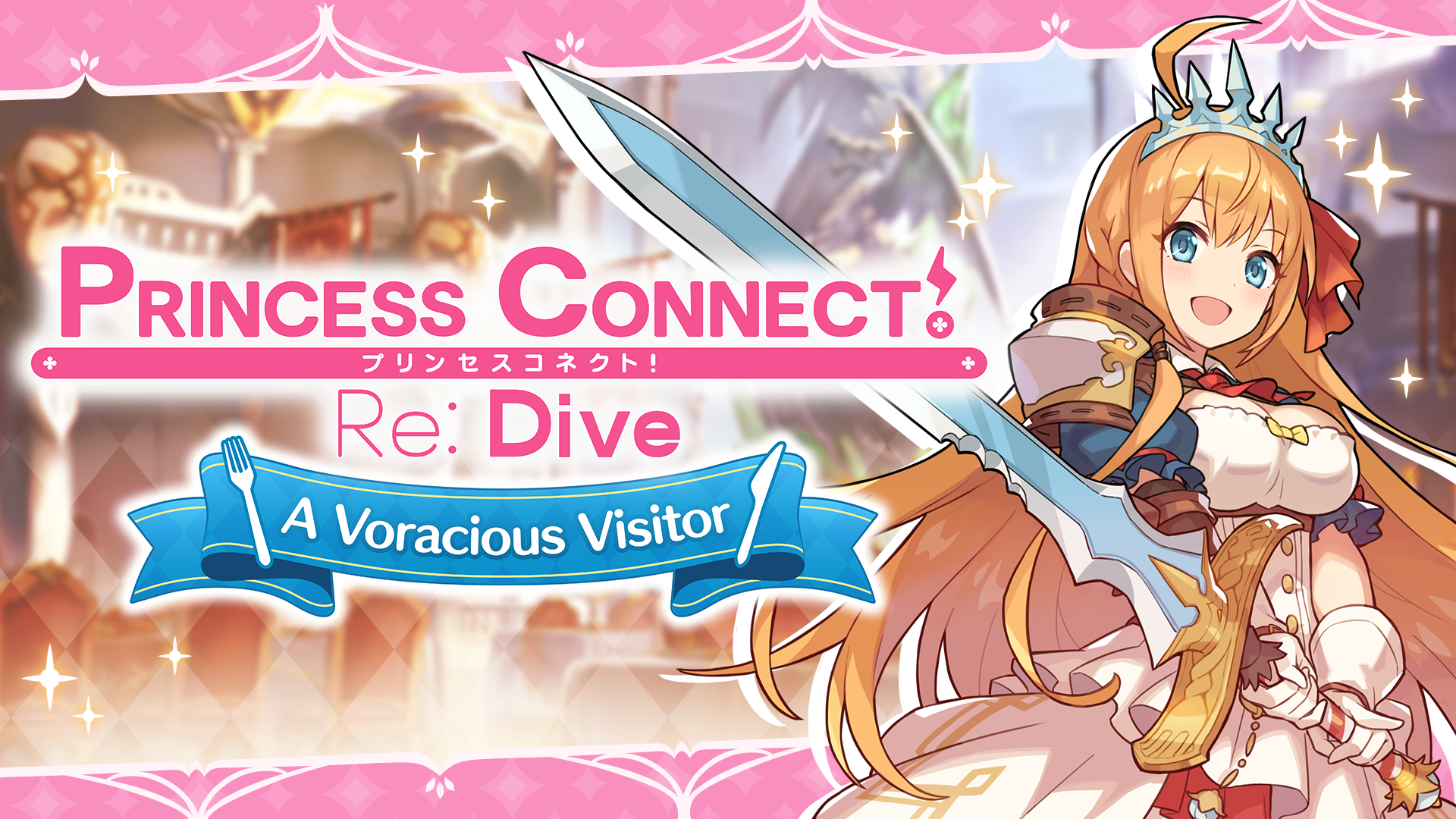 The raid event revival for Princess Connect! Re: Dive: A Voracious Visitor is live now in Dragalia Lost. Additionally, the log-in bonus to coincide with this event is also running now. Both of these events will last until January 30, 2021 at 9:59pm PT.

This event’s theme song is “Rainbow Riders” by M・A・O.

An adventurer, Forager Cleo, will join you during this event. Increase your friendship with her to add her to your roster permanently. You can also use collected blazons and emblems to get Forager Cleo’s convictions and use them to upgrade Forager Cleo’s mana circles.

Note: If the event ends while you are in a quest, the quest will continue until the results have been determined. You will be able to earn rewards according to the results of the quest.

■Epilogue
The epilogue for the Princess Connect! Re: Dive: A Voracious Visitor event will unlock on 01/31/2022 at 00:00.
Note: To view the epilogue, you must complete episode 6 of the event story.

■Temporary Adventurers
When you complete quests, you will increase the friendship with any temporary adventurers in your team. If you maximize your friendship with a temporary adventurer, they will permanently remain in your collection, allowing you to include them in your team after the event ends. Their level, stats, equipment, and position in your team and collection will be maintained.
Note: Even if an event adventurer isn’t permanently added to your collection, any items used to upgrade their level or unlock their mana circles will not be returned.

・Event perks
While this event is active, the temporary adventurer will have special abilities that activate in quests for this event. See Event Perks on the main event screen in-game for more information.

■Raid Battles
Raid battles are co-op battles where up to four teams (16 adventurers) can cooperate against a raid boss together! To participate in a raid battle, you must either create a room as the host or join a room as a guest.

・As a Guest:
Joining a room requires otherworld fragments and getherwings. You must have unlocked the respective difficulty to participate in a raid battle.

・As a Host:
Creating a room requires an otherworld gem. You can obtain otherworld gems from the Expert-, Nightmare-, and Omega-difficulty raid battles.

・As a Guest:
Joining a room requires an otherworld gem. You must have cleared the Expert difficulty to participate in a raid battle.

■Trial Quests
You can play these high-difficulty quests in co-op. Trial quests will be available starting on 01/26/2022 at 00:00 and can be unlocked by progressing through the event story.

・Omega Level 1 (Solo)
This quest is for solo play only. It will unlock when you clear the raid battle on Nightmare difficulty.

・Omega Level 2 (Solo)
This quest is for solo play only and will unlock when you clear Omega Level 1 (Raid).

・Omega Level 3 (Solo)
This quest is for solo play only and will unlock when you clear Omega Level 2 (Raid).

■Raid Boosts
When you clear raid battles, you’ll be able to get raid boosts, which power up adventurers for this event only. Raid boosts you obtain will stack, and only apply to your team. The maximum effects you can achieve with raid boosts are described below.
・Damage +100%
・HP +50%
・Shapeshift Prep +25%
・Dragon Time +50%

The number of raid boosts you can obtain by clearing a single quest varies depending on the difficulty. There are also special rare raid boosts. In this event, you will not be able to obtain rare raid boosts from boss battles.

Raid battle co-op rooms will display each team’s boosted might, which factors in the increased power from raid boosts. Boosted might does not affect the might required to start a quest.

■Blazon Summons
Complete boss battles and raid battles to obtain peregrine blazons. Blazons collected can be used for blazon summoning to get Forager Cleo’s convictions and other rewards.

■Emblems
You can obtain rewards like Forager Cleo’s convictions based on the total number of emblems you gather during the event.

■Event Endeavors
Two types of event endeavors will be available during the event: Daily and Limited.

Log in during the bonus to get gifts such as items and wyrmite.