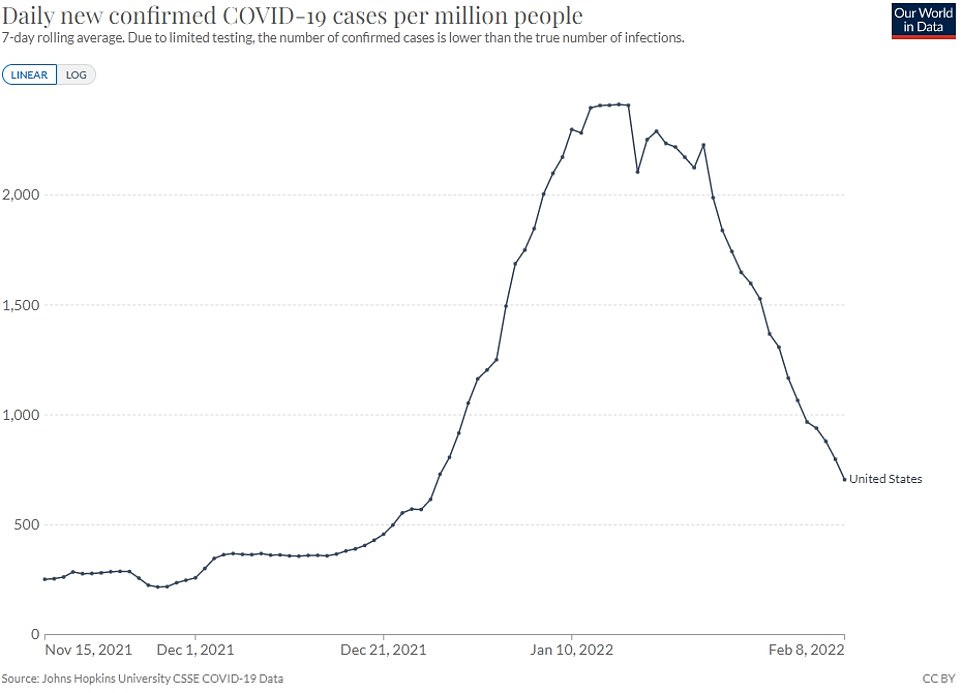 Masks are starting to become a thing of the past in the U.S. as the Omicron variant-fueled Covid surge continues to falter and experts are largely standing by the decision to drop mandates and instead allow people to choose for themselves whether they – or their kids – want to use face coverings.

Dr Kavita Patel, an MSNBC contributor who works as a primary care physician and previously served in the Obama Administration, told CNBC’s Squawk Box that mask mandates in schools should not be around forever, and instead parents should choose whether their child needs to wear one based on a variety of factors.

‘If you told me there’s a future where we’re wearing masks in perpetuity I’d say that’s ridiculous, the science doesn’t support that if we see that cases are coming down,’ Patel said.

Cases are coming down virtually everywhere in America. Daily cases have dropped 47 percent nationwide over the past week, from 453,141 cases per day last week to 239,757 now. Deaths caused by the virus, a lagging indicator that trends a few weeks behind cases, have flattened as well with 2,480 being recorded daily.

Only one state, Maine, is recording an increase in cases over the past two weeks, and more than 30 states have seen cases slash in half during that period.

Patel says that, looking at these downwards trends, it might be time to drop masks in schools soon. When parents are making decisions for their children, they should consider multiple factors before send their child to school masked.

‘Weigh your families risks in dealing with what might happen,’ she said, considering the risk the child may be in from the virus – which is generally low unless they are immunocompromised, risk of other people in the household and the potential social detriments wearing a mask can pose on a child when interacting with other kids. 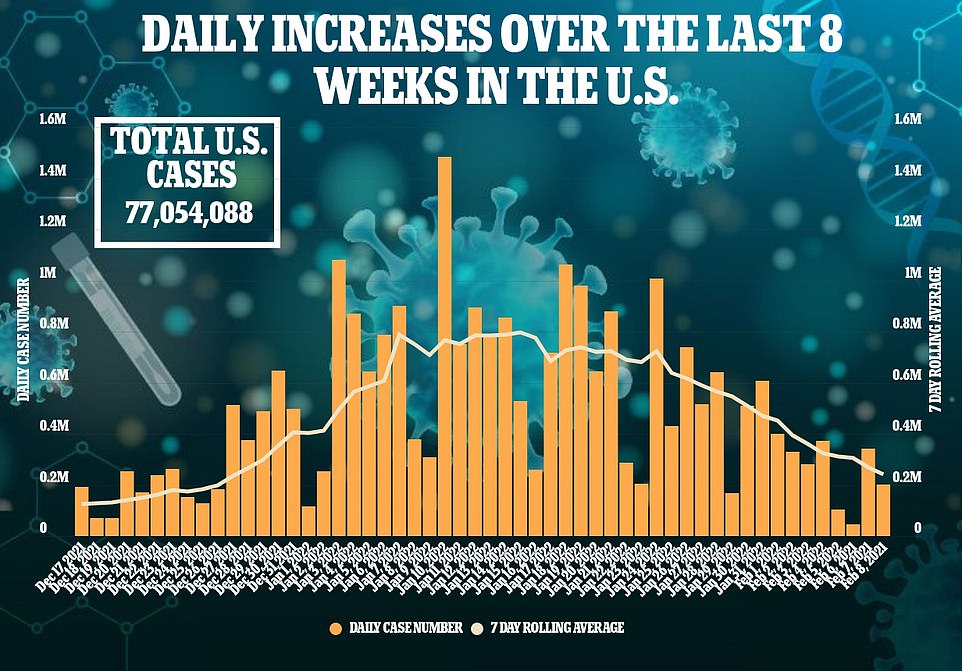 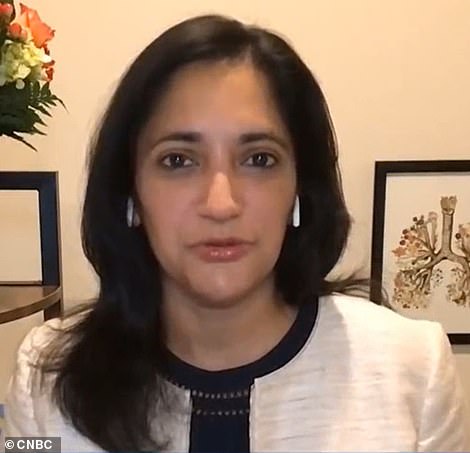 Dr Kavita Patel (pictured), a primary care physician and previously served in the Obama Administration, said Wednesday that ‘the science doesn’t support’ indefinite use of masks in schools

Forcing children to wear masks at school has become one of the most controversial issues in America in recent weeks, and weeks of declining cases have led to even some of the most liberal states in the country starting to leave masks behind.

Earlier this week, New Jersey, Connecticut and Delaware – all states led by Democratic governors – announced they would drop masks in school in the coming weeks.

California, the nation’s most populous state which also is among those with the strictest mandates in America, announced that it will end its indoor mask mandate for vaccinated people starting next week. In New York, the statewide mask mandate expired on Wednesday.

Americans are still required to follow county mask or vaccine mandates that exist, though, even if rule are receded at the state level. Cities like New York City, Los Angeles and Atlanta, for example, all have stricter local guidelines than those that exist at the state level.

While federal level officials have little control over local guidelines, their advice is often used to shape pandemic mandates at the state and county levels – especially in blue areas of the country. Even federal officials seem to be breaking ranks on mandates going forward, though. 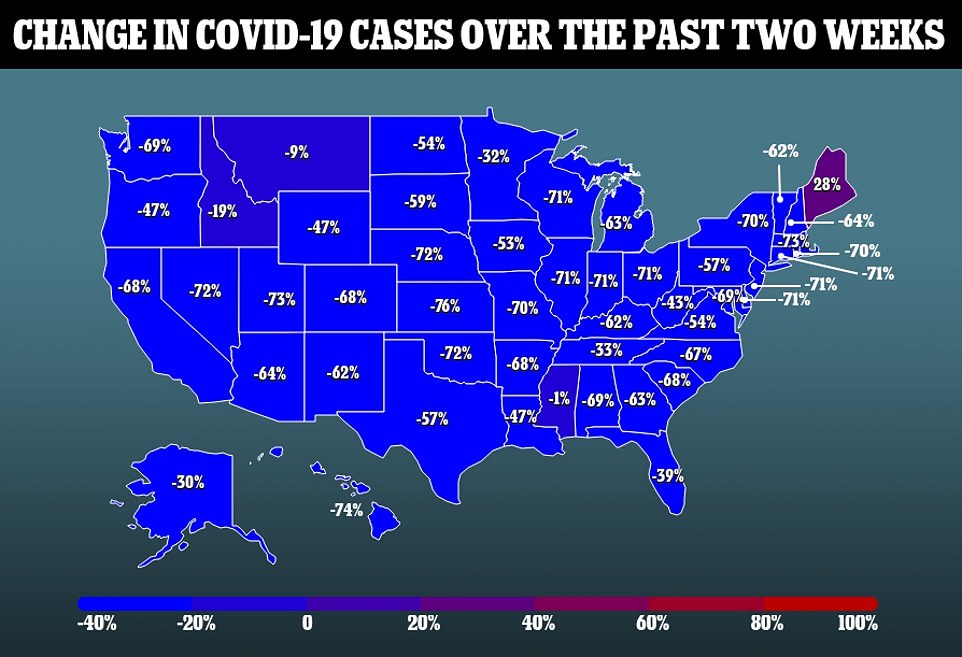 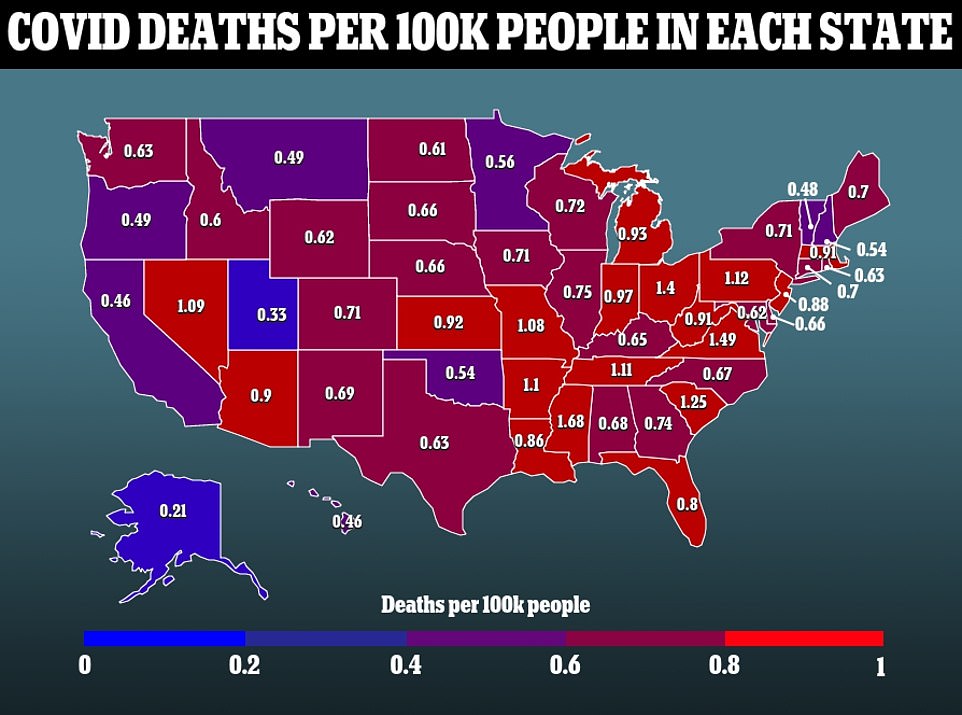 Dr Anthony Fauci, the nation’s top infectious disease expert and usually a more pessimistic voice during the pandemic in the U.S., told Financial Times this week that the ‘full-blown’ pandemic phase of Covid may soon be over.

‘I hope we are looking at a time when we have enough people vaccinated and enough people with protection from previous infection that the Covid restrictions will soon be a thing of the past,’ he said.

Dr Rochelle Walensky, director of the Centers for Disease Control and Prevention (CDC), has been hesitant to lift guidelines, though, and stood by her agency’s recommendation for universal masking in schools during an interview with WYPR.

‘We owe it to our children to make sure that they can safely stay in school. Right now, that includes masking. We’ve seen outbreaks that have occurred in communities where students were not masked in schools and had to close,’ she said. 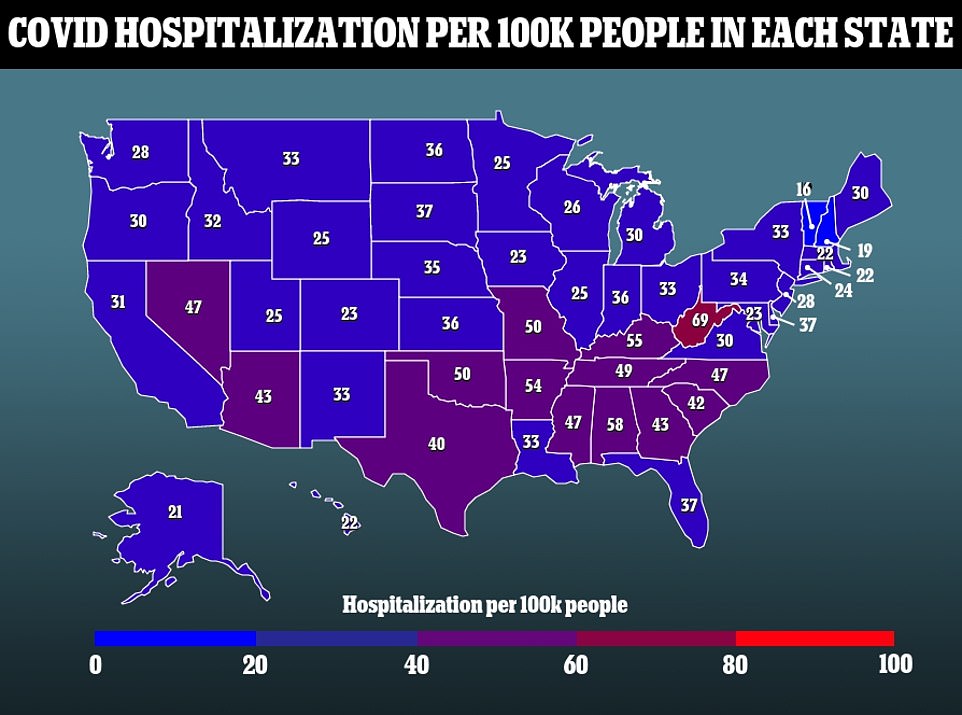 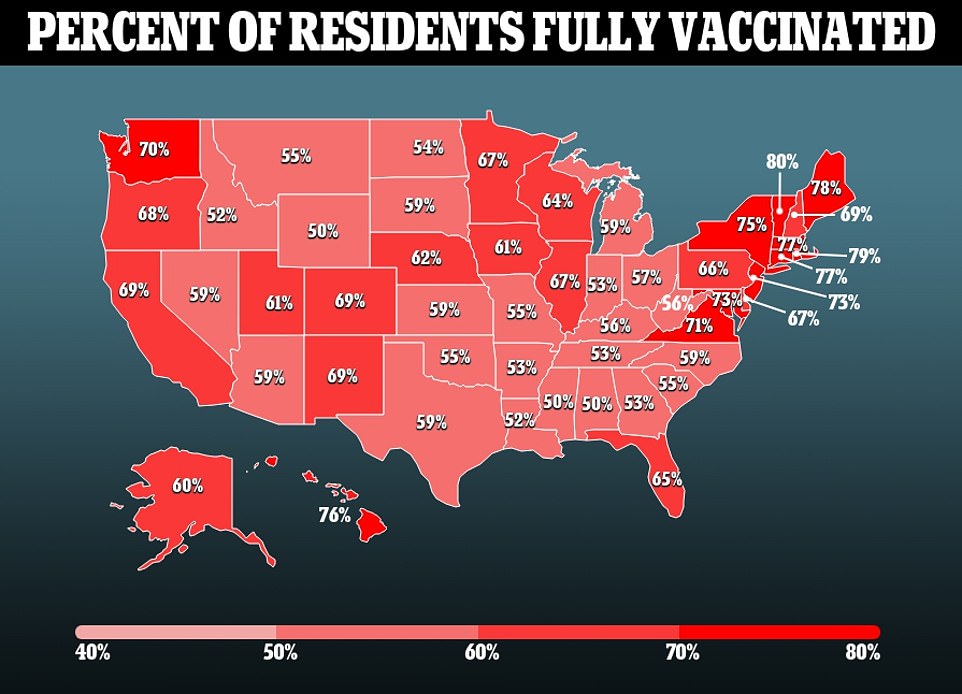