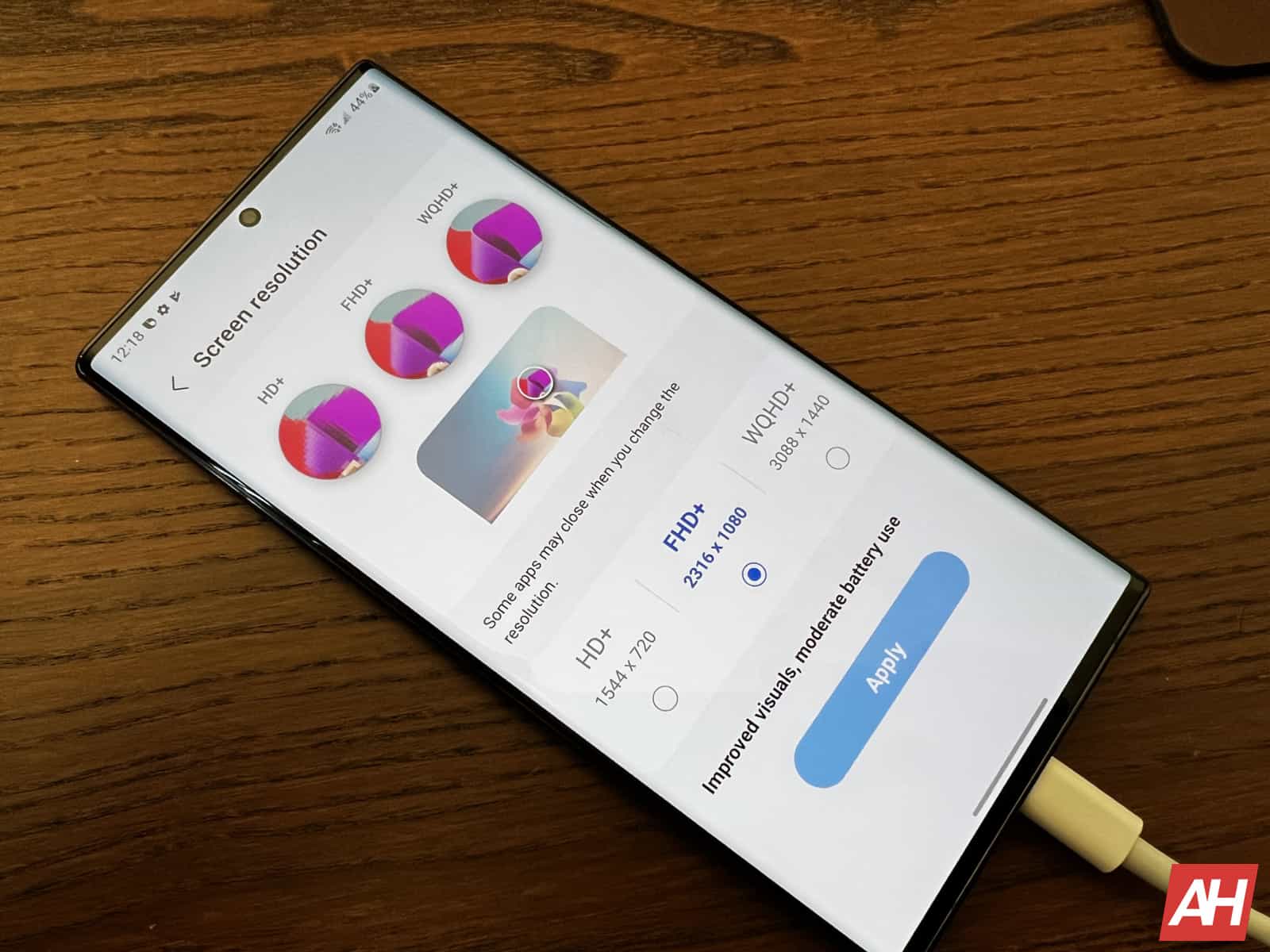 Of course, Samsung does this to help conserve battery, because a QHD+ display that runs at up to 120Hz, is definitely going to drain that battery. So this is just a heads up that you will want to switch that on, when you get your Galaxy S22 Ultra.

It does, however also ship with Adaptive on instead of being stuck at 60Hz. Though that hasn’t been an issue since the Galaxy S20, where it was not an adaptive 120Hz panel. So the only options here are Adaptive or 60Hz. Basically, Adaptive will dynamically switch between 1Hz and 120Hz, depending on what’s on the screen. Instead of staying at 120Hz all the time, and draining more battery.

Most people will stick to FHD+

Most people are likely to stick to FHD+ resolution, as the difference between FHD+ and QHD+ isn’t that big. And of course, you can save some more battery life by sticking with FHD+ anyways. Which, who doesn’t want more battery life. Though, the 5,000mAh capacity battery on the Galaxy S22 Ultra should last you a full day as it is.

It’s good to have the option there for those that do want to get the very best experience possible out of the Galaxy S22 Ultra, and it’s not too hidden either. To change it, just head into Settings. Then tap on Display, Screen Resolution, and from there you can choose which option you want. There’s HD+, FHD+ and QHD+, so you can really conserve power if needed.

You can still pre-order your Galaxy S22 Ultra from Samsung by clicking here. And right now, they’ll double your storage for free.