Betty White, the legendary Golden Girls actor and comedian, passed away on New Year’s Eve at the age of 99. Today, Jan. 17, would have marked her 100th birthday.

Marking the date, fans took to social media to pay tribute to White, sharing messages and images and taking party in the #BettyWhiteChallenge to raise money for animals in honour of her advocacy work. Cincinnati Zoo named a penguin in honour of her Golden Girls character, and Monterey Bay Aquarium named a giving program after her.

Google, meanwhile, had its own tribute — an Easter egg for anyone typing the actor’s name into the search bar. 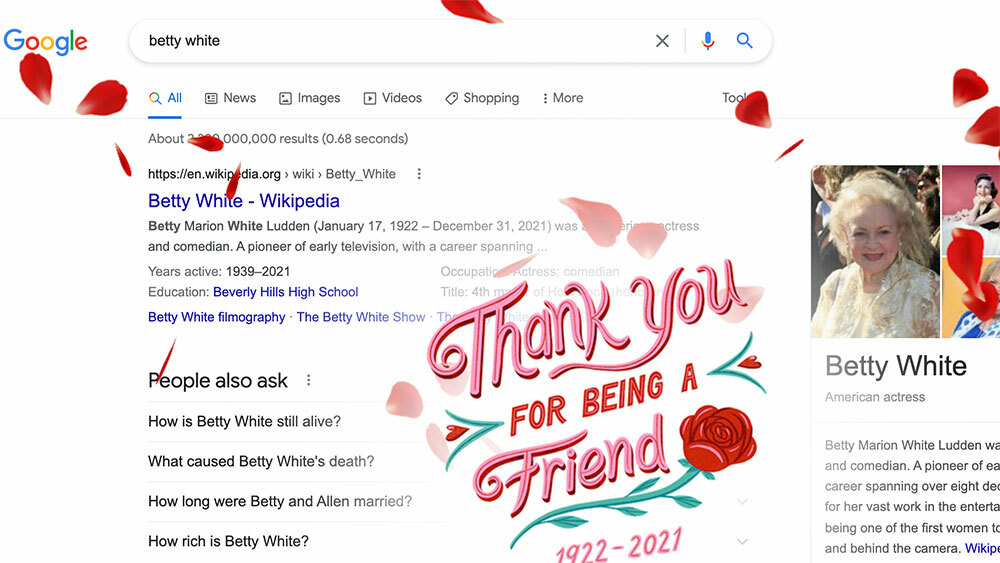 Typing “Betty White” into Google prompts animated rose petals to fall from the top of the screen, before the message “Thank you for being a friend” appears at the bottom.

“Thank You For Being A Friend,” recorded by Andrew Gold, is the theme song for The Golden Girls.

Fans and friends remember Betty White, who died at 99

White played Rose Nylund, one of four characters sharing a house in Miami, for seven years from 1985 to 1992. The role won her an Emmy for Outstanding Actress in a Comedy Series.

Fans and friends have been remembering White in an outpouring of online grief and stories.