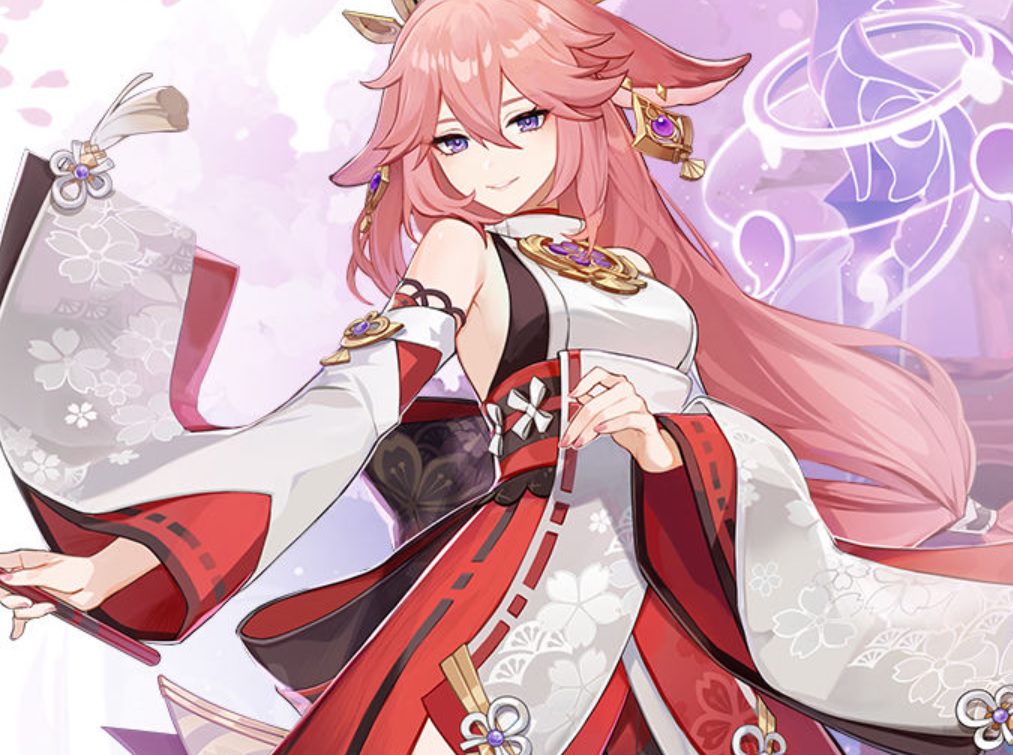 Yae Miko is coming to Genshin Impact in patch 2.5. Well, she’s coming as a playable character that is, as she’s been in the game for a bit.

As is the case with basically every Genshin Impact character, she just got a huge blowout of info, including bits and pieces on her backstory (beyond what we already kn0w), her moveset, and her ascension (level-up) materials. She’s not only the head shrine maiden of Narukami Shrine, but she also is the editor-in-chief of the Yae Publishing House.

Utilizing a catalyst (generally reserved for magic users), Yae Miko will summon kitsune spirits (!) as her normal attack (which has electro), and can unleash a charged electro damage AOE. She can also leave Sesshou Sakura on the battlefield when dashing around, which compound damage. Her ultimate (great secret art) is an AOE lightning strike, while unsealing Sesshou Sakura, turning them into thunderbolts. Given that she does off-field damage, she’s a five-star, and is heavily incorporated in the story, I’m sure she’ll be a popular character in a lot of compositions.

Handguards, Vajrada Amethyst, Dragonheir’s False Fin, and Sea Ganoderma are her ascension materials, so you can start farming those now if you’re set on trying to acquire Yae Miko through her banner. You can find all her info below.