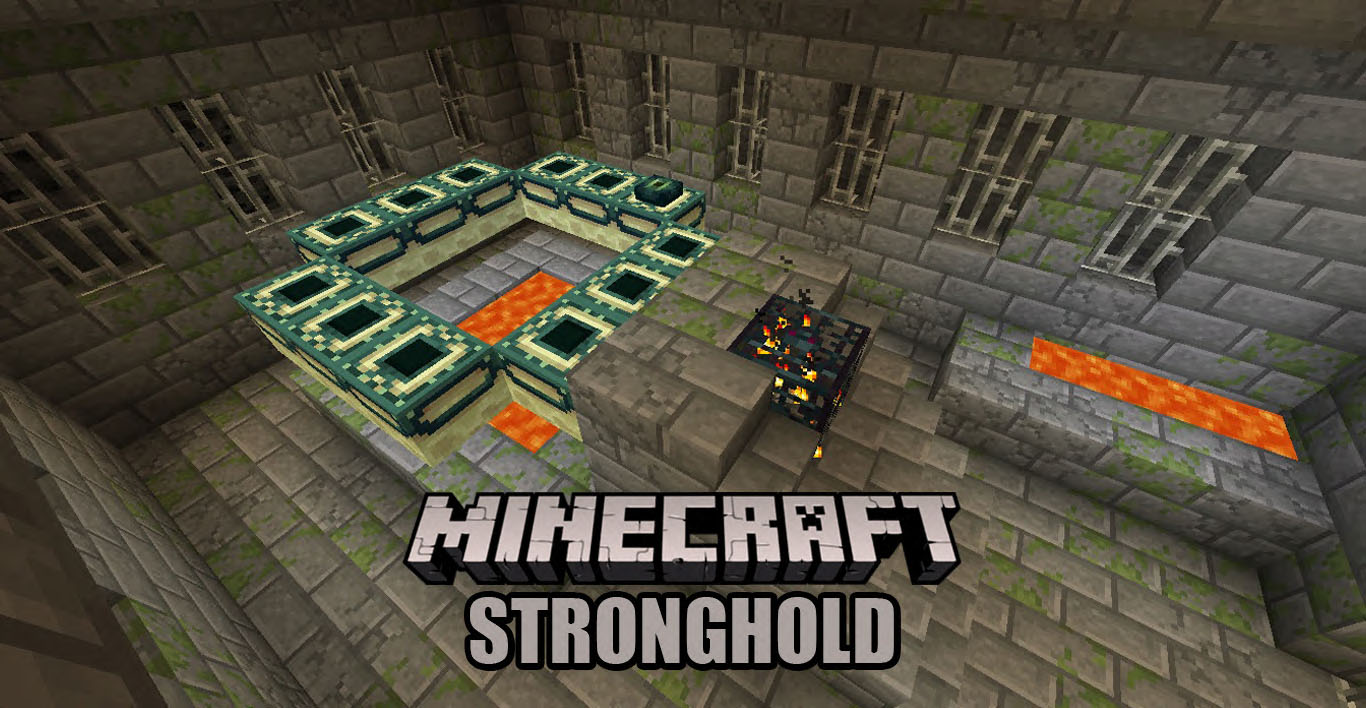 Hidden beneath the ground, there lies an abandoned hold waiting to be discovered. The stronghold holds the final key to unlocking the gateway to the End. This article will show you how to find a stronghold in Minecraft and open the End portal.

Strongholds are naturally generated structures that spawn underground in the Overworld. These structures are built to replicate abandoned prisons—showcasing tight cell rooms, dark corridors, and empty hallways. Players can find tons of loot from chests hidden inside the stronghold. Hostile mobs also lurk in every dark corner, so players should come prepared. But amidst this massive structure is a room that is vital in completing the game: the portal room. This room is often hidden inside the walls deep in the stronghold’s core and holds the End portal.

What To Bring To A Stronghold

Going into a stronghold unprepared is like walking into battle without a weapon. You need to bring a full set of armor and weapons to conquer the stronghold as it is the threshold to the End. If you plan on going straight to the End portal, you may need to bring a bit more materials to be ready for the Ender Dragon boss battle. The list given below is only the bare minimum required for the End.

How To Find The Stronghold

Mobs That Spawn Inside The Stronghold

A stronghold is a place like any other in Minecraft’s Overworld. Due to long dark corridors and hallways, hostile mobs will constantly spawn here. You will need to bring quite a few torches with you if you plan to light the place up and prevent more hostile mobs from spawning. There are a few mobs that spawn inside the stronghold so let’s take a look at each one:

Loot Inside Chests In A Stronghold

Inside the stronghold, you will encounter various chests placed randomly in each room and corridor. These chests contain valuable loot randomly generated based on a certain percentage. The chests are located within altars, storerooms, and libraries. Below is a table detailing the chance of each item spawning in a stronghold loot chest.

Rooms Inside The Stronghold

There are various rooms through the stronghold. Each room features an entrance, either a plain opening, a wooden door, or an iron door with a button to open it. Each room may also have “exits” that connect to a long corridor, an actual room, or a dead end. Here are the various rooms that generate inside a stronghold:

Empty prison cells are long corridors that feature two iron doors on one side of the room and iron bars in between them. Entrances and exits are on the left and right sides, respectively. These rooms usually contain hostile mobs due to a lack of lighting in the area.

Large rooms usually contain three exit ways (four exits if you include the entrance). Each stronghold structure can generate up to 6 large rooms. The centerpiece decoration of each large room may vary randomly based on world generation: an empty room, a stone pillar room, a fountain room, and a storeroom.

Strongholds can generate up to 2 libraries per structure. Some libraries may contain a second floor, while some may not. Libraries also contain various loot via chests hidden on top of some bookshelves. A two-story library will have 233 bookshelves respectively—each giving you a total of 699 books when broken with an ax.

The end portal room contains an end portal and a silverfish spawner in the middle. It contains three pools of lava—two of which can be found on either side of the room and one large pool just below the end portal. The portal contains 12 end portal frames, and each has a 10% chance to generate with an eye of ender.

How To Activate The End Portal

The end portal is a portal that teleports the player to the End—an alternate dimension in Minecraft that is inhabited by endermen, shulkers, and the Ender Dragon. It is only located inside the portal room of a stronghold. To gain access to the End, the player must first activate the end portal. Activating the end portal will require a total of 12 eyes of ender that are crafted by combining an ender pearl and a blaze powder on a crafting table. By chance, some end portal frames may generate with an eye of ender already installed.

Now that you have activated the end portal jumping in will immediately teleport you to the End. Remember to think twice before venturing into the End, as there is no way to leave the End prematurely. The only way you can leave that dimension will either be to kill the ender dragon and use the exit portal that will spawn upon her death or die and reset back in the Overworld. You cannot place a bed or a respawn anchor to set your respawn point in the End. Doing so will immediately create an explosion around the area, dealing massive damage. Ultimately, your only choice upon reaching the End will be to defeat the Ender Dragon and free the End from its oppression. So be prepared and gear up for your final battle in Minecraft.