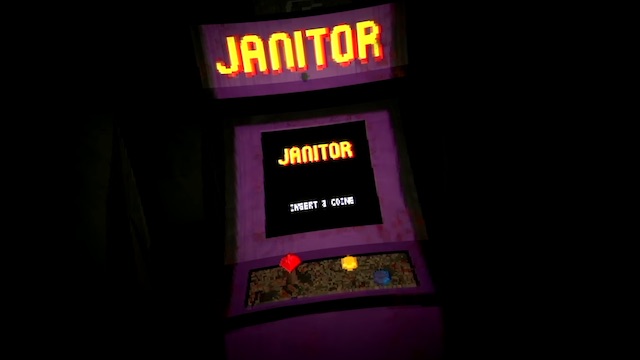 Janitor Bleeds is a tense first person horror game that’s home to a cursed arcade machine that beckons you to play it.

Previously featured on Alpha Beta Gamer a year ago, Janitor Bleeds is a retro styled horror game that sees you entering (and becoming trapped in) an abandoned amusement arcade late at night. The arcade is home to a creepy coin-hungry arcade machine called JANITOR that calls out to you to play it. The JANITOR arcade game looks fairly simple, and plays like a fairly basic Atari 2600 era game, but your actions within the game can affect the outside world and it seems to also release a dark entity that prowls the arcade in search of victims. To escape alive you’ll need to explore the arcade and the game, while also avoiding the entity (in the game and in the arcade).

A creepy old amusement arcade is a great setting for a horror game and the way actions in the cursed arcade game affect the real world is a great concept that has a lot of potential. Sign up for the Beta for a chance to check out the JANITOR game that people are literally dying to play!