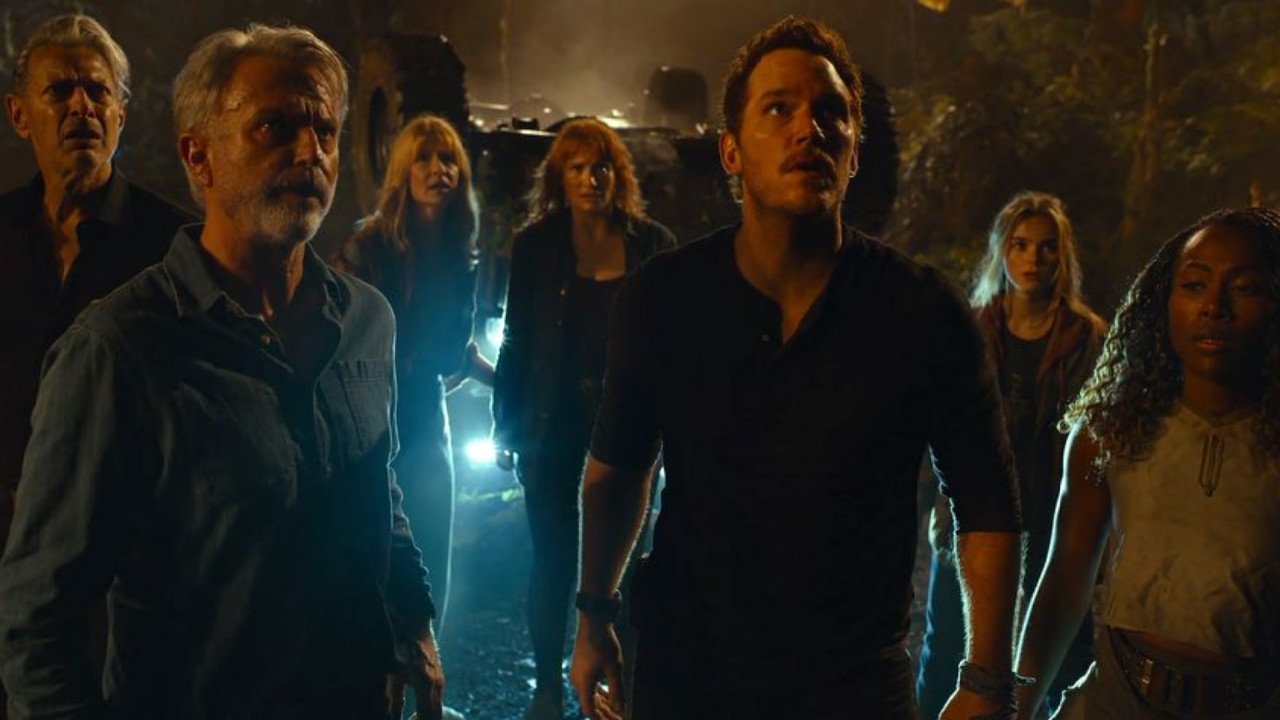 Universal has released the first trailer for Jurassic World: Dominion which reveals that dinosaurs once again rule the earth while bringing the cast from the original Jurassic Park cast into the chaotic nature of the film.

The upcoming third entry in the new trilogy takes place four years after the events of Jurassic World: Fallen Kingdom which saw the dinosaurs released into the wild. The conclusion of the film leads to humans and dinosaurs attempting to live side-by-side with each other. When you see the return of the original apex predator, it does question the human extinction on the planet if both entities can’t coexist.

The trailer shows off Chris Pratt’s Owen Grady as he’s being chased by dinosaurs while riding a motorcycle and an updated version of the “don’t move” scene from the original Jurassic Park. Alongside him in the film is Bryce Dallas Howard, who plays former Jurassic Park operations manager, Claire Dearing, Justice Smith as Franklin Webb and more. The film also brings newcomer, DeWanda Wise from She’s Gotta Have It as Kayla. Joining them reprising their roles is the trio from the original trilogy is Jeff Goldblum as Dr. Ian Malcolm, Laura Dern as Dr. Ellie Sattler, and Sam Neill as Dr. Alan Grant.

The director has teased the upcoming sequel would expand on the use of animatronics allowing the film to be more realistic in a world of CGI movies. The movie will be introducing new species which includes a different version of a Velociraptor, the Atrociraptor which is faster, stronger, and more intelligent.