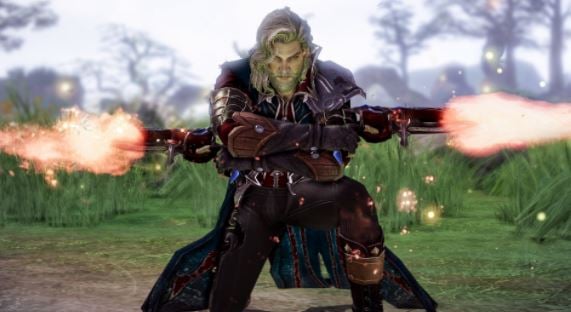 Silver, gold, crystals, coins, shards, fragments – there are umpteen different currencies in Lost Ark. We explain which ones are available, where you can get them and what you do with them.

Anyone who has ever played an MMORPG à la World of Warcraft knows the problem: there is not only gold but also countless other coins, tokens, and shards that you can collect and exchange for rewards.

Lost Ark also has a large number of different currencies that you can obtain through activities such as completing quests and dungeons, killing bosses, or finding treasure.

So that you can keep track of the release of Lost Ark on February 11, 2022, we list all currently known currencies and their uses in this guide.

What is that? The Silver Coins are the base currency in Lost Ark, used for a lot of different things. With it, you buy simple items like healing potions from NPCs and pay for services like repairs, item improvements, and fast travel.

where to get it Silver is available for almost every activity: quests, dungeons, events or just killing monsters.

What is that? The gold coins serve as currency to buy items from other players in the auction house. Gold can also be used to buy equipment and swap endgame items. It can also be exchanged for Blue Crystals.

where to get it Gold is awarded as a reward for various activities. This includes daily and weekly quests, island events, dungeons, raids, and of course auction house sales.

However, gold in the Russian and Korean versions can also be purchased through the in-game store

What is that? The Royal Crystals are Lost Ark’s premium in-game currency, which can be used to purchase cosmetic items in the in-game shop, such as skins, pets, or legendary mounts.

where to get them After release, the crystals can only be bought for real money. Anyone who buys one of the Founder Packs will receive up to 4,000 royal crystals in their account at the start of the game, depending on the Pioneer Pack selected.

What is that? The Blue Crystals are a weakened form of the Royal Crystals, which you can use to purchase selected items in the in-game shop. Legendary item bundles with skins and mounts are usually not included.

where to get them You can convert your Royal Crystals into Blue Crystals. Alternatively, you can exchange your earned gold for blue crystals.

What is that? As the name suggests, Courage Coins are the PVP currency. You can use this to buy various items from the PVP trader. In addition to cosmetics such as titles and mounts, it also offers resources and upgrades materials.

where to get them Courage Coins are obtained from PVP activities such as the Arena.

What is that? This currency is used at the Guild Trader to purchase a variety of upgrade materials.

where to get them To get bloodstones, you must complete guild quests or participate in guild wars.

What is that? You can do one thing with Rift Fragments: buy crates from a vendor that contain cards for your decks.

where to get them You get Rift Fragments for successfully completing Chaos Rifts.

What is that? These coins can be exchanged for a variety of items. In addition to additional resources and consumables, there are also exclusive cosmetics such as emotes, songs, and other collectibles.

where to get them You get Pirate Coins for all sorts of activities you complete with your ship on the ocean. You can also get them as a reward from the sea dungeon.

What is that? The pheons are another type of premium currency that you absolutely need for buying and selling items at the auction house.

where to get them You can buy them for Royal Crystals or Blue Crystals in the in-game shop.

What is that? These heart-shaped objects can be exchanged with NPCs for various rewards. There are mainly items here that can increase affinity for certain relationship partners. There are also exclusive skins for huge quantities of these stones.

Where do you get them? You get the Stones of Destiny for many activities: dungeons, quests or just killing monsters.