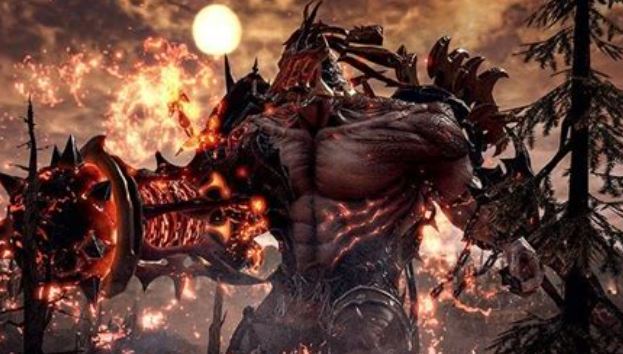 The Paladin is one of the most useful and powerful classes in Lost Ark . Our editors will play it right at the start and will tell you what makes it so good and what you should pay attention to when leveling.

What class is this? The Paladin (Holy Knight in Korea) is a melee fighter with a sword and belongs to the warrior class. He has some useful AoE abilities that are especially useful in the early game. In the endgame, on the other hand, his focus is more on support.

His special ability is that he can switch between Holy Aura and Holy Executor. In the Holy Aura, he increases the damage of nearby allies by 10%, as a Holy Enforcer, he increases his attack range and strengthens his own attacks.

However, the paladin is rather weakly armored in relation to the other warrior classes.

What game content is this useful for? As one of two supporters, the paladin is a welcome guest in group content such as dungeons or raids. With Holy Barrier, you create a shield for all players in the area.

In PvP, on the other hand, the paladin is also extremely strong. In our tier list, he only occupies the A tier for beginners, but once you have mastered the class in the endgame, it then moves up to the S tier in high-rank PvP.

Here we list all of Paladin’s skills. We have left out the exact damage numbers, as these depend on your attributes and, in some cases, the skill points distributed.

Light Shock – 53 Mana: Hold the sword backward and use both hands to create a light shockwave that deals damage.

Sword of Justice – Costs 77 Mana: Drop a Sword of Light at the target location to damage your opponent.

Godsent Law – Costs 91 Mana: Use Holy Writs to summon a magical circle of light. The writing spins in a circle, dealing damage to enemies over 2 seconds.

Purifier – Costs 77 Mana: Attack your opponent with a one-handed, cross-shaped slash. Deal damage with each slash. After that, swing the sword with both hands and deal damage.

God’s Wrath – Costs 108 Mana: Summon the energy of holy thunder that imbues your weapon. Deal damage to nearby enemies.

Holy Land – Costs 85 Mana: Create a Holy Land at your target location for 6 seconds and deal damage over time.

Sprint Strike – Costs 85 mana: Reposition and sprint forward. At the end of the dash, swing your sword and deal damage to your opponent, knocking them into the air.

Enforcer’s Sword – Costs 85 Mana: Hold your sword in both hands and swing to deal damage, knock enemies into the air, and counterattack. Use the skill again to gather your power in the sword and deal damage with another swing and then ram the sword into the ground.

Holy Protection – Costs 114 Mana: Harness the power of the Holy Light to create a barrier for all party members within 24m that has X% of your maximum hit points and lasts 6 seconds.

Enforcement of Justice – Costs 101 Mana: Hold your sword with one hand, yet quickly spin in circles, dealing damage. Then perform a devastating blow that deals damage.

Holy Sword – Costs 108 Mana: Gather the energy of light in your sword, then perform a dash attack that deals damage. After that, light emanates from your sword, which deals additional damage.

Heavenly Blessing (Awakening) – Costs 127 Mana: Summon the Sun Warden, dealing damage to nearby enemies. The Guardian blesses himself and all party members within a 24m radius. Damage taken is reduced by 11% for 8 seconds.

The Paladin in the leveling process

At level 16, you unlock the Purifier ability. This will be your damage skill against single, strong bosses. Otherwise, you mainly use lightning blast and whirlwind in the first levels and later Executor’s Sword (level 24) and Holy Blast (level 36). Holy Sword, which you unlock at level 40, later replaces the Purifier ability in terms of single-target damage.

For the leveling process, you should set the crit and agility values ​​on the equipment in order to increase your damage and your speed. You also have access to the Charge Up ability, which allows you to jump forward and move faster.

How should I allocate my first skill points? It is important when distributing the points that you never have to bring the skill levels higher than level 10. Skill level 4 is required for the first tripod, skill level 7 for the second, and skill level 10 for the third.

By the way, if you don’t like a certain playstyle, you can reset your skill points at any time and for free.

The paladin in the endgame

In the endgame, there are different Paladin builds that you can play that we would like to briefly introduce to you.

The supporter in PvE: If you like being active in dungeons and raids, you should play the support paladin. The focus here is to provide your party with shields via the Holy Protection and Godsent Law abilities. You can also use Holy Land to create a field in which other players take 25% less damage.

You also distribute some useful buffs to your group via God’s Wrath and Heavenly Blessing, and with Light Shock, you set a strong debuff on enemies that increases your group’s damage by 10%.

The stats focus here is on agility.

The DD in PvE: Although the paladin focuses heavily on support, he can also be played as a damage dealer in Chaos Dungeons. There, the focus is on the Lightning Strike, Enforcer’s Sword, and Holy Blast abilities, similar to the leveling process.

However, in terms of damage, the paladin is significantly weaker than some other classes.

The focus of the stats here is on crit.

The Paladin in PvP: The Paladin is one of the strongest classes in PvP. Through Heavenly Blessing, Holy Protection, and God-sent Law, you have useful shields to help you and your party members.

The damage, in turn, comes from Holy Sword, Enforcement, and Executor’s Sword. Stats focus on agility and toughness.