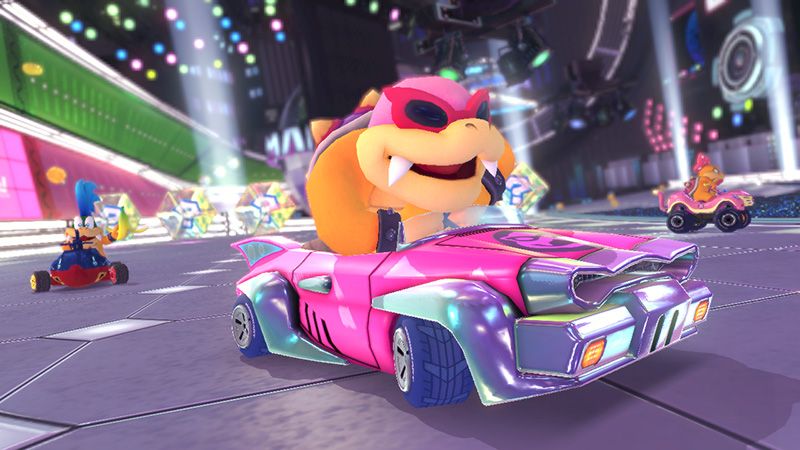 Nintendo has announced that Mario Kart 8 Deluxe is getting the Booster Course Pass DLC.

A total of 48 remastered courses from across the Mario Kart series will be coming to Mario Kart 8. Eight courses will be released at a time over six waves by the end of 2023, which can all be played locally or online.

Courses such as Wii Coconut Mall, N64 Choco Mountain and Tour Tokyo Blur will be included in the first wave, set to launch on March 18.

The Booster Course Pass is included for free with a paid Nintendo Switch Online + Expansion Pack membership, or can be bought standalone for $32.99 USD.