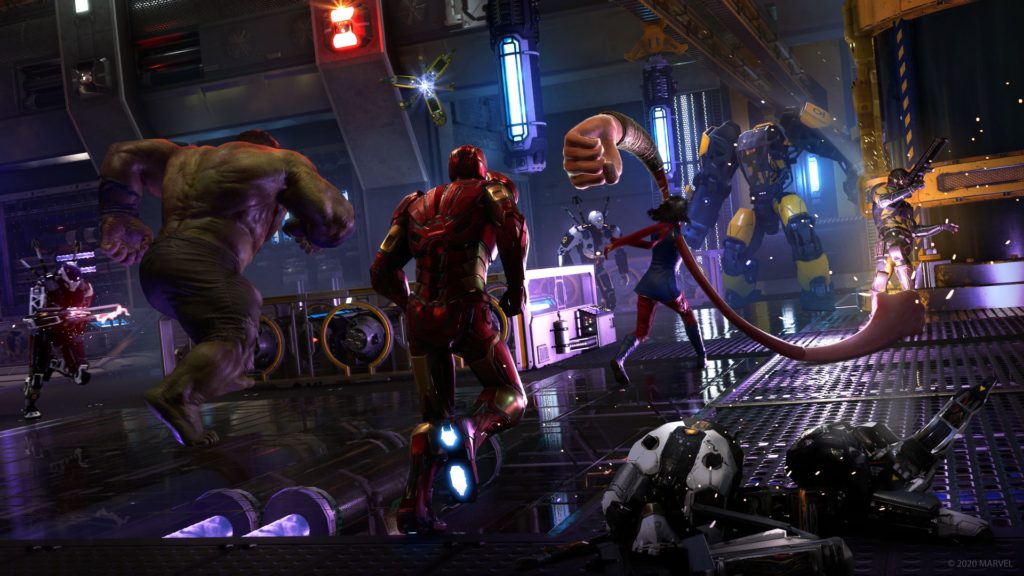 Crystal Dynamics’ co-op superhero game Marvel’s Avengers has been facing quite a lot of criticism ever since it was released, with its live-service model being one of many criticized aspects. Be it the decision of locking Spider-Man exclusively on PlayStation, random instances of microtransaction-like XP boosters, or the endgame content not being desirable, fans have been very vocal with their displeasure. Regardless of these issues, the developers have been steadily updating the game, and it seems it is getting another update very soon.

Pointed out by the Twitter user Highruler, Marvel’s Avengers is going to be getting another new patch very soon, which is due to release this week. The confirmation comes via a Twitch chat message by a Crystal Dynamics PR rep. However, no official announcement has been done by the company for the same, or for what the upcoming patch is going to fix or add to the game.

Regardless, I guess players have to wait till later in the week to get any sort of confirmation from the company. It seems unlikely that the rumored She-Hulk addition to the game will be done on such short notice with the upcoming patch, and it will mostly target bug fixes.