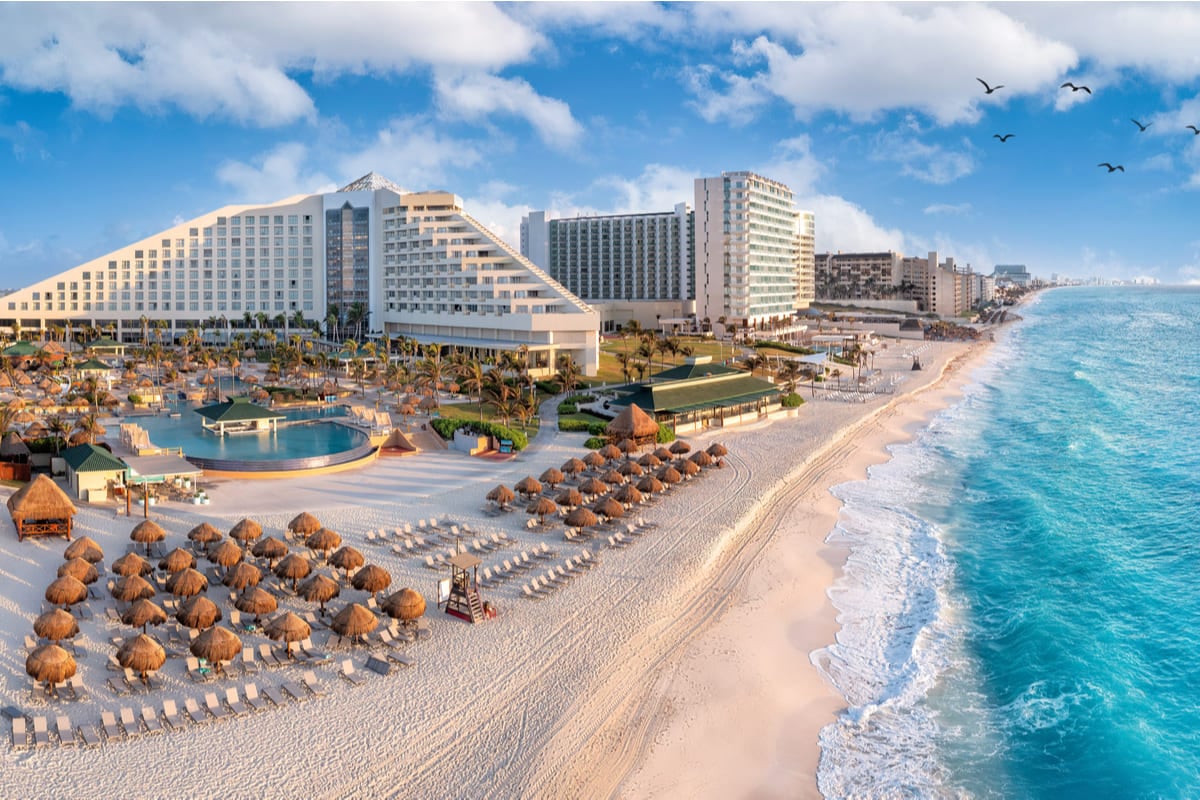 Standing up for its tourism sector, currently plagued by numerous reports of increased violence in popular destinations, the Mexican Government has formally asked the United States to not ‘generalize’ when issuing travel advisories.

Namely, it has suggested any alerts affecting whole cities and/or states should be more specific.

Although Mexico unarguably remains a top rated holiday destination for millions of Americans, security concerns raised by U.S. authorities have led to speculation the country may no longer be as safe. Even in Cancun, where the National Guard has been deployed to keep tourists safe, the advisories have proven particularly damaging.

Now, Mexico is fiercely defending its hard-earned reputation as a tourist oasis:

Having succeeded in the mission of crowning Mexico one of the most visited countries in the world after Covid, Secretary of Tourism Miguel Torruco is now working to tackle the scrutiny the country’s security forces have been under lately. Despite Mexico’s best efforts, many now believe it is a country to be avoided due to high crime rates.

The change in perception can be attributed to the U.S. Department of State’s Travel Advisory, which lists only two Mexican states out of 32 as being completely safe for American travelers, those being Campeche and Yucatan. Comparatively, travel warnings have been slapped on all other major tourist zones, including Quintana Roo, Baja California Sur and Jalisco.

As stated on the Travel Advisory, Americans should either reconsider, or exercise increased caution when traveling to these destinations due to crime and even risk of kidnapping. Foreseeing the trouble ahead, Torruco requested a meeting with Rena Bitter, the U.S. Assistant Secretary of State for Consular Affairs.

During the Washington meeting, where other concerns were also debated, Torruco suggested that the travel alerts issued by the U.S. Department of State should be more specific in their classification of risk zones in Mexico. As Torruco puts it, they should ‘detail the areas that could represent problems and not generalize’.

While the Travel Advisory is quite extensive, and security alerts are somewhat more detailed under every Mexican state’s designated section, it does fail to define more precisely which neighborhoods, or zones, are affected by crime in relevant cities.

Instead, the U.S. Department of State opts for advising Americans to be cautious when visiting them as a whole.

Quintana Roo Is One Of The Destinations Targeted By The U.S. Department Of State

Let’s take the example of Quintana Roo: the advisory mentions ‘criminal activity and violence may occur in any location, at any time, including in popular tourist destinations’. On top of that, the advisory states travelers should exercise ‘increased caution’, especially after dark, when walking downtown Cancun, Tulum or Playa del Carmen.

There may be a grain true in it, but the same could be said about any other destination, or any other country. Like Torruco affirmed, ‘some isolated cases of insecurity are found several kilometers from tourist destinations’, bringing into question the U.S. Department of State’s classification of Quintana Roo’s top 3 cities as unsafe.

While we could expect Torruco to defend Quintana Roo’s honor, we also know that there have been shootings in tourist zones, including inside luxury complexes, giving some weight to the U.S. classification.

However, in his defense, they have not targeted tourists and are instead a result of gang disputes, something even the United States acknowledges.

Despite clear disagreements as to what constitutes a safe tourist destination, Torruco considered the meeting ‘cordial’ and found ‘openness and willingness to take up the suggestion’. Meanwhile, Mexico has been taking further steps to quash the crime trend, including cracking down on corrupt police that have been known to extort tourists.

Torruco also personally handed Bitter a document describing actions taken by municipal, state and federal authorities to protect American tourists in Quintana Roo, hoping the U.S. would reconsider its travel warnings. Or then, in the least, concede that the Mexican Government is prepared to deal with the violence surge.

Lastly, he noted 3.18 million Americans have traveled to Mexico during the first quarter of the year, highlighting the close links between the two North American countries and the need for cooperation on safety issues.

So far, the U.S. Department of State is yet to make significant changes to its classification of Mexican states, though any updates will be published here.

Travel Insurance That Covers Covid-19 For 2022

The U.S. State Department Is Warning Travelers About These 16 States In Mexico

Cancun Ranked As The Most Popular Destination For U.S. Travelers This Summer

The Travel Off Path Community FB group has all the latest reopening news, conversations, and Q&A’s happening daily!

Enter your email address to subscribe to Travel Off Path’s latest breaking travel news, straight to your inbox

Disclaimer: Current travel rules and restrictions can change without notice. The decision to travel is ultimately your responsibility. Contact your consulate and/or local authorities to confirm your nationality’s entry and/or any changes to travel requirements before traveling.  Travel Off Path does not endorse traveling against government advisories