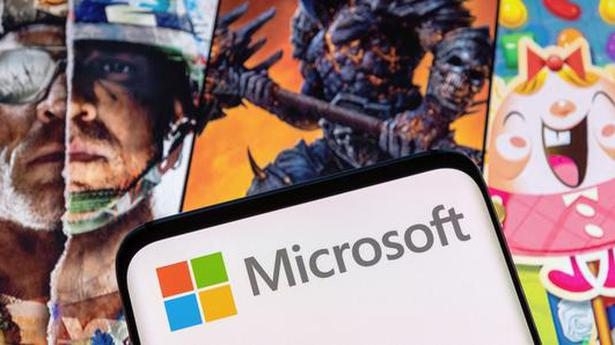 Why is the tech giant buying Activision Blizzard? How is it planning to capitalise on the metaverse idea?

The story so far: Microsoft on Tuesday agreed to buy troubled video game company Activision Blizzard in an all-cash deal valued at nearly $70 billion. The deal, if completed, would be CEO Satya Nadella’s biggest ever acquisition since he took the helm of the software company in 2014. It also marks a directional shift for the powerhouse in business computing and a rising videogames giant.

How will the acquisition affect both parties?

The acquisition comes at an important time for Activision, which faces accusations that its senior executives ignored discrimination. In July, California regulators filed a lawsuit against Activision based on complaints that the videogame maker paid its female employees less than their male counterparts and provided them with fewer opportunities to advance in their roles. Five months later, in November, the company announced that it reached a $18 million settlement. The company’s share price has fallen nearly 27% since the California lawsuit. But the Microsoft deal has given the videogaming company a lift. Activision’s shares ended the day on Tuesday at $82.31, gaining 26%.

For Microsoft, the transaction will enable the world’s second-highest valuable company to deepen its roots in the gaming industry by adding a bulk of popular game franchises including Call of Duty, World of Warcraft and Candy Crush from Activision’s stables. These titles, along with the software maker’s own, like Minecraft and Doom, could be accessed by Microsoft customers, both on smartphones and Xbox consoles. According to Microsoft, the deal would make it the third-largest gaming company, after China’s Tencent Holdings Ltd. and Japan’s Sony Group Corp. It will also enable the software maker to get a stronghold in the mobile gaming market where it barely competes at the moment.

How profitable is the mobile gaming industry?

The mobile gaming market has been booming even before 2019. Thanks to the changes in people’s lifestyle during the pandemic, the market’s momentum has spiked in the last two years. Global mobile gaming revenue jumped during the start of the pandemic, witnessing its largest year-over-year (YoY) growth in Q2 2020 at 33%. Mobile games earned more than $20 billion globally for the first time that quarter. Strong revenue growth continued in the following quarters, according to a report by data intelligence firm Sensor Tower.

U.S. topped the market for mobile games with 28% market share in 2020, followed by Japan with 22%, and China with 18%. South Korea and Taiwan together cornered 10% of the global mobile games market.

Outside the top five, India is an outlier. The country has become the largest market for mobile game downloads as smartphone penetration increased in recent years. Game adoption grew by 64% to 2.9 billion in Q3 2020 from 1.7 billion in Q1 2020, according to data from Sensor Tower. Both game installs and consumer spending in mobile games are poised to grow. Sensor Tower predicts the games installs, on both App Store and Play Store, to grow to 67.2 billion by 2023 and consumer spending in mobile games to $117 billion next year.

What is the metaverse and why is Microsoft interested?

The metaverse is a virtual world where a person’s digital avatars and those of the people in their communities and around the world congregate to play, shop, pursue hobbies, socialise and even work. Several big tech firms, including Facebook, which recently renamed itself as Meta Platforms Inc, are racing to capitalise on the metaverse idea. Microsoft’s $70 billion deal to bring Activision under its umbrella is more than just cornering a share of the booming gaming industry.

With the gaming company under its fold, the Windows maker is betting big on the prospects of a metaverse. Some experts point the way to make metaverse mainstream is through videogames. The games enable players in the digital world to connect, socialise, and even monetise. This digital land allows videogame makers to sell virtual shoes, helmets and guns to players as non-fungible tokens (NFTs). In some instances, these digital goods can be traded and resold in a metaverse. This exchange of digital goods for a price in turn creates a micro-economy.

As the pandemic moved a lot of gaming into the houses of consumers, videogaming companies are looking to simulate a community-focused multi-player type virtual environment based on the videogaming arcades of the past. Videogames like World of Warcraft and Call of Duty create that sense of community and enable developers to sell merchandise as NFTs on the platform.

Microsoft is looking to cash in on this new trend by taking a giant step into metaverse with Activision’s background in multi-player games.