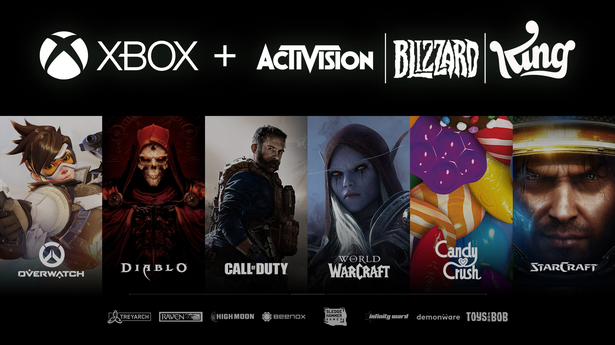 The acquisition will accelerate the growth in Microsoft’s gaming business, making it the world’s third-largest gaming firm by revenue, behind Tencent and Sony, after the deal closes.

Microsoft said on Tuesday it has agreed to buy Activision Blizzard, a leader in game development, in an all-cash transaction valued at $68.7 billion, which would be its largest-ever and the biggest gaming industry deal.

The acquisition will accelerate the growth in Microsoft’s gaming business, making it the world’s third-largest gaming firm by revenue, behind Tencent and Sony, after the deal closes.

“Gaming is the most dynamic and exciting category in entertainment across all platforms today and will play a key role in the development of metaverse platforms,” Microsoft Chairman and CEO Satya Nadella, said in a statement.

The deal will also provide building blocks for the metaverse, the futuristic concept that has gathered momentum lately, with tech companies, such as Microsoft, Epic Games, and Facebook, which rebranded itself as Meta, focused on bringing the immersive digital realm to life.

The Xbox maker has emphasised the importance of gaming to the company and its plan for the future, where the user is at the centre of the gaming experience. With this acquisition iconic franchises from the Activision, Blizzard and King studios like Warcraft, Diablo, Overwatch, Call of Duty and Candy Crush, will become part of Microsoft Gaming.

“Together we will build a future where people can play the games they want, virtually anywhere they want.” Microsoft Gaming CEO Phil Spencer, said.

Activision Blizzard’s chief Bobby Kotick will continue as the company’s CEO, and will report to Phil Spencer. However, Kotick is expected to leave after the deal closes, according to a Reuters report.

Microsoft’s largest-ever purchase after its 2016 acquisition of LinkedIn for $26.2 billion, is expected to close in the fiscal year 2023. The deal could be subjected to antitrust scrutiny, considering its acquisition of AI speech firm Nuance for $19.7 billion, came under the regulatory radar.

The Xbox maker, which has been making investments and significant progress in gaming, including the launch of its next-generation consoles, cloud gaming, new apps, and a redesigned digital store, also bought ZeniMax Media for $ 7.5 billion last year.

According to Microsoft, about three billion people globally play games today, which it expects to grow to 4.5 billion by 2030.

The global gaming industry recorded revenues of $180.3 billion last year, with the number expected to touch $218.8 billion by 2024, as per data analytics firm Newzoo.