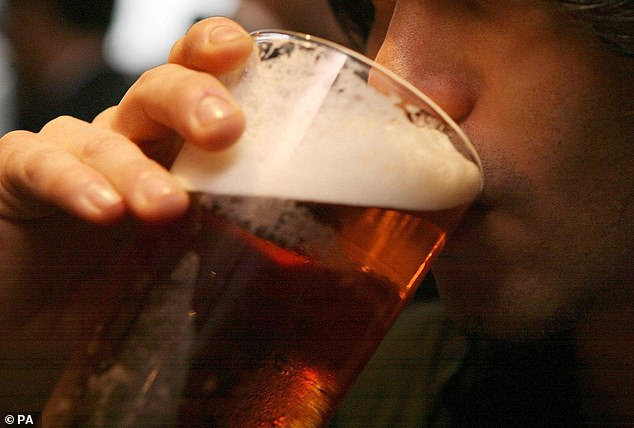 Lockdown has led to millions more Britons putting their health at risk by drinking up to 50 units of alcohol a week.

It is the latest sign that shutting down society has had a damaging knock-on effect.

Professor Julia Sinclair, chairman of the addictions faculty at the Royal College of Psychiatrists, said the switch to boozing at home was partly to blame for the rise as the drinking sessions can last hours longer than they would in a pub.

The research used a score called Audit, developed by the World Health Organisation, to assess problem drinking. Audit takes into account a range of factors including how often people drink and how many units they consume in a session to determine if they fall into ‘increasing’ or ‘higher’ risk categories.

About 5.5million men drank at increasing or higher risk levels in the three months to the end of October, up from four million in February 2020. Among women, the figure was 2.3million, up from 1.6million in 2020.

The NHS recommends adults consume no more than 14 units of alcohol per week. One measure of spirits is one unit, a pint of lower-strength lager is two units and a large glass of wine is three.

Professor Sinclair said drinking at home ‘can go on for hours’ and many are not keeping track of their measures.

She added: ‘People are carrying on drinking what they started to drink at home and drinking in addition to that. Our best, most realistic scenario is that the higher-risk drinkers go back over the next probably five years to normal risk drinking.’