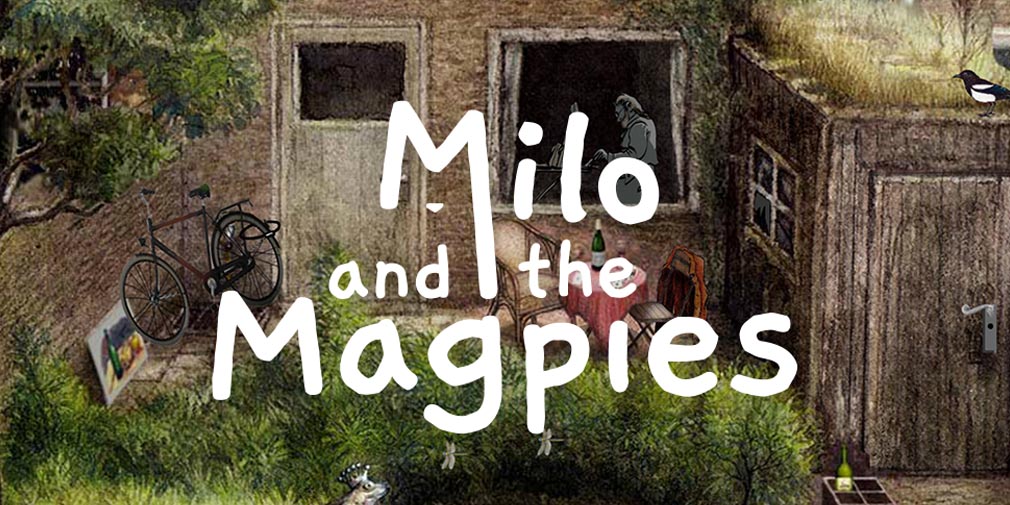 Indie developer Johan Scherft has announced the official mobile launch of Milo and the Magpies on iOS and Android today. Players will step into the shoes of a curious cat in this atmospheric point-and-click adventure in order to find their way back home after a not-so-pleasant encounter with some magpies on a roof.

In Milo and the Magpies, players will go through different backyards and find their way home via a mix of point-and-click and hidden object elements. Milo will have to sneak around neighbours’ yards while solving puzzles (and enjoying the scenery) along the way.

Developer Johan Scherft is also a talented Dutch Painter himself, lending his expertise to create the charming visuals of the game. The hand-painted artwork and the animations are accompanied by a relaxing soundtrack, where every backyard has its own theme song as composed by Victor Butzelaar.

There are nine gardens for Milo to explore and a cast of colourful characters to meet, and while the whole game lasts only about an hour and a half, it’s supposedly made to be a calming visual experience on mobile.

If you’re eager to give the game a go, you can download Milo and the Magpies on the iOS App Store or on the Google Play Store for Android devices. It’s a premium game that costs $1.99 a pop or your local equivalent. It’s also available to play on Steam, or if you’re curious about what the game looks like, you can have a look at the embedded trailer above to get a feel of the gameplay.