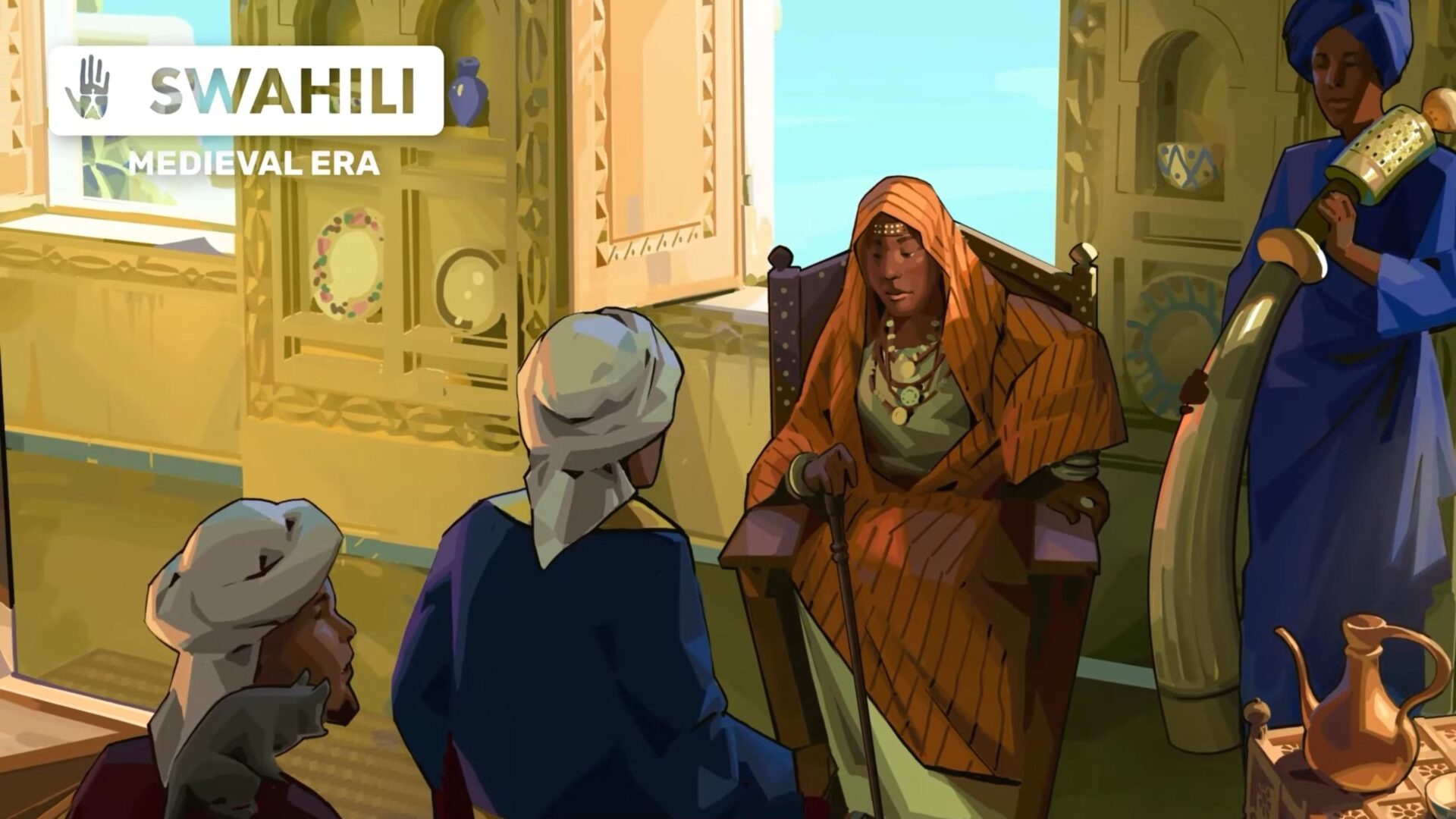 The trailers showcase the three earlier cultures included in the DLC, Bantu, Garamantes, and Swahili.

As the name suggests the DLC focuses on cultures from the African continent, providing one per era, on top of several new wonders.

You can check out the trailers below alongside the description for each culture portrayed.

The Bantu expansion is a postulated series of major migrations of an original Ntu-speaking group from Central- West-Africa across much of sub-Saharan Africa.
Pick this culture if you want to grab a lot of land fast and early!

Their growth and expansion rested on a complex and extensive qanat irrigation system, which supported a strong agricultural economy and large population.
Pick this culture if you want to get food from arid Territories!

The rise of the Swahili coast city-states can be largely attributed to the region’s extensive participation in a trade network that spanned the Indian Ocean.
Pick this culture if you want to take advantage of your coasts!

Humankind is now available exclusively for PC. If you’d like to read more, you can take a look at our review.