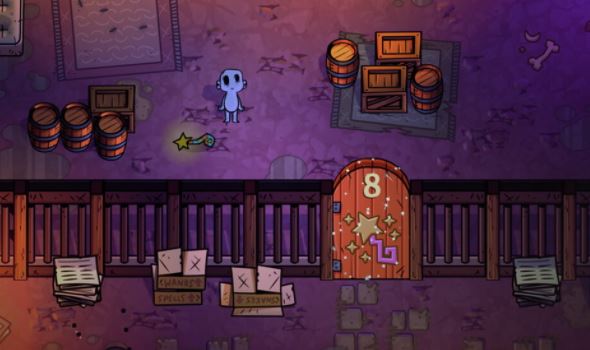 One of the points that were blocked in the Nobody Saves the World demo had to do with the first task of the fairies. We were asked to get five, but it was impossible. In fact, the second one we saw was inaccessible.

No, there was no passageway in the house next door. Logically, it seemed that an aquatic character was necessary to reach said the fairy. And with the final version of this DrinkBox Studios work already available on Xbox Series, Xbox One, and PC (with the Game Pass senior incentive ), we confirm it.

Which aquatic creature is easiest to get

Knowing in advance how is the peculiar idiosyncrasy of this adventure, to unlock an aquatic creature we will have to first upgrade the Guard or the Explorer to category C. The first will give us access to the Horse and the second to the Slug. And if you pay attention, the Horse will give you access to the Turtle, seeing how the Slug does the same with the Mermaid, which are aquatic creatures, of course.

And which one is easier and faster to unlock? In this case, we recommend you opt for the Horse route, which is also a very fast creature and will come in handy in a later dungeon. It only has one peculiarity in relation to its attack: it attacks backward, so you will have to hold down the trigger to move aiming without problems. You’ll get used to it in a few minutes.

Its main tasks are linked to that attack, without going any further. The other is the gallop ability, where you will spend mana while trampling enemies. If you complete the dungeon located to the west of the Great Castle, the Horse will have been upgraded to category C without realizing it (which did not happen in the demo) to access the Turtle. And beware, do not underestimate this being for its slowness, which is fast in the water.

Now with the Turtle, you can get that fairy and explore the rest of the territory by water, where there will be some other surprises… like the first rainbow, where you can not miss the relevant cave with three chests inside, in this case, Wow.

Of course, these chests will only give you money. Not that you should be averse to money, since the merchant will allow you to buy upgrades to your global stats, but fairies are certainly more useful for raising your mana limit. That at first the game may seem easy, but in later dungeons, the use of skills or the exchange between characters will be common.