Covid case growth is starting to slow down nationwide as the U.S. finally reaches the peak of its winter Omicron surge. Cases have doubled over the past two weeks in only 15 states, after nearly every state was recording a 100 percent increase or more last week. Cases are either decreasing or flat in eight states and the District of Columbia as well.

Omicron, which first arrived in the U.S. in late November and started fueling major outbreaks in December, is already burning out. States that were leaders in case growth last month are now recording the largest drops in cases.

Massachusetts has joined the ranks of the states recording declining Covid cases, with daily infections down 11 percent over the past two weeks. The Bay State is recording 177 cases per every 100,000 residents at the moment.

New Jersey and New York were the first states struck by the variant, with New York City and the surrounding areas in both states being slammed hard and fast by Omicron in early December. Both immediately took the national lead and infection rate and both had their daily case rates increase more than seven-fold in a matter of weeks.

Maryland is also among the leaders in dropping case rate, with cases in the state dropping 42 percent to 123 infections per every 100,000 residents every day. 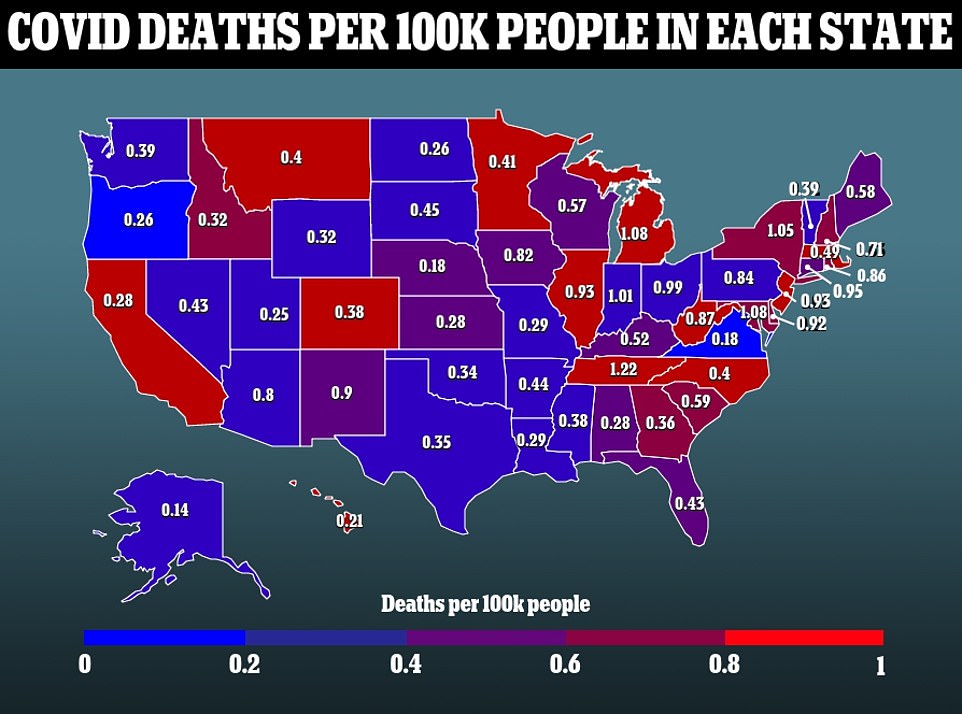 All of the states featuring case declines are along the east coast, highlighting the westward movement of the virus over time. Once Omicron arrived, it struck many population centers along the east coast and took an extra few weeks for it to make it across the country.

Of 15 states that are currently recording case increases of 100 percent or more, 14 are west of the Mississippi river. The lone eastern state suffering a massive surge is South Carolina. The Palmetto state has recorded a 109 percent jump in cases over the past two weeks, which is a far fall from the near 900 percent increase it was recording last week.

Alaska has reemerged as the national leader in case growth this week, with new daily cases up 304 percent over the past two weeks. The state experienced a large surge of cases during autumn, an early indicator of a winter Delta surge to come. Cases burned out there, though, and Alaska actually recorded declining cases for much of late fall and early Winter.

Omicron has finally found its way to the state 1,600 miles from the U.S. mainland, though, causing a second wave in the state during these fall and winter months. It is now among six states to have an infection rate of 300 per every 100,000 residents or higher, at 304.

No other states have had cases triple or more over the past two weeks, though some states in the great plains – Wyoming (194 percent increase over past two weeks), North Dakota (184 percent) and Montana (183 percent) are starting to see cases climb as well. 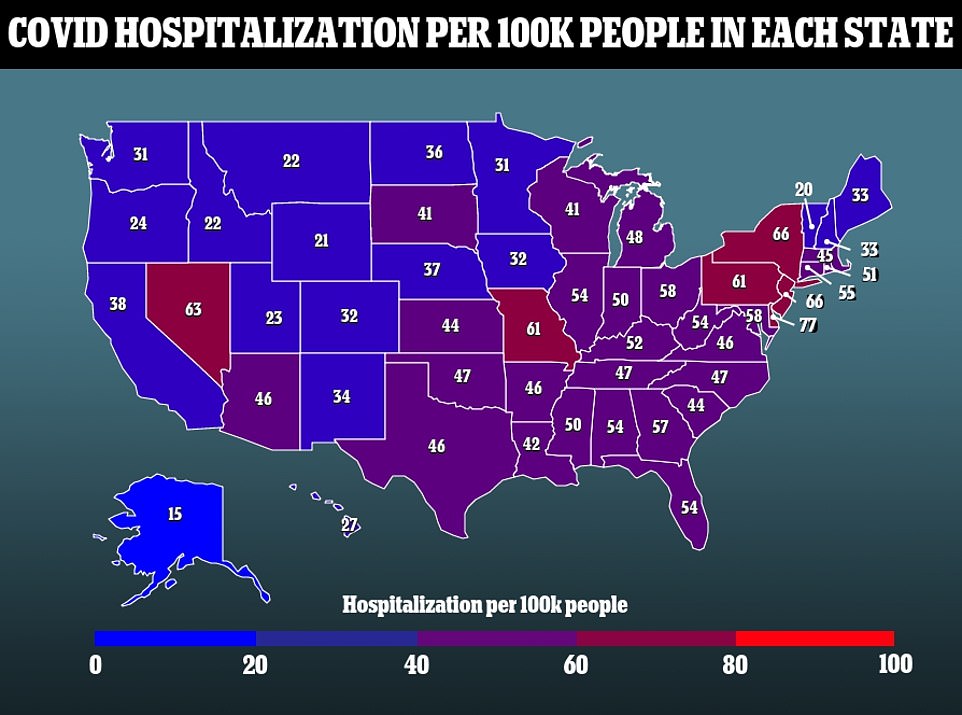 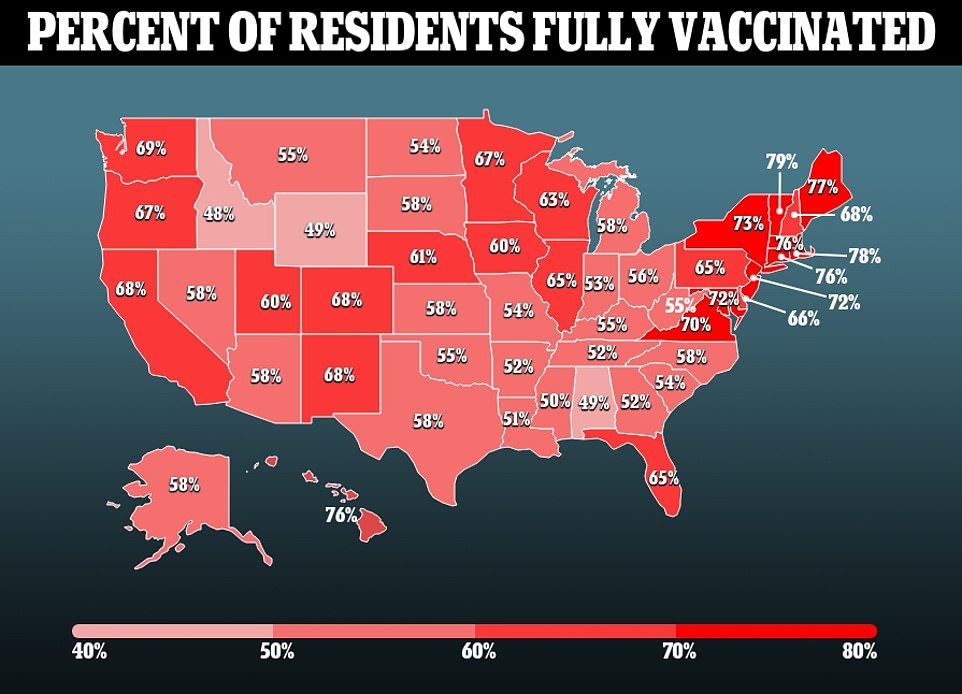 Rhode Island is still the national leader in infection rate despite its high vaccination rate. The Ocean state is recording 404 infections per every 100,000 residents daily. The 78 percent of residents who are fully vaccinated is the second highest rate in America.

Maine is the only U.S. state recording less than 100 daily infections for every 100,000 residents – at 68 – and is among the leaders in vaccination rate with 77 percent of residents having received their shots.

Alaska’s case growth has also led to a surge in deaths, with the state now jumping to the top of daily average mortality rate as well. The state is currently logging 1.29 deaths per every 100,000 residents.

Michigan, a former leader which looked like it had gotten its situation under control, is seeing death counts rise as well. The Great Lakes state is now second in daily mortality rate, with 1.23 of every 100,000 residents dying of Covid daily.

Tennessee has relinquished the dubious honor of having the nation’s highest death rate, and sits in third place with 1.1 daily deaths per 100,000 residents.

While cases may be dropping in New York and Maryland, deaths are lagging behind. Both states are also among the leaders in mortality rate, with 1.09 and 1.07 out of every 100,000 residents dying from the virus each day respectively.

No other state is recording more than one daily Covid death per every 100,000 residents as of Thursday.