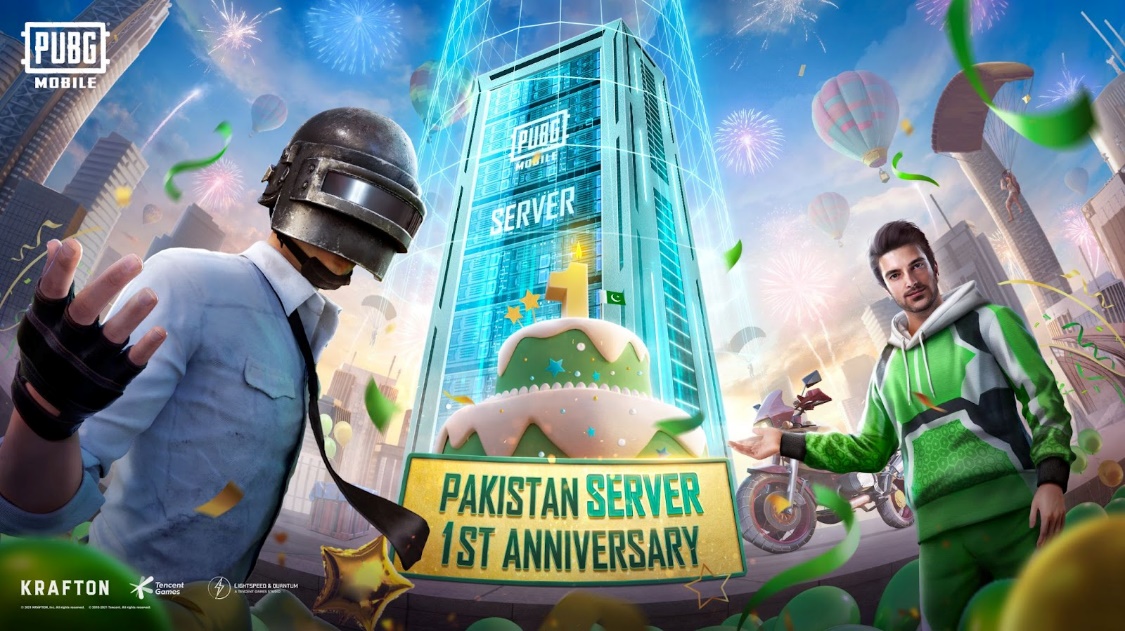 Pakistan’s most popular mobile game, PUBG MOBILE is marking the first anniversary of its local server with a host of exciting features and rewards. The completion of a year since the establishment of PUBG MOBILE’s Pakistani server coincides with the launch of its New Version update featuring a limited-time Spider-Man: No Way Home gameplay mode along with a permanent new map; Aftermath.

Given its popularity in Pakistan, one of the largest mobile gaming markets in the world at present, PUBG MOBILE has been making continuous efforts to bring exclusive projects to create unique gaming experiences for players in the country.  From featuring Asim Azhar as Pakistan’s first brand ambassador through the release of a PUBG MOBILE anthem to partnering with the ‘Rawalpindi Express’ Shoaib Akhtar in introducing his character as the capstone to the Gully Squad Event, the platform also marks national celebrations like Pakistan Day and shares characters from famous historical series like Ertugrul with its local gaming community. 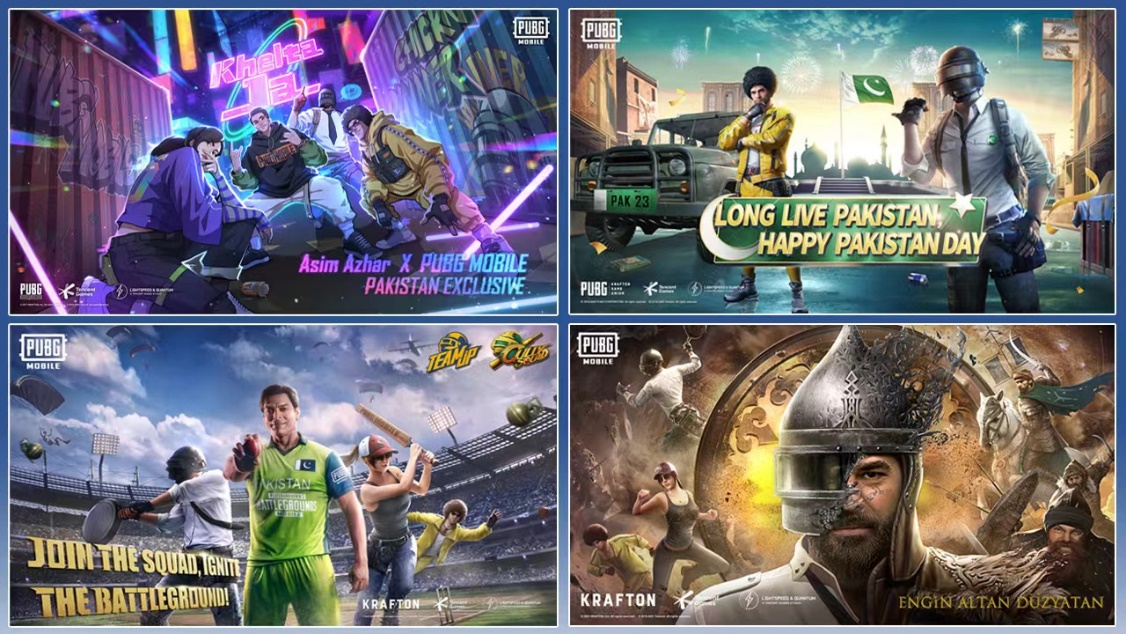 The PUBG MOBILE Pakistan server is part of the platform’s efforts to improve the playing experience for local players and it has facilitated the overall engagement by providing 30% optimization for latency issues of the game network. For players logging in for 8 days straight during the campaign, a permanent Pakistani pack will be unlocked featuring a custom-made outfit in the national colors of the country. Gamers can also redeem a Sindhi voice pack featuring Ali Gul Pir FOR FREE, avail exciting gifts like a Pakistan exclusive avatar frame, iPhone, shopping cards, and motorbikes, as well as the chance to buy a Pakistan Server 1st Anniversary Crate that comes with a vibrant celebration, and sidecar motorcycle in the game. 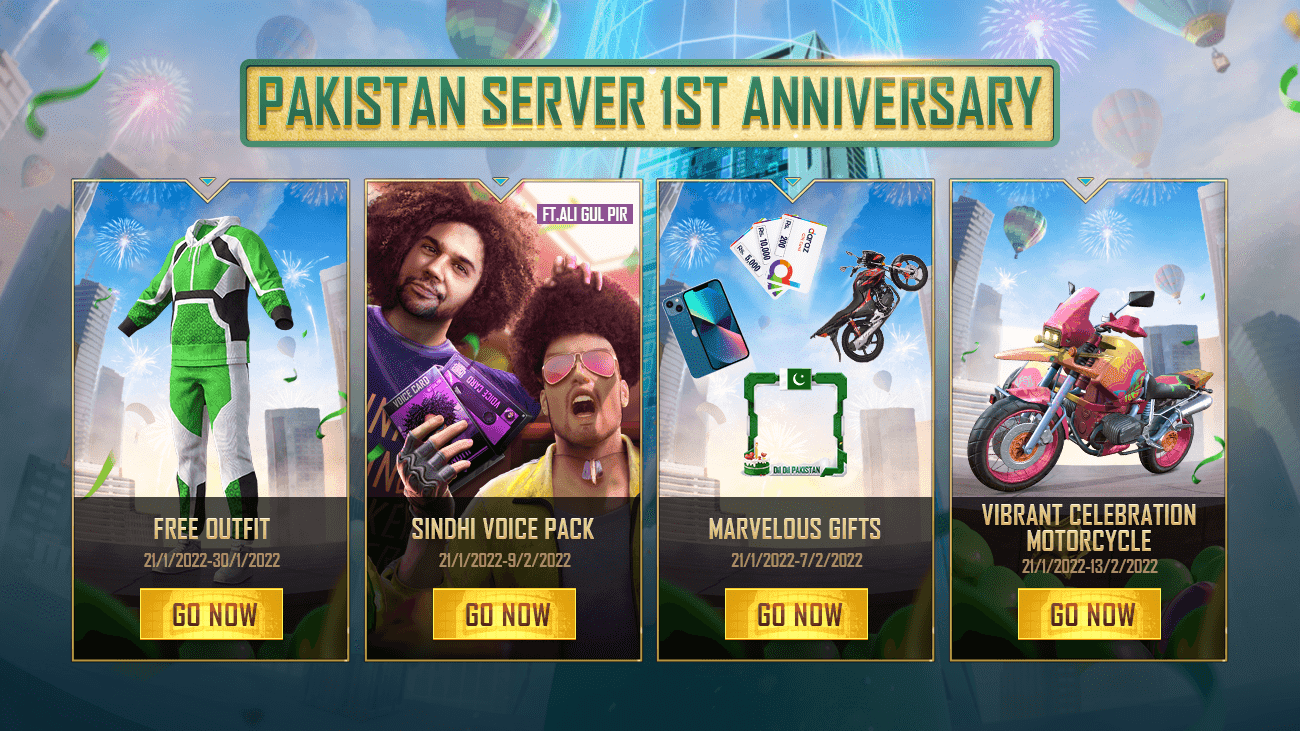 Moreover, the first anniversary of PUBG MOBILE’s Pakistan server happens to fall during the launch of the fascinating New Version update. Introducing the web-slinging Marvel superhero from Spider-Man: No Way Home along with a host of other distinct additions like a new map,  Aftermath, and groundbreaking collaboration with Zaha Hadid Architects, the update is an action-packed collaboration between some of the biggest brands in the entertainment industry. 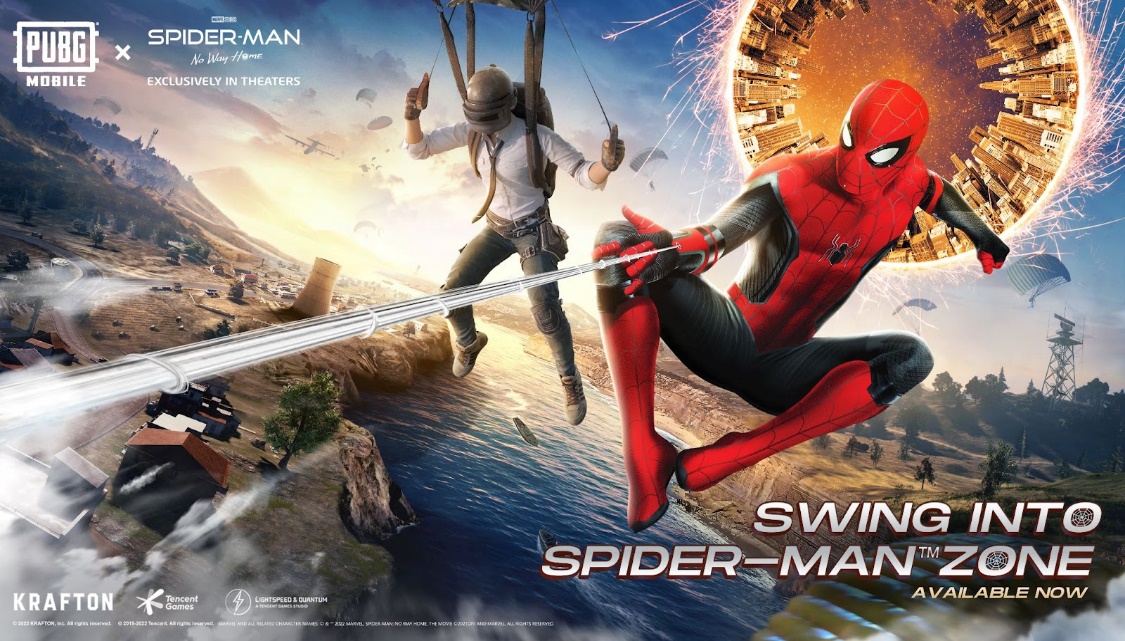 “Pakistan’s effervescent gaming culture has gathered significant steam in the past few years and PUBG MOBILE has been at the forefront of providing this community with the most exciting avenues to enjoy their time. With exclusive products and features that are custom-made for the Pakistani players, we continue to showcase our commitment towards the following that our platform has built in the country. Our tailor-built initiatives for this market garner immense praise and drive greater engagement from players which is always a motivational boost for our capabilities and prospects.” 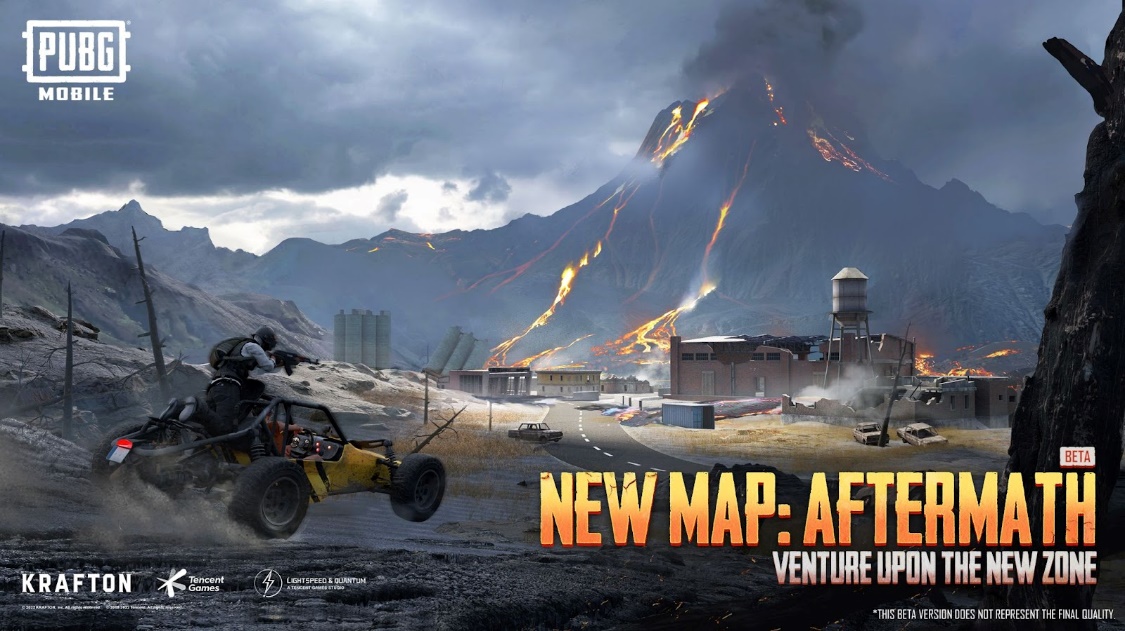