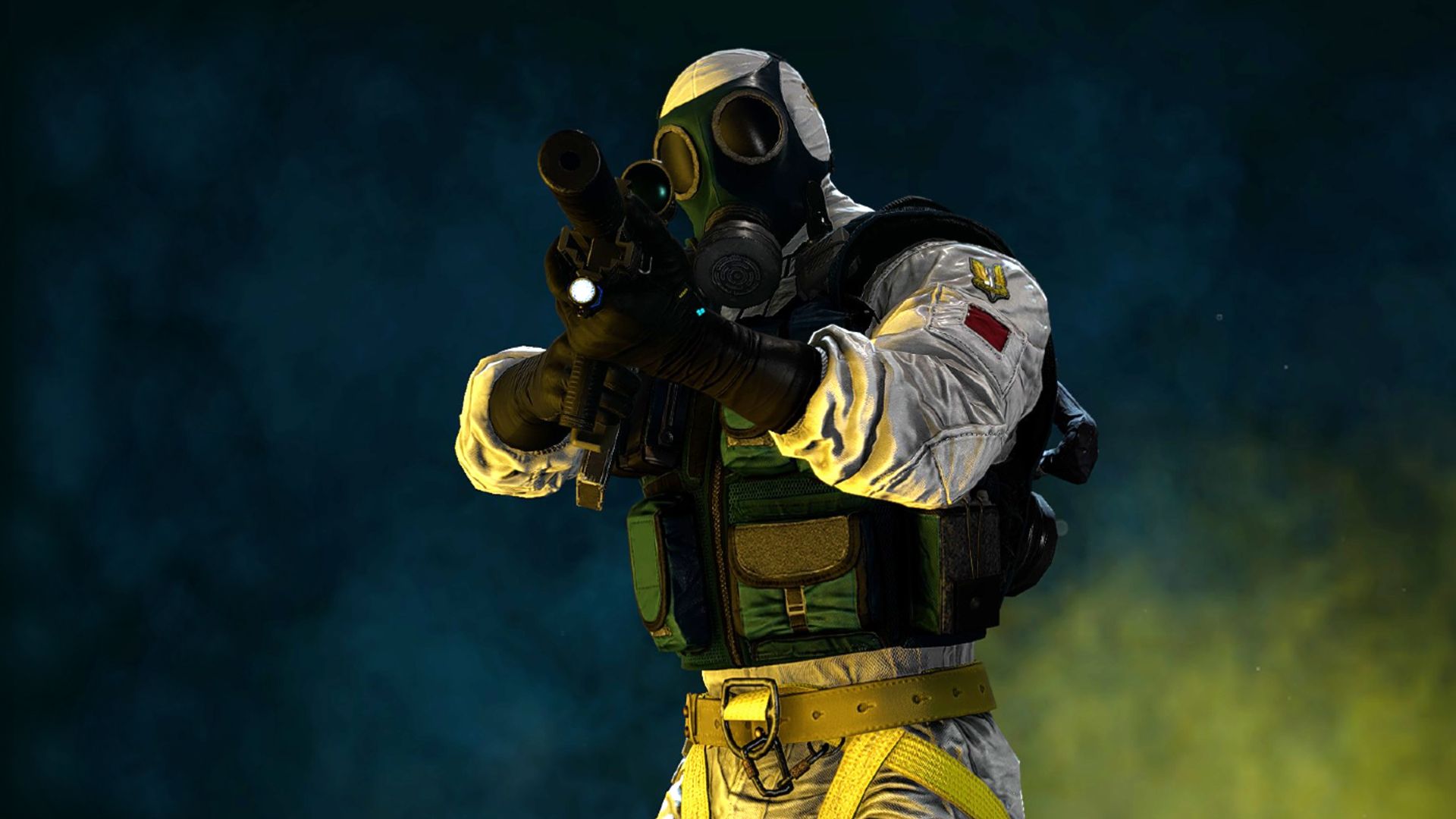 Rainbow Six Extraction is a square peg in a round hole. It shares most of its DNA with one of the last decade’s best multiplayer games, the asymmetric tactical shooter Rainbow Six Siege. All of Extraction’s playable characters come directly from Siege’s roster, with similar loadouts and only minor revisions to the functionality of each operator’s gadget. It also adopts Siege’s destructible environments, so you can shred most walls back to their studs with the right gadgets or enough bullets. Extraction even continues the sci-fi narrative that Siege started back in 2018 with the limited-time PvE event, Outbreak.

All of those ingredients are present in Extraction, but they’ve been mixed in such a way that they fail to impart any flavour. Destruction works exactly as it does in Siege, but there’s no benefit to opening new pathways, and no way to exploit breachable surfaces thanks to the predominantly horizontal map design. Some operators have been creatively reworked to suit the new horde threat, but others seem out of place and ill-equipped. With so many of its components carried over verbatim from Siege, Extraction feels as much like a limited-time game mode as Outbreak did.

The story picks up shortly after the events of Outbreak, with its alien parasite – dubbed Archæans – springing up all over North America and evolving to pose team Rainbow a greater challenge. You start on Liberty Island in New York City, travel west to San Francisco, north to Alaska, and finally south to New Mexico. There are three maps to choose from in each location, but it doesn’t really matter which one you’re playing on as the objectives you’ll need to complete are randomly assigned when you start a match.

Each objective is located in its own third of the map, and there’s a Left 4 Dead-like safe zone between each area with a stock of ammo, reinforcements, and health kits to share around. As the title suggests, extraction is a key part of the game, and you’ll always have the choice of heading to an extraction point to safely escape halfway through an incursion, rather than push on to the next sub-zone with a sliver of health and risk wiping.

And that’s a risk you really don’t want to take. When your operator is knocked out they’ll go into stasis and get captured by the parasite. If this happens, not only do you lose all of the XP you earned during that run, your operator also loses some individual progress and you’re forced to rescue them in your next incursion.

Destruction works exactly as it does in Siege, but there’s no benefit to opening new pathways

While there are 13 potential objectives that can occupy each sub-zone, they rarely require you to tailor your approach. There are stealthy objectives that task you with sneaking around to plant tracking devices in nests, or perform stealth takedowns on elite enemies. Escort missions come in three different flavours: escort a parasite-killing bomb, escort a downed researcher, or escort a downed teammate. Sometimes you’ll need to kill an elite enemy, other times you’ll need to bait it into an incapacitating trap. There are objectives in which you’ll need to find and activate three computers in the right sequence while a timer ticks away (this one’s easy if you just clear out most of the sub-zone before touching the first computer).

None of these require you to make use of your operator’s gadget or consider the map’s destructibility. There are a couple of minor exceptions that charge you with defending an objective for a minute or two, which you’ll do by placing down reinforcements, barricades, and gadgets to direct the flow of incoming Archæans. You have some scope for creating tactical setups during these missions, especially if you use shotguns to open up long lines of sight, but as certain enemies can breach both soft and reinforced walls alike, there’s really no way to control which direction they’ll flood in from. 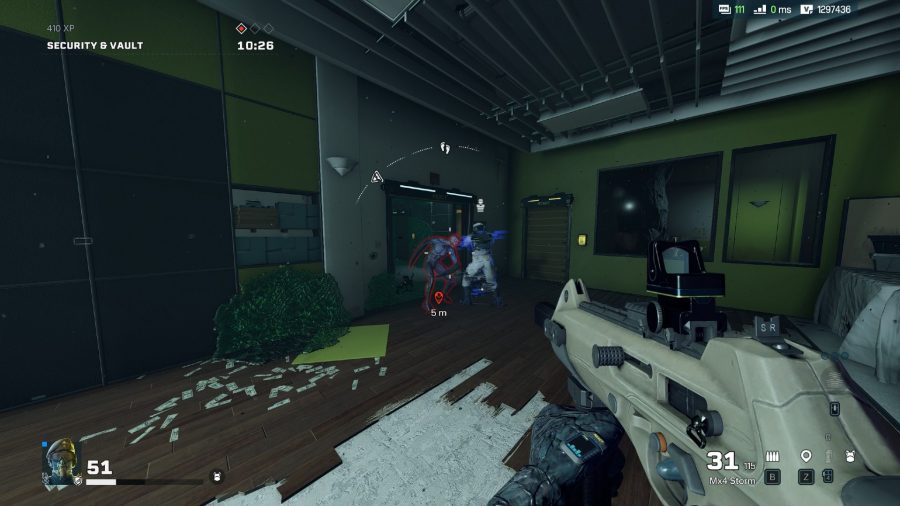 Operator gadgets are a little more impactful. Siege’s stalwart, Tachanka, still sports his Soviet-era deployable LMG and is devastatingly effective during those defensive objectives. However, other operators have had their signature gadgets tweaked just enough to prove effective against the parasite, but no more. For the most part they feel the same, which reinforces the disappointing sense of deja vu that pervades Extraction. Vigil, for example, can now cloak himself from Archæans, letting you slink away after kicking the proverbial hornet’s nest. Alibi’s Prisma holograms pull aggro away from your squad, not only giving everyone a breather, but also making it much easier to focus your fire at a miniboss. Even Jäger’s grenade-catching gadget has been tweaked so it fires a deadly shot at any Archæan that comes into range – very handy for locking down a room.

But for every reworked operator you’ll find one who offers almost nothing to your squad. Fuze’s cluster charges are less effective than simply shooting through a wall with a suppressed weapon, and while you can create traps with them by luring Archæans towards them, there’s no need to create such an elaborate scenario. IQ can ping supplies through walls with her scanner, but the range isn’t sufficient to reveal anything that you can’t find just by looking a bit more carefully. And Rook? Well, Rook can pass around armour plates just like in Siege, which prevent instant knockouts and grant a minor buff to your damage resistance, but it’s probably the most boring ‘ability’ in the history of hero shooters.

Some operators become extremely powerful once you level them up, with raw stat boosts, new weapons, additional gadget uses, and even new gadget functionalities unlocked at max level. Put in the work and Tachanka can deploy two turrets simultaneously, so another teammate can get mounted and loaded. Reaching an operator’s level cap takes a dozen or so complete and successful incursions, and this can be a real slog for some of the initially weak characters. 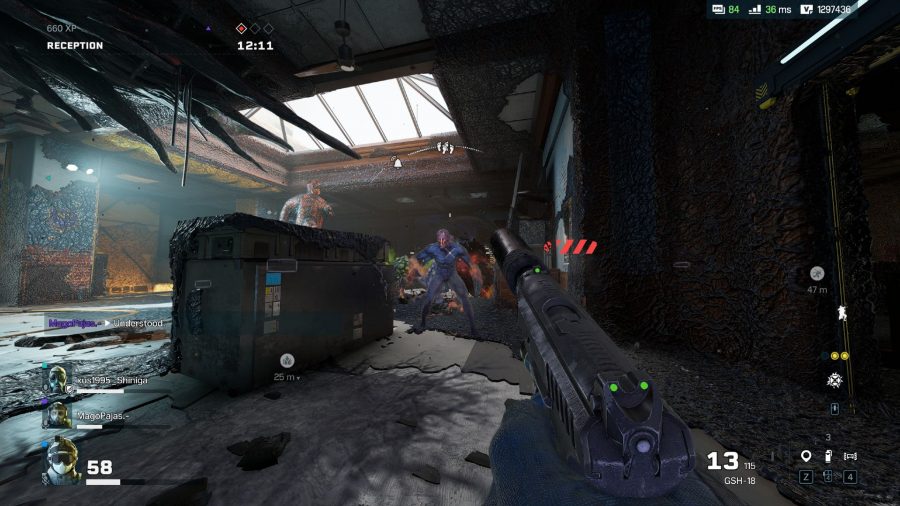 The Archæans themselves come in a few different varieties, but only a couple demand any sort of coordination à la Left 4 Dead 2’s Witch or Jockey. The heavily armoured Smasher is downright lethal head-on, but if you can stun it or get a teammate to flank, then its weak spot is easy enough to get at. Likewise, the Apex, which can summon fellow Archæans at an alarming rate, just needs a few seconds of focused fire to dispatch.

The real threat in Extraction comes from the Sprawl, a viscous black goop that seeps and spreads across the map, slowing your movement whenever you walk through it. Sprawl oozes from any Archæans you mow down as well as from nests you disturb, so you’ll encounter a lot more of it if you take a reckless approach.

Extraction is full of mechanics that punish you for going in guns blazing. Disturbed nests will start spitting out new Archæan soldiers, and any Archæan that spots you can release a shriek to rally every ally in the area. As more enemies come flooding in, so does more Sprawl, and very quickly it becomes difficult to make any forward progress. The chain reaction that turns a mission from smooth sailing to helter-skelter is almost instantaneous, so it really does feel like there’s only one way to approach Extraction if you want to survive. But that method is quite tedious. Crouch-walking through corridors, carefully scanning each room for Archæans, and destroying nests is easy, but it’s time-consuming, and doesn’t evolve much even as the difficulty scales. 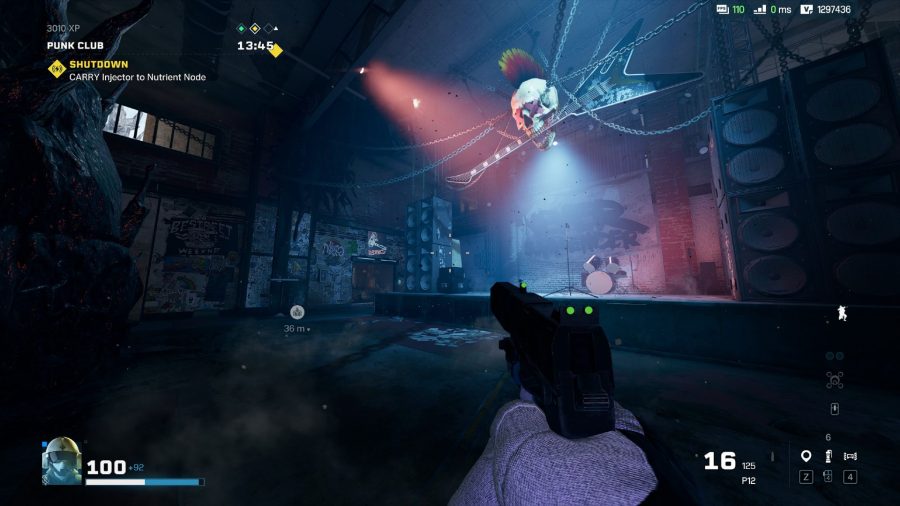 And that’s pretty much Extraction. You cycle between 12 maps and a few different objective types, leveling up your operators and increasing the difficulty setting to earn more XP. Tracks of optional challenges offer lore titbits and extra rewards, but frustratingly they’re map-specific and can only be completed one set at a time. I played one map three times in a row hoping for a specific enemy type, completed the last challenge of the set, and then had to extract and start again to access the next set of tasks. The reward? Two sentences about a miniscule development in the team’s research efforts and some XP.

operators feel the same as they did in Siege, reinforcing the sense of deja vu that pervades Extraction

While the random selection of objectives for each sub-zone does make every playthrough a little different, it ultimately limits the stakes. It’s impossible to emulate the nail-biting tension of Left 4 Dead or Back 4 Blood’s carefully curated set pieces with small map areas and randomised objectives, and I find myself missing the scale of these climaxes.

The closest Extraction gets is with its Singularity objective type, in which your team takes on one of three Proteans. These are proper boss fights against an Archæan mimic of either Smoke, Alibi, or Sledge, each with their own alien twist on their counterpart’s gadget. Alibi, for example, casts multiple clones so she’s hard to track across the arena, while Smoke leaves a trail of toxic fumes wherever he goes, restricting your movement and vision. 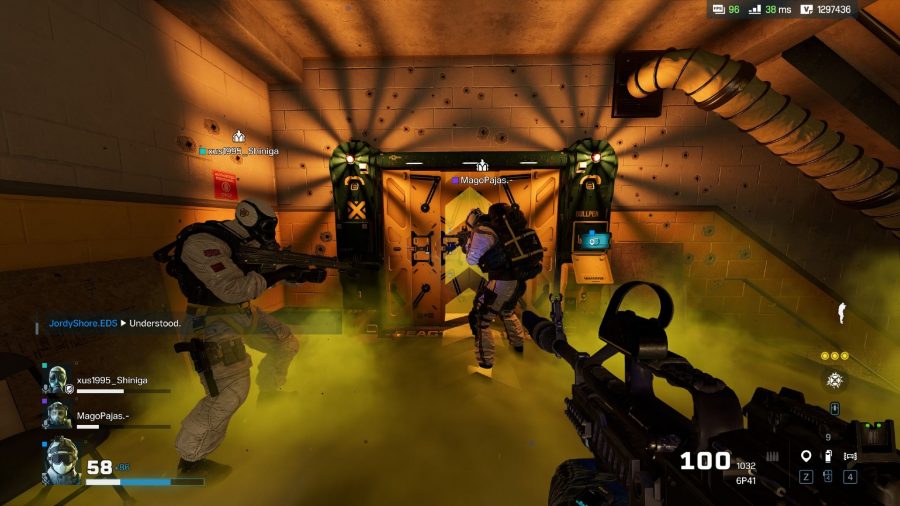 Maps make poor use of their regional settings. You’ll clear out New York high rises without any cityscape views to make you pick up your jaw from the floor, and a biker bar in San Francisco’s Tenderloin neighbourhood could be set anywhere else in the world. Worse still, the only form of narrative development comes through short, ultimately pointless CGI cinematics you unlock with each new region. In one, Eliza ‘Ash’ Cohen spends half a minute building up the next location, and then it just ends. No story development, no greater sense of her emotional state, how the team’s holding up, or if the threat’s escalating.

I’ll need more time with Extraction before I reach a final verdict, as there are still a couple of endgame modes I’ve not been able to try yet. The journey to endgame has been disappointing, with nowhere near enough tension and variety to break up the monotony of Extraction’s repeating objective types. Like anything else, the experience is improved significantly when playing with friends, but there are better co-op shooters out there.