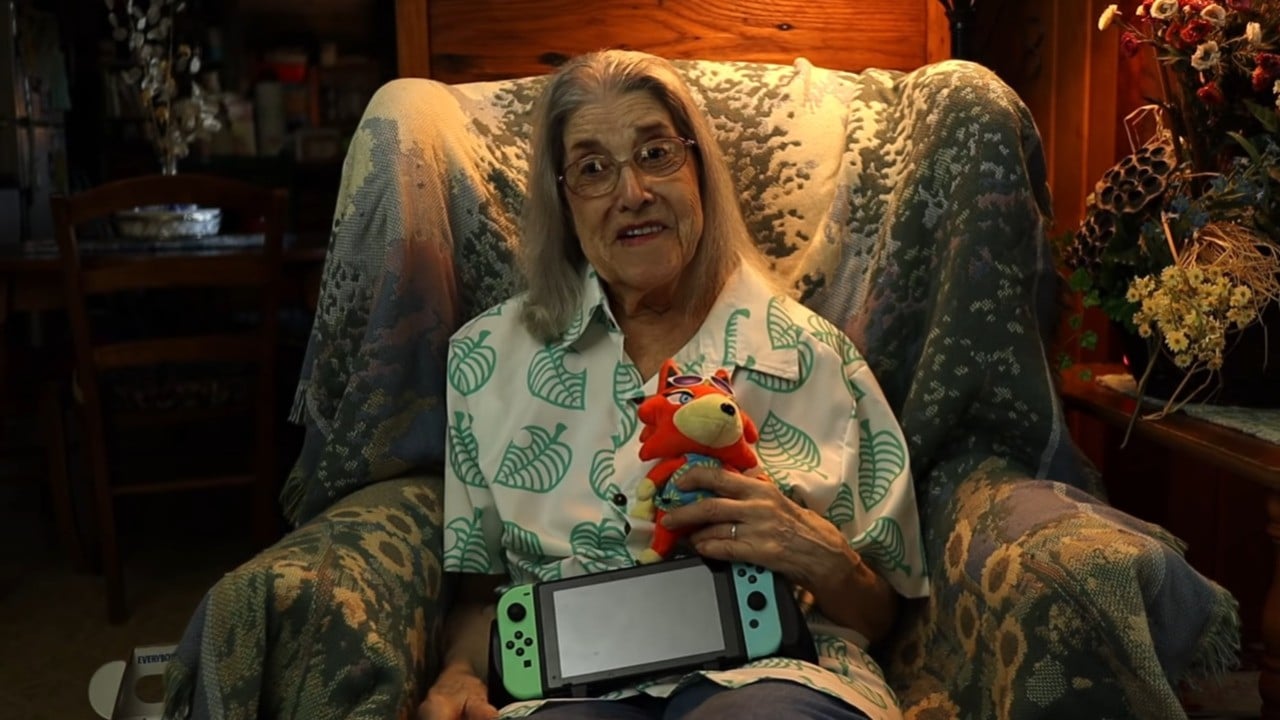 There’s so much to say about Audie, the woman known affectionately as “Animal Crossing Grandma”. We’ve covered her a lot before — when she’d played over 3,500 hours of Animal Crossing: New Leaf, the time she received a limited-edition Animal Crossing Switch, when she found out that a New Horizons character was (probably) named after her, and most recently, when she gave a tour of her island.

In 2021, Audie (real name Audrey Buchanan) turned 90, and in January 2022, she was able to celebrate with her grandson Paul, who made a video to show her unboxing her gifts.

And what gifts they were!

But as she said in the video — don’t buy her any more stuff! “I have enough already!”

You can watch the video for a full tour of Audie’s island, including her complaining about all the flowers that she has to keep digging up. Same here, Audie. Same here.