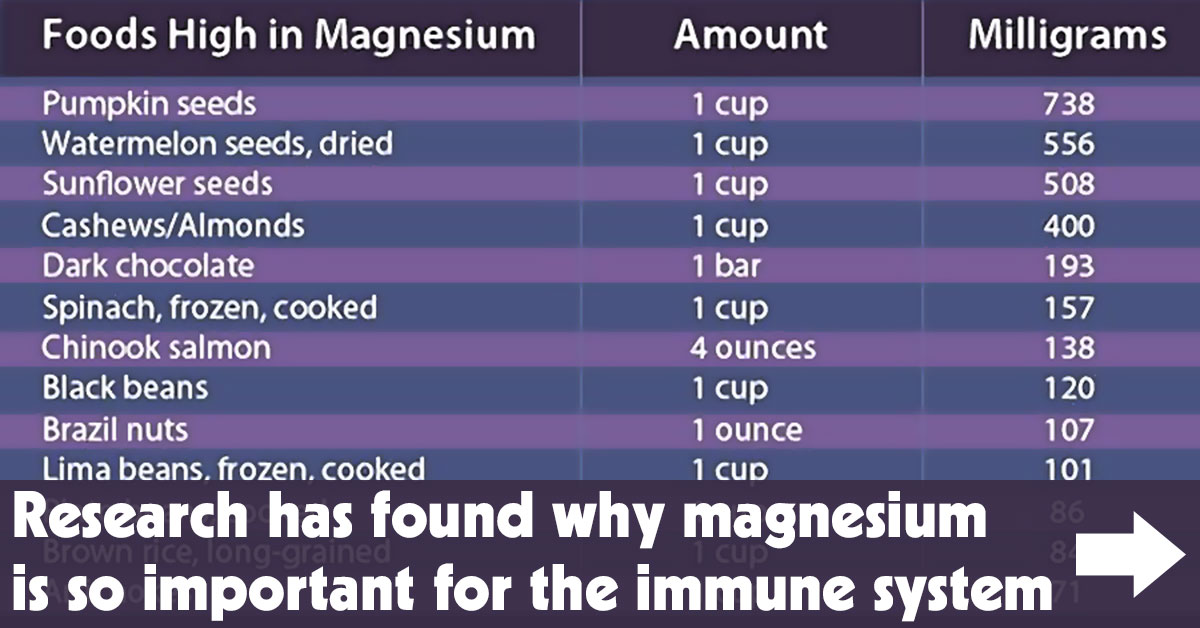 The magnesium level in the blood is an essential factor in the ability of the immune system to deal with cancer cells and pathogens. A study has found that T cells require an adequate amount of magnesium to be able to function effectively. The results could also have significant implications for patients with cancer.

A deficiency in magnesium is linked to various diseases, which include cancer and infections. Prior research has found that cancerous growths spread quicker in mice when they had been given a diet low in magnesium and that they also had impaired defense against flu viruses. There has however until now not been much research into exactly how magnesium has an effect on the immune system.

The study found that T cells can effectively wipe out infected or abnormal cells only in an environment that is magnesium-rich. Magnesium is specifically essential for a T cell surface protein called LFA-1 to function.

LFA-1 functions as a docking site, which plays an important part in the activation of T cells. In the inactive state this docking site is however in a bent conformation and as a result, can’t effectively bind to infected or abnormal cells and this is where magnesium is needed. If magnesium is present in adequate amounts in the vicinity of the T cells, it binds to LFA-1 and makes sure that it remains in an extended and active position.

The discovery that magnesium is important for T cell function could be extremely significant for the latest cancer immunotherapies. The aim of these therapies is to mobilize the immune system, especially cytotoxic T cells, to fight the cancer cells. The researchers were able to demonstrate in experimental models that the immune response of T cells against cancer cells was strengthened by an increased concentration of magnesium in tumors.