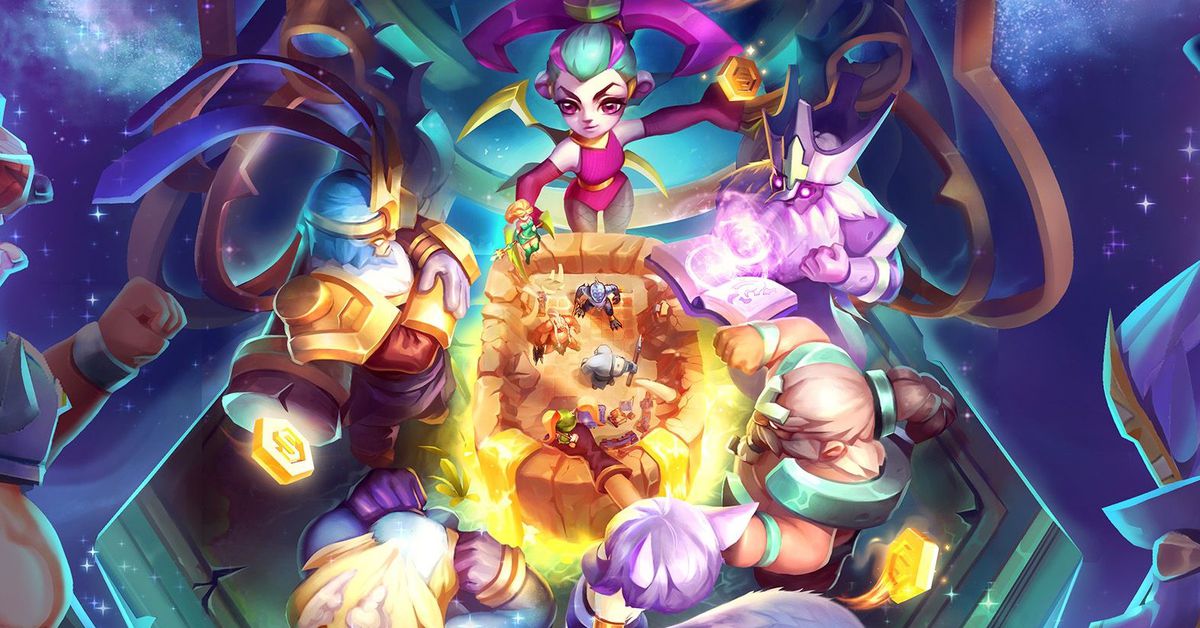 The lawsuit, filed in California, is asking the court to restrict Imba from selling its game and infringing on the League of Legends copyright. Riot is also seeking $150,000 for each instance of copyright infringement. Riot lawyers said in the lawsuit that it filed a cease-and-desist letter with Imba, with an “extensive but non-exhaustive side-by-side chart of copied characters and gameplay elements.” Imba denied copying from League of Legends developer Riot, according to the suit.

Laid out in the lawsuit, Riot published side-by-side comparisons of various parts of each game, showcasing similar character designs and names — like Heimerdinger (League of Legends) vs. Dinger (I Am Hero: AFK Teamfight), Vi vs. Vy, and Teemo vs. Tomee.

In some instances, developer Imba appears to have copied and pasted text straight from League of Legends lore to fill out character descriptions in I Am Hero: AFK Teamfight. Elsewhere in the lawsuit, Riot also outlines similar character abilities and icons.

“Imba’s plan that potential customers would recognize the Infringing Game’s heroes was successful. Many players commented on the outright copying of LoL champions in the Infringing Game,” Riot’s lawyers wrote. The game currently has more than 10,000 reviews on the Google Play store, and nearly 250 on Apple’s App Store. Imba advertises I Am Hero: AFK Teamfight as an “idle RPG” with elements of auto-fighting games. It’s free-to-play, with in-app purchases.

Riot Games has taken on copycat games in the past; in 2018, Tencent Holdings (Riot’s parent company), won a $2.9 million case in Chinese court over Moontoon’s Mobile Legends. It had originally filed the lawsuit in California before it was dismissed, according to Dot Esports.

More recently, Riot Games agreed to pay $100 million to settle a class-action gender-discrimination lawsuit that was filed following a 2018 Kotaku report that detailed widespread sexism at the company. The company is also currently fighting in court for information related to a scam ring impersonating the company.