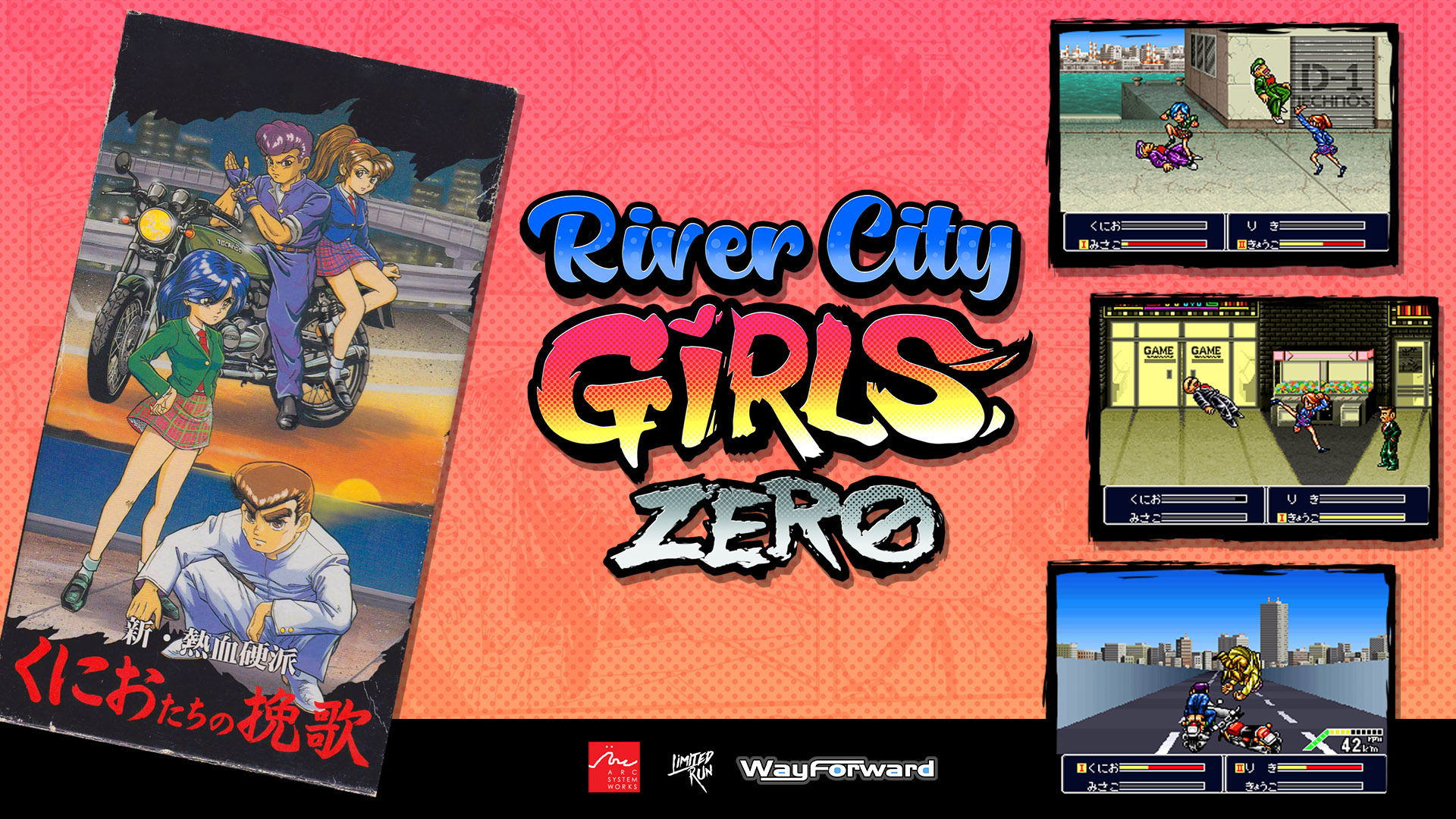 River City Girls Zero, the upcoming port of Shin Nekketsu Kōha: Kunio-tachi no Banka which was first released in 1994, has recieved a new trailer that offered gamers a look at the game and a date for when a physical version of the game can be pre-ordered. This will be the first time the title will be available outside of Japan, being rebranded as a prequel of the River City Girls spin-off series developed by Wayforward.

Announced through Destructoid, the newest trailer showcases lead characters Misako and Kiyoko as they play the 1994 classic as it was meant to be on a classic CRT TV. Fans of the series will be able to tell that the game uses the classic sprites and setting from the 1994 game, all untouched, but it will feature improvements such as a new anime intro, new theme song, and manga cutscenes. It will also be in English for the first time ever.

The trailer states at the end that the game will be available for physical preorder on January 28, 2022, through Limited-Run games which also released the physical version of the original River City Girls. While no release date was given, the game was originally intended to release in 2021, before being delayed to early 2022. It is expected to release before the official sequel, River City Girls 2.

As part of this, a collectors edition for the physical version was also announced which capitalizes on the retro nature of the game offering old-school action figures for both Misako and Kiyoko.

In total, the collector’s edition includes:

The collector’s edition will cost $149.99, which is a small price to pay to relieve the retro glory days. As usual with Limited-Run games, as the name implies, supplies will be limited so if you are interested, January 28, 2022, will be the best time to act.