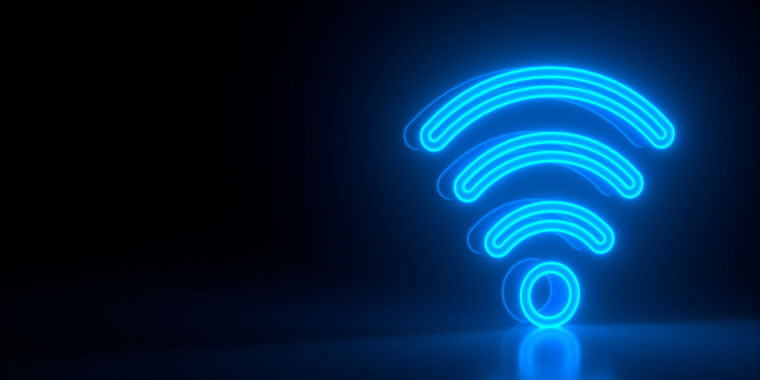 Wi-Fi 6E is the latest wireless tech standard, but due to components shortages, it wouldn’t be surprising if you never end up with a Wi-Fi 6E router or other supported tech and instead jump straight to the next generation, Wi-Fi 7.

Components shortages, which have hindered the availability of everything from graphics cards to Chromebooks, monitor panels, and integrated circuits for Wi-Fi, have impacted Wi-6E availability and adoption, telecommunications analyst Dell’Oro Group said in a statement released Thursday, as reported by Tom’s Hardware on Saturday.

“Although manufacturers launched Wi-Fi 6E products in mid-2021, products are either not available or they are in very limited supply,” Tam Dell’Oro, the founder and CEO of the firm, said in a statement. Dell’Oro added that Wi-Fi shipments are “significantly limited because of supply constraints,” except in China.

That’s not to say Wi-Fi 6E products are impossible to find. Some Android smartphones, like the Google Pixel 6, support Wi-Fi 6E, as do high-end motherboards for PC builders and even some laptops. But a quick search for Wi-Fi 6E routers shows fewer and more costly options compared to Wi-Fi 6 options.

Businesses are often early adopters of new generations of technology, but systems integrators have reported that businesses are showing greater interest in Wi-Fi 6 over the newer version, Dell’Oro noted. So when it comes to tech vendors prioritizing resources, Wi-Fi 6 is getting a bigger piece of the pie.

“Supply constraints have prompted manufacturers to focus on enabling the availability of popular models by re-designing these models with components that are more readily available,” Dell’Oro said.

Wi-Fi 6E differs from Wi-Fi 6 in that it can use the 6 GHz frequency band, adding 14 more 80 MHz channels and seven extra 160 MHz ones. Those upgrades help fight congestion and target fast speeds for applications like high-definition video streaming.

According to unnamed “ecosystem players” cited by the analyst, supply constraints impacting Wi-Fi 6E products won’t alleviate until the end of this year. And Wi-Fi 7 offerings, especially those aimed at businesses, could be available as soon as next year.

“With Wi-Fi 7 products shipping as early as 2023, we predict users will bypass 6E,” Dell’Oro said.

In January, MediaTek, which makes Wi-Fi chips, began live demos of Wi-Fi 7. The next-generation tech is expected to support a max theoretical throughput of at least 30Gbps, compared to Wi-Fi 6 and 6E’s 9.6Gbps, according to the Wi-Fi Alliance, which makes the specification. Upon conducting its live demos, MediaTek said it expects to have products available in 2023.

Besides limited supplies, federal regulations are also reportedly slowing down Wi-Fi 6E adoption. “In addition to supply constraints inhibiting the rate of adoption of Wi-Fi 6E, we have learned that compliance with regulations to operate within the 6 GHz spectrum are slowing the deployment process,” Dell’Oro explained. “Compliance processes have yet to be standardized and easy to implement.”