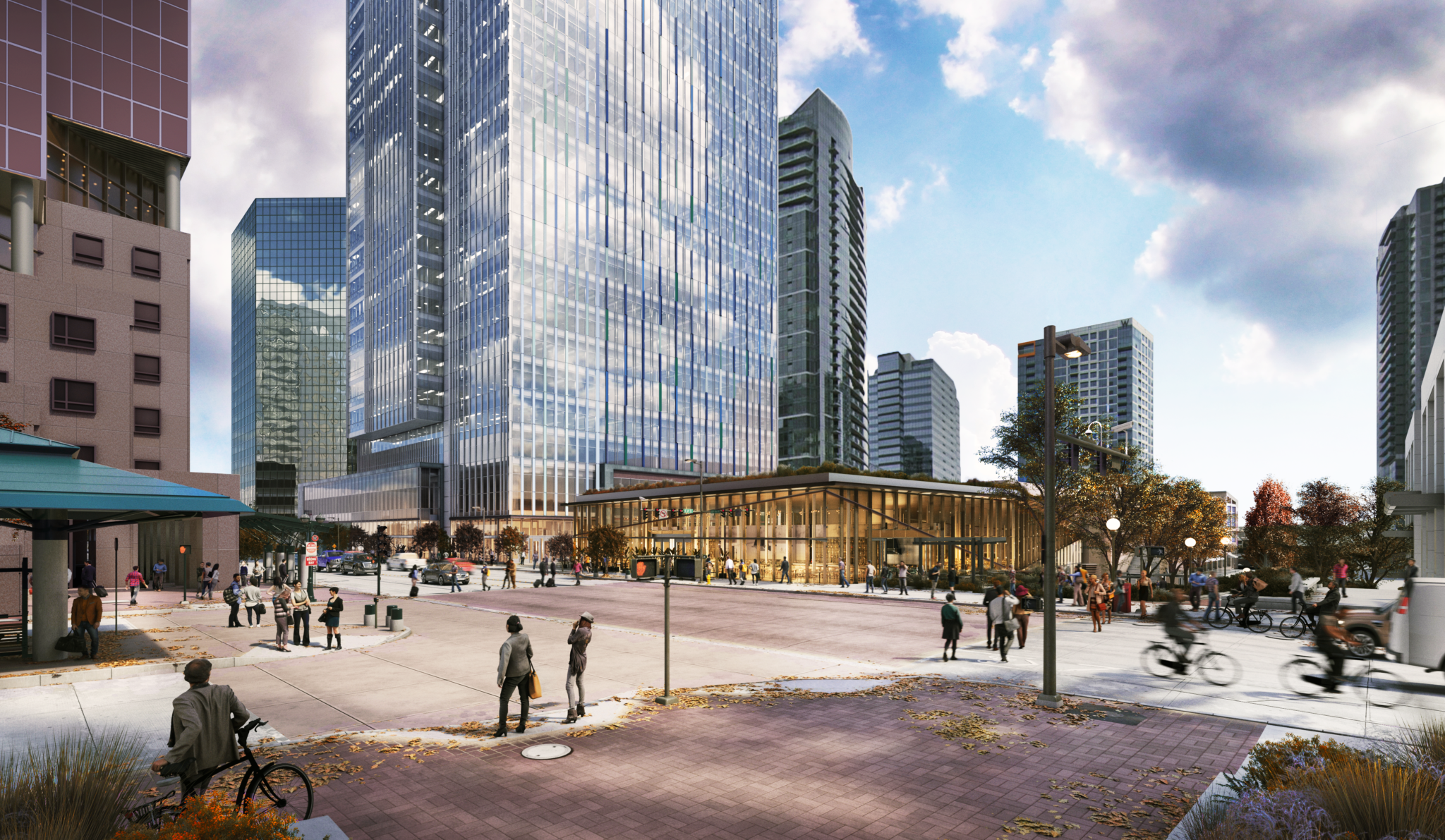 Shawna Swerland remembers the days when recruiting high-end technology talent to Bellevue was tough. The city just 12 miles east of Seattle was known as suburban, a bit dowdy and somewhat corporate, said Swerland, CEO of Fuel Talent. Bellevue was where your parents lived — not where a 20-something tech industry climber wanted to land.

“I think, a while back, it had a reputation as not having much of a soul,” said Swerland, who has been in the recruiting business for 27 years.

“But that’s really changed,” she added. “It’s so much easier now to recruit into Bellevue.”

That trend is part of the ongoing tech boom in Bellevue. Seattle-based Amazon plans to have 25,000 employees there, on par with the size of its second headquarters, or HQ2, in the D.C. area. Facebook is gobbling up more office space at the sprawling Spring District complex. TikTok parent ByteDance just planted its flag in Bellevue.

The city in Seattle’s shadow that often was mocked in the 1990s local comedy show Almost Live for being white and snooty — take this sketch of Bellevue businessmen one-upping each other as they brag over lunch about recent boat purchases — now seems to be finding its inner cool, some say.

“You can now recruit younger people into Bellevue and that wasn’t always the case,” said Rob Meredith, president of the business and recruiting consulting company Averro.

Meredith said the downtown is an easy sell to a potential employee. “There’s a lot to do,” he said. “The quality of life is great. So many companies all in one area you can walk to.”

Or maybe, Bellevue is just comparing well to Seattle at this moment in time.

National stories about protests, city council and police disputes, and tent cities didn’t help recruiters seeking to place people in Seattle. Bellevue, in turn, remained largely out of the news.

“It feels safer than Seattle,” said Meredith, who grew up in nearby Mercer Island. Added Swerland: “The impression is that Bellevue is more safe.”

Bellevue is adding jobs rapidly with the some of the fastest growth in the tech sector, according to the Puget Sound Regional Council. Overall, the number of Bellevue-based jobs is predicted to climb 20% over the next 20 years. Microsoft currently is the city’s largest employer, with nearly 9,000 people at its Bellevue hub, located just down the road from its Redmond, Wash., headquarters. Amazon will likely take the top spot over next decade.

Currently, 67% of the city’s residents work in management, tech, business, science and arts, the PSRC reported.

Tim Rogers, who is a part owner of staffing firms Quala and Concordis, said Bellevue’s name recognition is far better than it used to be. “It’s easier to recruit out-of-state into Bellevue than it ever has been,” he said.

Bellevue, ironically, might have increased its appeal among younger workers by becoming more like Seattle. Densely zoned urban centers such as East Main and the Spring District are expanding. City officials tout the walkability, restaurant and entertainment options.

The city of 154,000 currently is as racially diverse as Seattle, according to the 2020 census, although economically less so. Mass transit is improving with five light rail stations set to open in 2023. A 42-mile walking and cycling trail project — backed by a sizable donation from Amazon — is scheduled for completion in 2024.

These are the type of urban qualities that generally appeal to young tech workers, said Tyler Jorgenson, who at 22 is exactly that. Jorgensen, a machinist, was recruited to the region from California last year.

He now lives in Kirkland and works within the Microsoft Advanced Prototyping Center. But while he likes aspects of both Kirkland and Bellevue, he doesn’t see himself remaining as an Eastsider.

“I think I would rather live in Seattle,” he said. “Maybe Ballard or Fremont. There’s a lot more mixed-use zoning. Walking places. It’s really appealing.”

But that sentiment, the appeal of the city life, seems generally less important to new recruits, hiring managers said.

Shawn Sweeney, 26, was recruited to the region just a few months ago from Connecticut by Quala for a job at Microsoft. He lives in Seattle right now but he is thinking about moving to the Eastside.

“I do like a lot of the houses and space over there,” he said. “But mainly, I’d like to be closer to the mountains.”

Rogers, the staffing firm owner who grew up in Beacon Hill and attended Seattle’s Garfield High School, said Bellevue is seen as safer and cleaner. But would he have considered moving to Bellevue when in his 20s?

The fact is that while recruiters all say it’s easier than ever to recruit workers to Bellevue and that Seattle’s perceived decline has been a factor, they all agree that recruiting to any city is the big question as employers try to figure out the balance of remote vs. in-office work.

Bellevue is also one of the least affordable cities in Washington, according to housing data, so much of the projected Bellevue job growth might not be in Bellevue at all.

Swerland said while Bellevue’s appeal has soared especially for families, it pales in comparison to the most-desired work location: home.

“At least 75% of my contacts want remote work,” she said. It’s less about Seattle vs. Bellevue than remote vs. in-office, she added. “Bellevue might be getting more popular among job seekers, “ she said, “But that new Bellevue company employee might not end up living anywhere near Bellevue.”