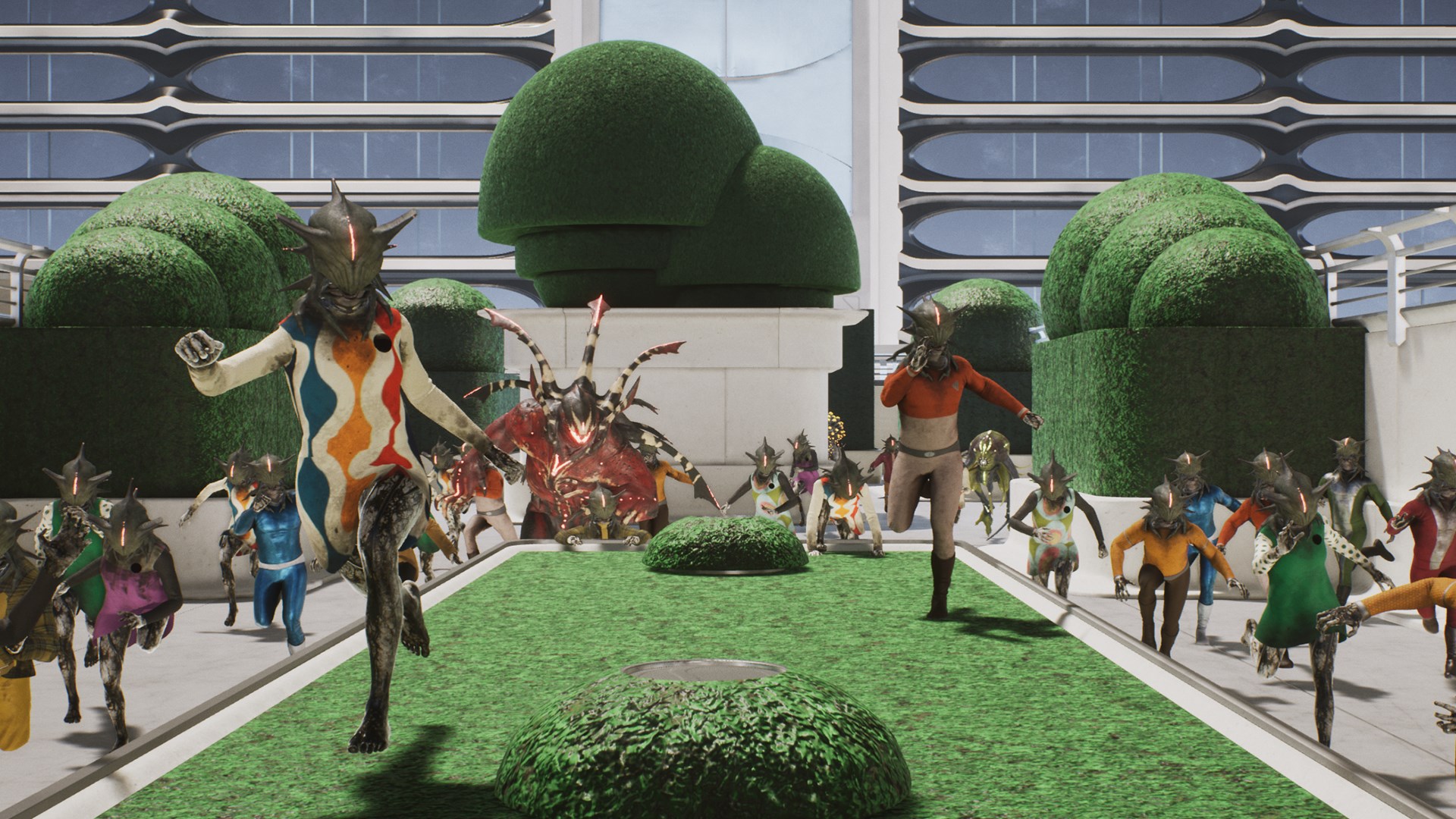 The Anacrusis is the debut game from Stray Bombay studios, a new team founded by veterans of Valve. Itself an answer to Valve/Turtle Rock’s Left 4 Dead series, The Anacrusis seeks to evolve the formula in new and exciting ways. However, whether it meets these lofty goals will depend on the final release, but early results are… inconclusive.

To back things up a tad, for those unaware of the game, The Anacrusis is a 4-player co-op survival shooter. Your goal is to venture out on multiple levels of a spaceship to fight against an alien menace, themselves evocative of the facehuggers from Alien. Along the way, you will be faced with a series of procedurally generated challenges and emergent gameplay moments as the AI spawns a variety of different enemies to face. It’s designed so that no two playthroughs are the same.

The rest of the game follows the typical Left 4 Dead formula. Your goal is to get to the safe house, survive the infestation and get to the next safe house to stock up on health and weaponry. Along the way, you will be faced with a variety of horrific enemies such as the bulky brutes, the sneaky grabbers and the slovenly goopers.

The game itself has four playable characters: Nessa, Guion, Liu and Lance, and while they can earn perks through stations throughout the game, they otherwise play identically, at least so far. They do however have some nice dialogue moments between them, so it’s worth keeping an ear out for them.

In terms of mechanics, there are a variety of weapons, both standard and special, but nothing out of the ordinary for the genre. However, where the game arguably makes the biggest first impression is in the level design. There is an impressive amount of verticality here and the maps are stuffed with unique places to hide and plan your next attack.

In terms of aesthetics, this is where The Anacrusis is arguably most separated from Left 4 Dead. Gone are the dark city streets, ruined shopping malls and bloody realistic zombies. Instead, Anacrusis opts for an art-deco future aesthetic evocative of Star Trek: The Original Series and Arkane’s Deathloop and Prey. The main hordes this time are less realistic and more silly, bleeding an orange substance all over the ground not dissimilar to Sunset Overdrive’s Fizz. It’s a fun world to take in, and it is a clear example of what strong art-direction can do.

As of right now, The Anacrusis has three story chapters and some added weekly challenges. There is not a ton of plot here, mostly just cutscenes to start and finish a chapter. However, as this game is part of Game Preview, the team fully intends to grow the game in new and exciting ways, and are even soliciting mods for the title.

Finally, to give my thoughts on what I’ve played so far, I think there is some potential here. The level design is very strong, the art direction is vibrant and lively. The characters are promising. However, I still think there are some meat and potatoes level mechanics that need to be solved. The gunplay is fairly rough around the edges and most of the weapons are not distinct enough in their current form. The performance on the Xbox Series X is frankly rather bad for the power of the hardware, with regular stutters, glitches and dropped frames.

The chapters last easily over an hour and can be difficult to get through in more challenging moments. This issue is compounded by a lack of checkpoints or a save system which means you have to have the time to complete these missions in one sitting or fail trying, which is somewhat of a big ask of players. The AI, thankfully, is very strong and AI teammates rival real ones.

I also think as a harsh reality, releasing this game hot on the heels of Back 4 Blood and Aliens: Fireteam Elite and right before Rainbow Six Extraction and Warhammer 40k Dark Tide may not have been the wisest decision. All of these aforementioned games are targeting a very similar demographic, are available on Game Pass, and simply as a matter of fact, have significantly more resources poured into them. That’s not to say this game cannot carve out a decent-sized niche and thankfully, The Anacrusis is an early-access title and thus certainly has the potential to blossom into something great. However, as it stands, you only get one first impression, and I do think there will be an uphill battle for this game in the wake of such lofty competitions. Can David trump Goliath? Only time will tell.

All in all, The Anacrusis is definitely one to watch. It has great style, some clever AI and some exceptionally designed levels. However, it still needs to nail down some of the basics to reach the lofty heights of its inspiration.

Huge thanks go out to Stray Bombay Company for providing us access to The Anacrusis via Xbox Game Preview. If you wish to check out the game for yourself, hit up the Xbox Store – it’s playable on Xbox One and Xbox Series X|S (optimised for next-gen). It’s also available through Game Pass.