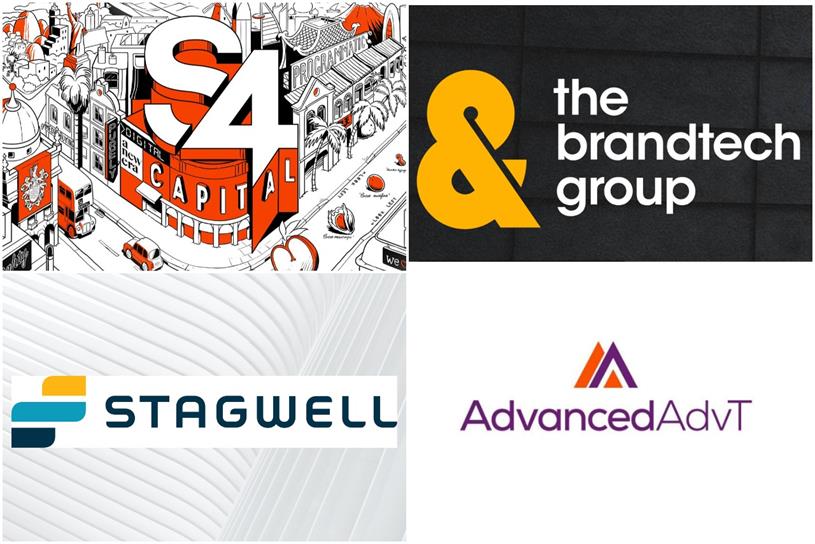 Be honest, how many of you had heard of Stagwell, AdvancedAdvT, Dept, Fimalac or Azerion a few months ago?

While Sir Martin Sorrell’s S4 Capital and David Jones’ Brandtech Group (formerly You & Mr Jones) may be better known, these companies, among others, are some of the newer emergent investors and acquisitors that are busy reshaping the UK advertising sector.

You have certainly heard of some of the names that they are investing in: Goodstuff, M&C Saatchi, Byte, Jellyfish, Inskin Media.

What makes them and other similar organisations interesting is that, despite their limited incumbency in UK advertising, they see enormous potential and are supported by funds that are allowing them to build and consolidate complementary advertising disciplines from across the ecosystem of creative, media, tech and data.

Was it ever thus?

Well, not quite. What makes 2022 different is that we are witnessing a perfect convergence of three of the most powerful forces in advertising: talent, technology and finance. All are going through fundamental evolutionary development that is combining to build the next chapter for advertising.

In short, 2022 promises to be a pivotal year for advertising.

Let’s start by following the money: what is so different now? Outside investors are showing more faith in our industry than many of the self-appointed advertising industry pundits who make a living out of criticism.

There has never (yes, never) been so much private investment looking to invest in advertising in its various forms.

In 2021, according to PitchBook, $671bn (£500m) of private investment went into start-ups and early-stage businesses globally, representing a four-fold increase versus five years ago. Advertising has picked up its fair share of this boom.

These investors are looking to rebuild and reshape the industry, unencumbered by the need to re-engineer existing outdated assets. This is a consolidation born out of opportunity and growth, not one born out of adversity and commoditisation.

Adtech, martech and createch are again on the march. Historically, agency businesses have focused on their service proposition, integrating other people’s technologies for their clients.

Over time, some agencies became tech platform resellers, which resulted in the seeding of power to the owners of the technology.

The difference for advertising in 2022 is that now the interdependence of the technology layer and the service layer in advertising is better understood.

Agencies, previously fearful of being able to successfully develop and nurture tech, are now actively investing to create a stronger tech and service combination.

Tech companies in areas such as ecommerce, video creation, repurposing social content, AR/VR and so forth are all being eyed by agency groups.

This new consolidated service and tech model may prove to be the dominant model in years to come as agencies develop their own tech to manage the free web, outside of the ever-more restricted world of the walled gardens.

The most vital ingredient is always talent. Ask any serious investor what they invest behind, and the answer is the same: the talent, the team.

Great talent in advertising has always been contrarian, keen to find a better way, happy to question conventional wisdom.

While the advertising industry’s listed incumbents find themselves with extraordinary numbers of open positions, talent is on the march.

Talent is being attracted by new opportunities in earlier-stage businesses, where they can be part of building the future, rather than being a platform reseller or integrator of somebody else’s tech.

The opportunity to own equity is also an obvious draw. What is seen as “The Great Resignation” for incumbent companies is in fact turning out to be the great reawakening for talent, remembering why it got into this industry in the first place.

The traditional listed service groups are, of course, responding and once again becoming more serious acquisitors. Indeed, it now easier to see a rationale for the previously damned idea of a merger within the six traditional listed holding companies.

The creation of three or four groups that would have greater strength to acquire and scale technology is starting to look like a viable strategy, given that, in technology, scaling is the key to success.

So, we have three powerful forces, in combination creating a new wave of business-building consolidation.

This change is bringing about new combinations while the entrepreneurs and leaders involved are having a whole lot more fun than they were defending incumbency and facing a stream of negative criticism about the sustainability of the agency model.

Three powerful forces creating a new wave for our industry.

Iain Jacob is chair of UKOM and Cinema First. He was also chair of Inskin Media when it was sold to Azerion.