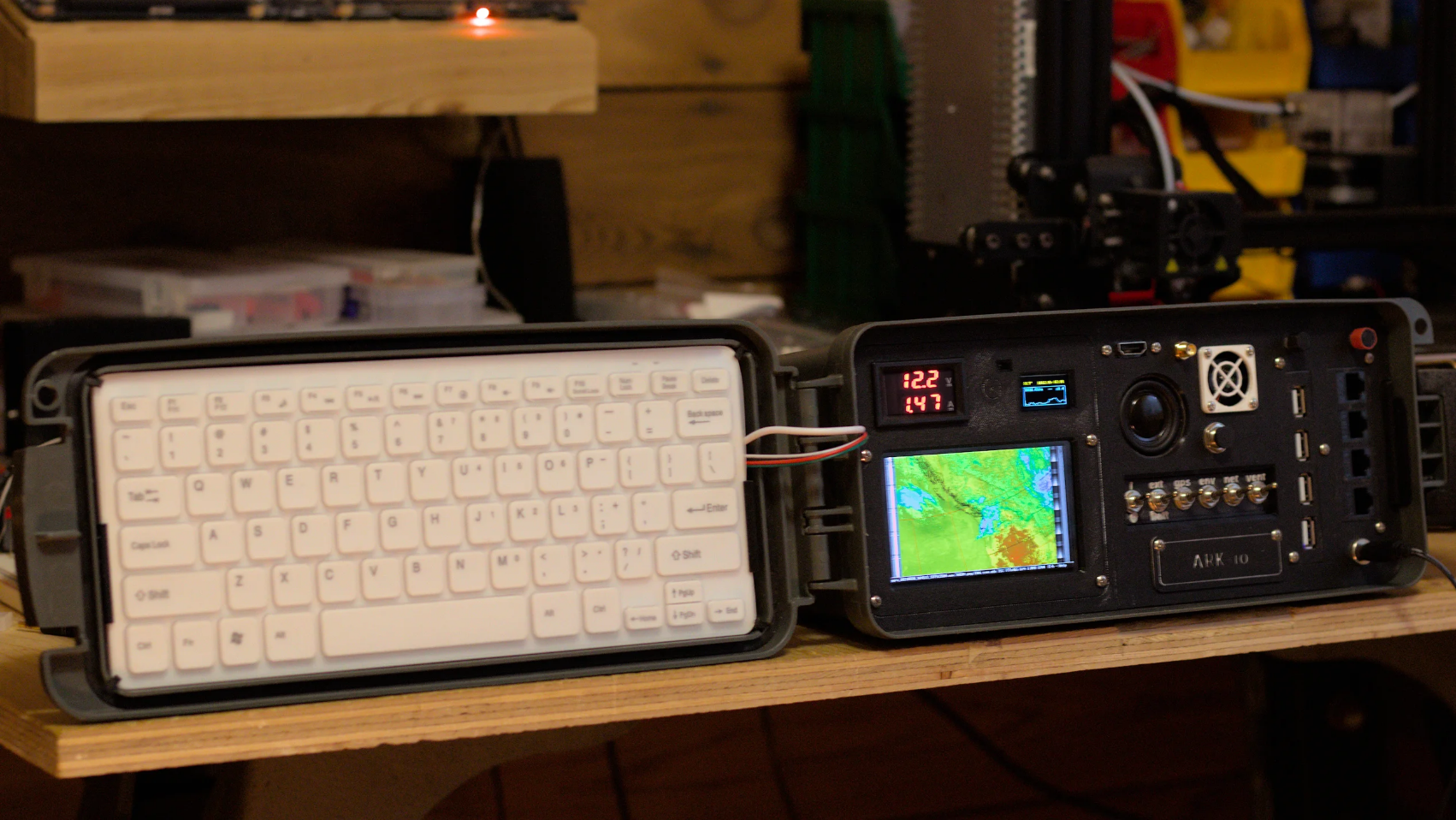 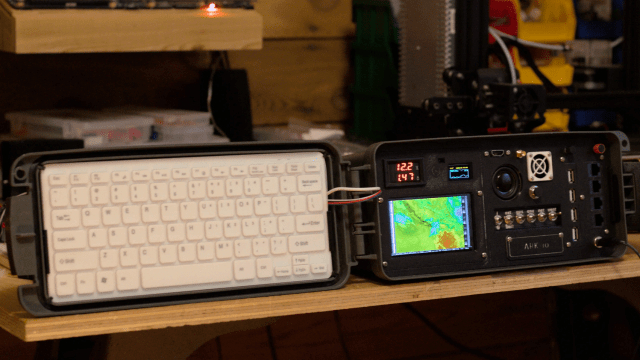 In the cyberdeck world, some designs are meant to evoke a cyberpunk vibe, an aesthetic that’s more lighthearted than serious. Some cyberdecks, though, are a little more serious about hardening their designs against adverse conditions. That’s where something like the ARK-io SurvivalDeck comes into play.

Granted, there does seem to be at least a little lightheartedness at play with the aptly named [techno-recluse]’s design. It’s intended to be an “Apocalypse Repository of Knowledge”, which may be stretching the point a bit. But it does contain an impressive amount of tech —  wide-band software defined radio (SDR) covering HF to UHF, GPS module, a sensor for air pressure, temperature, and humidity, and a Raspberry Pi 3B running Kali Linux. Everything is housed in a waterproof ammo can; a 3D printed bezel holds an LCD touchscreen and a satisfying array of controls, displays and ports. The lid of the ammo can holds a keyboard, which was either custom-made to precisely fit the lid or was an incredibly lucky find.

There’s a lot to like about this build, but our favorite part is the external dipole for receiving NOAA weather satellite imagery. The ability to monitor everything from the ham bands to local public service channels is a nice touch too. And we have no complaints about the aesthetics or build quality either. This reminds us of an earlier cyberdeck with a similar vibe, but with a more civilian flavor.

Thanks to [Kate] for the tip.