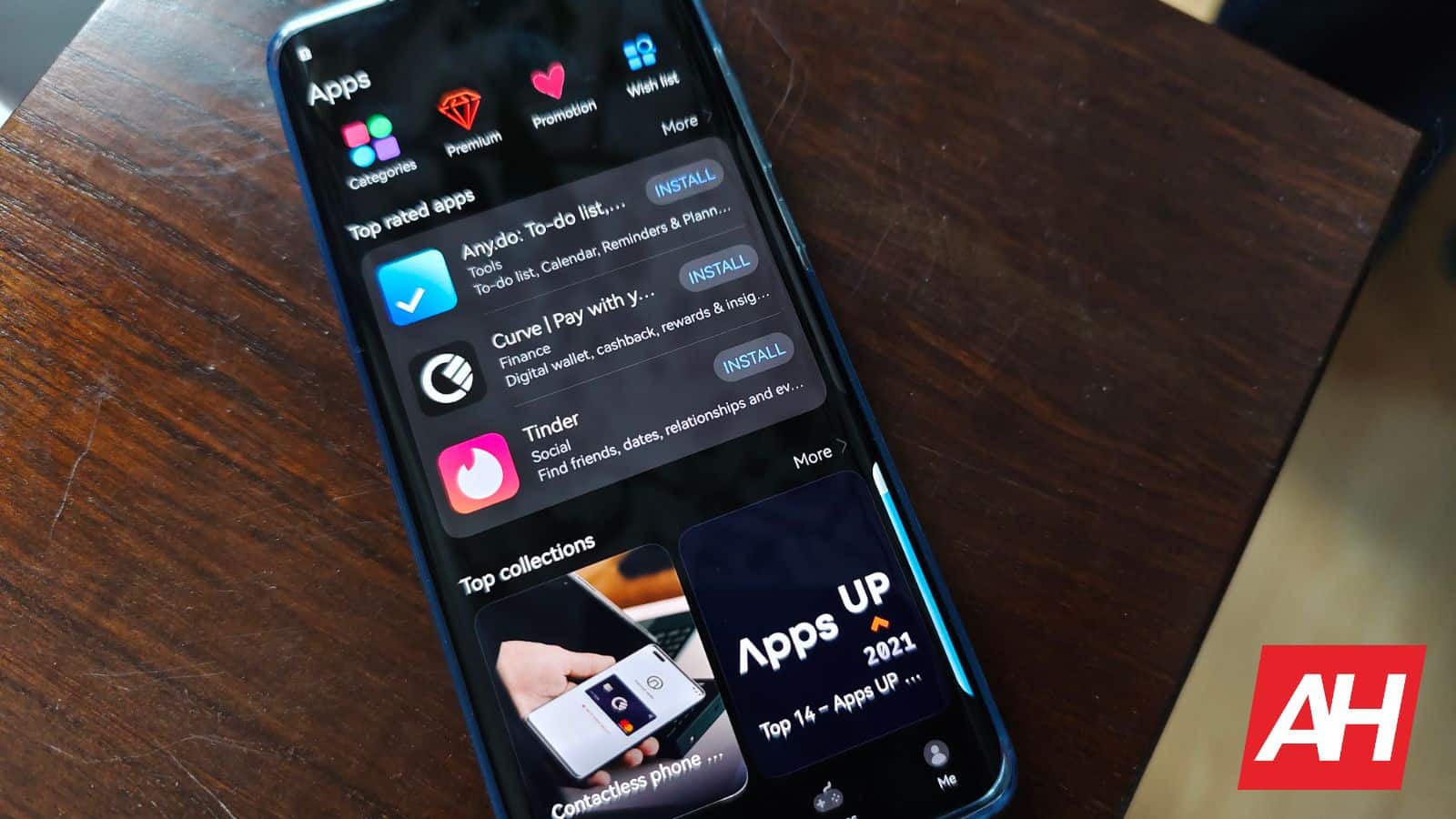 The vast majority of you probably use Google Play Store exclusively. That is Google’s official app store, and it comes pre-installed on the vast majority of Android smartphones, as part of Google services. It is not the only Android app store out there, though, not even close to that. There are quite a few third-party solutions available. Some of them you may have heard of, and you may already be using. In the list down below, you’ll see 10 third-party Android app stores, some of the very best ones.

In this article, we’ll talk about each of those app stores. There are various different reasons why you may want to use them. Perhaps you’re using a smartphone without Google Play Services, like Huawei’s phones. Perhaps you want access to apps that are not available in the Google Play Store, or you simply want to avoid dealing with Google for whatever reason. To each its own. Either way, there are quite a few options out there. 10 out of 11 apps below are available to download, while two of them are exclusive to the OEMs on whose phones they come installed on.

Before we continue, however, do note that you should proceed with installing APKs from unofficial sources with caution. These are all well-known third-party solutions, but there’s always a chance a malicious APK could find a way to your phone. That is the case with Google’s official store as well, but just be warned. You should be careful when downloading apps, and note which permissions should be granted, and which should not.

Having said that, not a single one of these app stores is available via the Play Store, of course. You will need to download and install them manually. In order to do that, you’ll need to sideload them on your phone. That will require you to enable third-party app installs. Just be careful while you do all that.

Below is a quick overview of the top 10 best Android app stores for 2022, including any download and in-app purchase costs.

Below is a little more information on each app, and a direct link for easy downloading.

All download links go to the app’s Google Play Store listing. Users are always recommended to download apps from Google Play or an authorized app store. Amazon has its own app store, and that has been the case for a long time now. It’s called the Amazon App Store, and it’s one of the best Play Store alternatives. This app store has a ton of apps at your disposal, and the same goes for games. There are a bunch of major titles available here. It does not have the same number of apps like the Play Store, of course, but it’s a worthy alternative

The design of this app is rather simple, but that’s mostly a good thing. You can easily install this app on your Android smartphone, if you want. You can get it from Amazon, from the link below. Simply download it, enable what is required, and you’re good to go. Do note that this is also one of the most popular third-party Android app stores out there. F-Droid has been around for a long time. In some circles, it’s immensely popular. It has a very rich library of Android apps, and many apps that are not even available in the Google Play Store. Many people trust the F-Droid with their app needs, and it sure is a really good offering. This app store caters to power users the most, as they are the ones looking for different types of apps.

You will, however, also find many regular apps here, for everyone. F-Droid is definitely not just for power users, even though it’s most popular in those circles. This app store is open source, and every app on the platform is also open source, which is definitely worth noting. Unlike other app stores, you can actually find F-Droid alternatives on F-Droid itself. Aurora Store managed to become quite popular as of late. This is a direct Google Play Store alternative that not only offers a rich library of apps, but a really nice design as well. This is also an open-source platform, and it allows you to download apps, update existing apps, search for new apps, and so on. It can even spoof your location, if that’s something you need.

There are various different categories in this app that you may want to check out. Ranging from ‘For You’, to ‘Top Charts’ and ‘Editor’s Choice’. The app offers a simple, and yet really nice design, that is really enjoyable to use. You can also browse apps based on categories, as you would in the Google Play Store. The app can adapt to your system theme as well, so you have access to both light and dark themes. Samsung Galaxy Store is Samsung’s very own Android app store. It comes pre-installed on Samsung devices, and it is a good offering. It improved a lot over the years, that’s for sure. Do note that this is the only app store from this list that you cannot install on most Android phones. Why? Well, it’s exclusive to Samsung smartphones, as you could have guessed based on its name.

The UI of this app is very clean, though, and it’s so easy to navigate it. You can browse apps based on their popularity, and the same goes for games. You do have access to different app and game categories, if you’d like to search for apps/games that way. All in all, this is a very competent third-party Android app store, though it likely has a smaller library than the Amazon Appstore. We can’t be sure, though. Huawei AppGallery is Huawei’s very own Android app store. Despite the fact this app store comes pre-installed on Huawei’s smartphones, you can install it on Android phones from other OEMs. Huawei started heavily investing into this store when it learned of the US ban. As most of you know, Huawei smartphones don’t come with Google services these days, which forced Huawei to look for alternatives for the Play Store.

Huawei AppGallery grew… a lot. It has a huge database of apps, though it’s still nowhere near the Play Store, of course. Still, there are tons of apps here, and you can browse them through a really nice-looking UI. AppGallery even has some exclusive apps and games that you can check out, like the MetroLand, which is a different version of Subway Surfers games made for the AppGallery. APKMirror isn’t technically an app store, but rather an app repository. Still, we decided to put it on this list, as it’s one of the best Android app repositories on the Internet. Some third-party app stores actually point you in APKMirror’s direction for APKs, so… it definitely deserves to be on this list. It has a truly huge database of apps, as it has been around for quite some time now.

APKMirror is actually one of the best-known app repositories online. You can find tons of both apps and games here. It’s a great way to get apps that may not be available to your via the Play Store, or a way to install a previous version of a now-buggy app. Regardless, it’s very nice to have it readily available. APKPure is technically a third-party app store now, though it was basically just an app repository. Regardless, this is a very good source for Android apps, and a rather capable app is available for it. Some other third-party app stores actually point you in the way of APKPure still. If an app is not available in the Huawei AppGallery, that app will find it on APKPure, and point you in that direction.

The UI of this app is very clean, and the app is functional in general. There are tons of categories that you can browse through, more than in the Google Play Store, in fact. All in all, it has everything a good app store should have. APKPure app is free to download, as is every other app linked here, so check it out if you’re interested. Aptoide is yet another app store that has been around for ages. It has a very good base of Android apps, but the main appeal of it is… its regulations aren’t as strict. What do we mean by that? Well, for example, adult (NSFW) apps are allowed here. That is not the case on the vast majority of other app stores. Some apps that are operating in the gray domain are also available to download here.

That being said, considering such regulations, there’s also a higher chance you could catch malware here, by downloading one of the apps that are not available anywhere else. So, be extra careful before you proceed here. You can also use it without creating an account, which is a good thing from the security perspective. APKUpdater is not exactly an app store, but it’s a truly great app worth mentioning here. This app can be truly priceless for Huawei smartphone users, for example. So, what does it do? Well, its name is pretty revealing. This app allows you to update your existing apps (the ones installed on your phone), without using an actual app store. So, if an app wasn’t available on your Huawei smartphone from AppGallery, and you installed it via some other app store, you can keep it updated by using APKUpdater.

This app will source its APK download from multiple sources in order to deliver updates your way as soon as possible. The UI is quite clean and simple, and it simply works. You can also search for apps via this app, but it’s nowhere near as good as you’d get with an actual app store. So, it’s best to use it just for its main purpose, to keep your apps up to date. Yalp Store is quite an interesting third-party app store. Why? Well, this app store actually uses Google Play Store APKs, but without using the Play Store itself. That, in turn, allows you to download and update apps from all the right places without dealing directly with Google’s Play Store. The UI is not the best-looking in comparison to most other apps on the list, but the app works really well, and the UI is good enough.

You don’t even need your Google account in order to use this application. So, you can use it without dealing directly with Google Play Store in any way. If you’re rooted, you can get some advanced features as well. Yalp Store can be downloaded from F-Droid, one of the other third-party app stores on the list. If you like Asian games that come from Asian developers, QooApp is the app store for you. This app store is completely different than all others we’ve mentioned in terms of content. It has a heavy focus on Asian games. It is not limited to them, though, as it has a rather rich library. If you really want Asian variants of some games, for example, this is the perfect place to get them.

If you’re not really a fan of Asian games, then other app stores are probably a better call. QooApp focuses on such content, and its library doesn’t really have many apps that you’d expect to find in a regular app store.