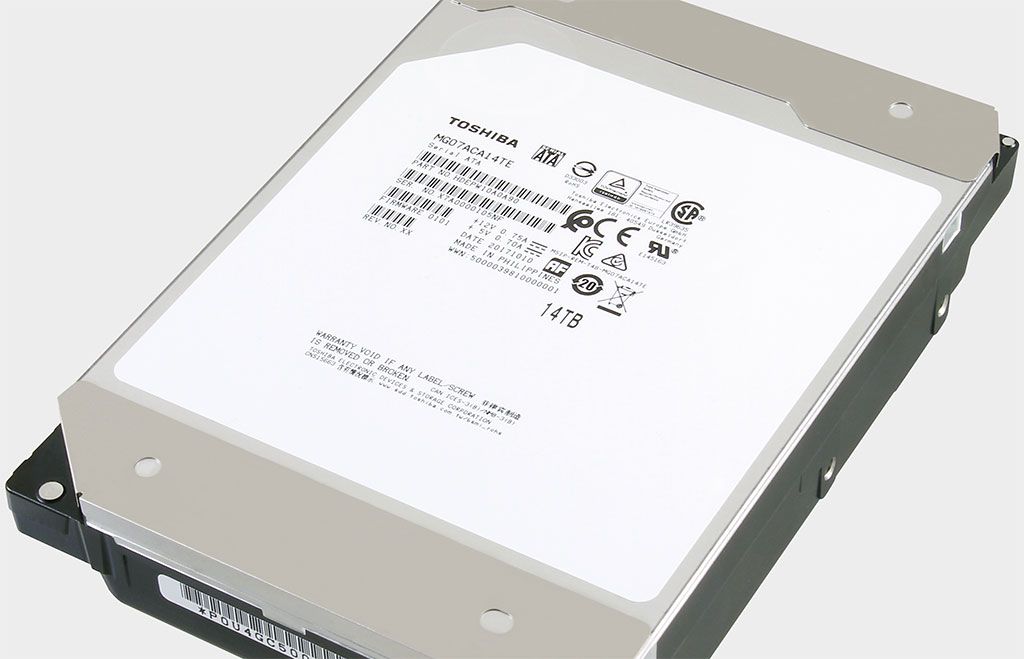 4k+ HDR films and giant modern games have made PC storage more demanding than ever. I never dreamed I’d fill a single 1TB HDD as a kid, and now I have multiple just laying around my house, too small to be worth taking up the space in my tower. One day we may even have Data crystals able to hold unfathomable amounts in cold storage. For now, Toshiba has laid out its roadmap for the future of HDDs.

A Business Wire press release (thanks Tom’s Hardware) outlines the company’s vision for the next five years. The ambitions include releasing a 26TB HDD in about 4 months time as well as a 30TB drive in 2023, followed by a whopping 40TB or more drive in five years time. Toshiba’s current high capacity drives cap out at 18TB, so this is going to be a significant step up.

The first step in this roadmap is a 20TB drive not too dissimilar from Toshiba’s current 18, allowing the company to catch up on sizes currently offered by other brands like Western Digital. The main difference between this drive and the previous 18TB model is that this will install an extra platter bringing the count from 9 to 10, and allowing for more storage. This will be a great base to test the company’s new storage technology without having to make something brand new.

The 26TB HDD to follow will also use this 10-platter helium-filled platform, but will use a new microwave assisted switching technology to further increase storage capabilities. This change will require Toshiba to make other changes to the other components which could be quite costly and requires collaboration with other technology partners. The 30TB drive that Toshiba plans to release in five years time will also use technology but add yet another platter to reach the size.

To get any larger, Toshiba plans to move to yet another recording technology called Heat Assisted Magnetic Recording or HAMR. HAMR is looking like the front runner for the future of HDD recording but it will again force the company to restructure its production. It will also require even more collaborative work so it’s unlikely we’ll see this change in mass production any sooner than the five year mark Toshiba has given due to these hurdles. But who knows how big games are going to be by then, we may well need it.

“Toshiba continues to work closely with the cloud companies to understand their exact capacity and performance requirements, and the ability to utilize our next-generation technologies will be key to meeting our customers’ needs,” said Raghu Gururangan, Toshiba America Electronic Components, Inc. Vice President, Engineering & Product Marketing. “Many years of close collaboration work with our key component suppliers is leading to impactful technology breakthroughs to achieve higher capacities, which ultimately reduces TCO (total cost of ownership) of our nearline HDDs.”

Based on this I’d hold off buying any HDDs unless absolutely necessary for the moment. With higher capacity drives on the horizon current lines have a chance at getting much cheaper, and there’s nothing worse than buying tech that immediately goes down in price thanks to new advancements.