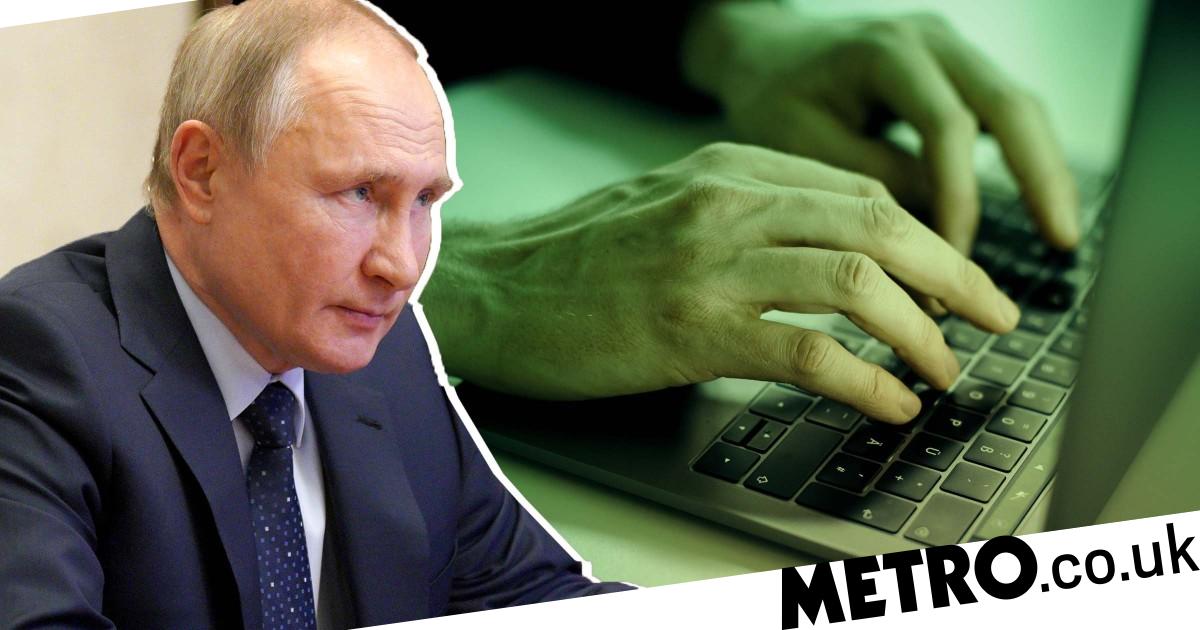 Ukraine has said Russia was behind a cyberattack that defaced its government websites and alleged Russia was engaged in an increasing ‘hybrid war’ against its neighbour.

The statement from the ministry of digital development came a day after Microsoft said dozens of computer systems at an unspecified number of Ukrainian government agencies had been infected with destructive malware disguised as ransomware.

That disclosure suggested the attention-grabbing defacement attack on official websites last week was a diversion.

‘All evidence indicates that Russia is behind the cyberattack. Moscow continues to wage a hybrid war and is actively building up its forces in the information and cyberspaces,” the ministry statement said.

The attack comes as the threat of a Russian invasion of Ukraine looms and diplomatic talks to resolve the tense standoff appear to have stalled.

Microsoft said in a short blog post on Saturday that it first detected the malware on Thursday. This would coincide with the attack that simultaneously took some 70 Ukrainian government websites temporarily offline.

It said it did not know how many more organisations in Ukraine or elsewhere might be affected but said it expected to learn of more infections.

US national security adviser Jake Sullivan said on Sunday that American and private-sector companies were still working to determine the source of the attacks.

He said the US had warned for months about the possibility of cyberattacks from Russia and had been working with Ukraine to improve the country’s defences.

‘This is part of the Russian playbook,’ he said on CBS television’s Face The Nation programme.

A top private sector cybersecurity executive in Kyiv, Oleh Derevianko, said the intruders penetrated the government networks through a shared software supplier in a supply-chain attack like the 2020 SolarWinds Russian cyberespionage campaign that targeted the US government.

In 2017, Russia targeted Ukraine with one of the most damaging cyberattacks on record with the NotPetya virus, causing more than 10 billion US dollars (£7.3 billion) in damage globally.

That virus, also disguised as ransomware, was a so-called ‘wiper’ that erased entire networks.

In Friday’s mass web defacement, a message left by the attackers claimed they had destroyed data and placed it online, which Ukrainian authorities said had not happened.

The message told Ukrainians to ‘be afraid and expect the worst’.


MORE : What is cyber flashing and is it a crime in the UK?