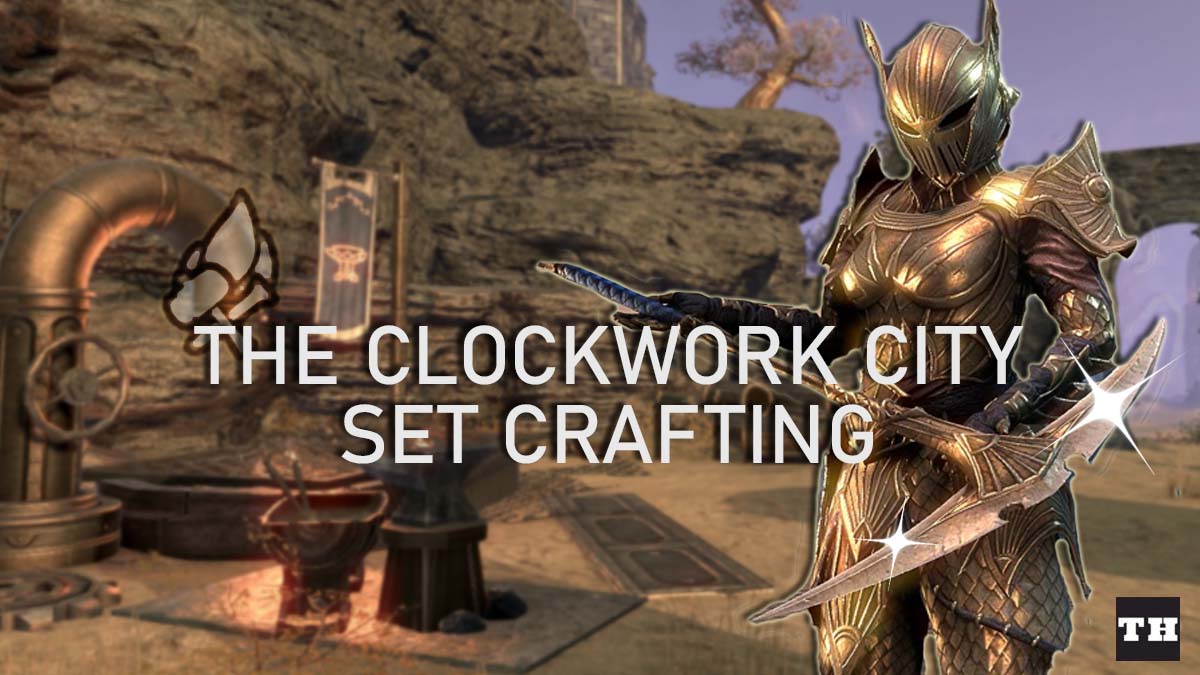 The Clockwork City is Sotha Sil’s mechanical city, tucked away deep beneath Morrowwind so that only a select few may enter the miniature technocracy. The Tribunal god’s tinker-toy city is famous for its use of magic-backed technology, so it’s only safe to assume that there would be some unique enhancements to be made to your weapons and armor here. In this guide, we’ll show you where to find each set crafting station in the Clockwork City.

There are three set crafting stations located in The Elder Scrolls Online’s Clockwork City; Restricted Brassworks, The Refurbishing Yard, and the Pavilion of Artifice. Thanks to the relatively small size of the Clockwork City, each crafting location can be found pretty easily near or inside the city’s walls.

Each crafting location is used to craft a different gear set. Crafting writ vouchers can be traded to Rolis Hlaalu for attunable crafting benches, which can be used at these locations to gain the crafting set in your player home.

The craftable sets are as follows:

This set is great for bow builds and anyone looking to do high amounts of critical damage. In order to craft an item in this set, you must have 6 traits researched on the piece of gear you want to make.

Fortified Brass is great for any tanks who absolutely hate physical damage. The stacking armor makes you great in Pvp vs 2handed and Sword and Board users. Be weary of bow and dual wielders however, as many of their abilities do poison damage instead of physical. In order to craft an item in this set, you must have 4 traits researched on the piece of gear you want to make.

Innate Axiom is an all-around powerful set for DPS classes who like to spam abilities. While the gear is more tuned to magicka classes, it can provide useful stats to stamina builds as well. In order to craft an item in this set, you must have 2 traits researched on the piece of gear you want to make.

That’s everything you need to know about sets in the Clockwork City! Be sure to check out our other Elder Scrolls Online Guides to make your trip to Sotha Sil’s realm a little bit easier.